The 2019 NRL Telstra Premiership season begins on Thursday 14 March 2019, but many clubs have already revealed the brand new jerseys that they’ll be wearing in their quest to lift the Provan-Summons Trophy.
NRL teams often keep things pretty consistent on the jersey front from season to season, but things will look and feel a bit different this year regardless thanks to the presence of the new NRL logos and branding that was revealed last month.

Read on to check out all the new 2019 NRL Telstra Premiership jerseys that have been revealed so far, and don’t forget to check back as we’ll add all the new designs as they’re unveiled.

After two seasons in an ISC design that was very similar to their previous Nike jersey, the Broncos have mixed things up while keeping it classic for 2019.

The home design is classic maroon shirt with a prominent gold band around the middle complete with white pinstripe trim. 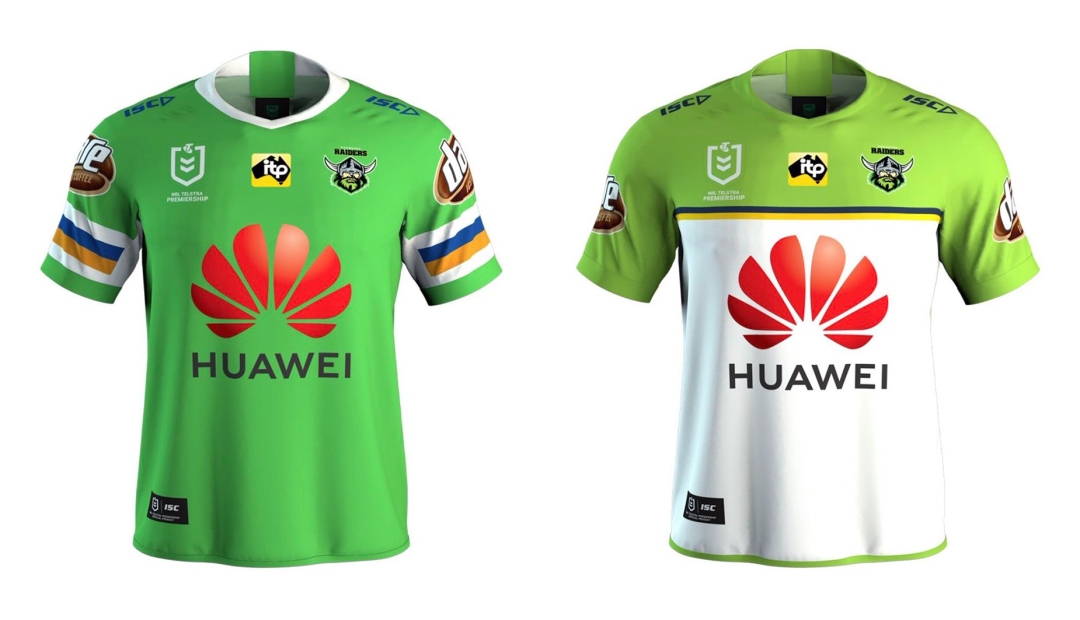 It’s more of the same for the Raiders in 2019, with a home shirt that’s very similar to the 2018 version, but with a slight tweak to the sleeve stripes and the new NRL logos.

The away shirt however is a rather nice new design with a white and lime green jersey accented by a pair of gold and dark green pinstripes running across the chest.

The Bulldogs ended their long association with Canterbury this past offseason, opting to sign a long-term deal with Australian league specialists Classic instead.

No new jerseys for the Sharks yet, and given that they got some striking new XBlades home and away jerseys last season, we don’t expect anything other than minor tweaks for 2019.

The Titans have leapt from BLK to Classic in the last few season, and 2019 sees them becoming the flagship club for another emerging sportswear brand – Dynasty.

The new home shirt is a darker blue than we’ve become used to from the Titans, complete with an interesting stylised chevron.

The Sea Eagles have been wearing the same classic maroon home jersey with white pinstripes for the last two seasons, and very nice that it may have been, we’re hopeful for something new from ISC in 2019.

No news on that front yet, however, though new training shirt features a lot more darker accents, so maybe that will be a feature this season?

The Storm signed on with ISC last season, and went suitably classic-looking for their 20th anniversary jersey.

No official news on what the Storm will don for 2019 yet, but we wouldn’t bet against a second season with the 2018 version – sans the 20th anniversary crest, of course.

The Knights have responded to fan calls for a return to a more classic set of jerseys for 2019 with their new ISC shirt.

The primary jerseys for the new season are much more akin to the club’s regular heritage design, with irregularly sized red and blue hoops the order of the day. 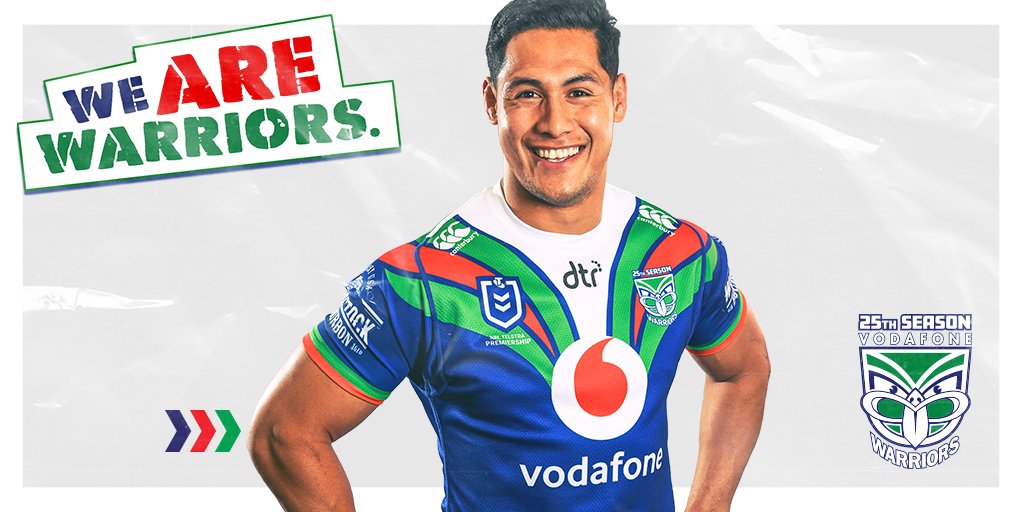 Perhaps the most talked about new jersey for the 2019 season is the new Warriors home jersey, which goes back in time to celebrate the club’s 25th anniversary.

The shirt ditches the black, red and grey of recent years and instead harks back to the club’s original colours of blue, white, green and red in pretty spectacular fashion.

As the Cowboys had a new set of shirts in 2018, they’ll be keeping their home and away jerseys for 2019, albeit with the new NRL branding, of course.

They do however have new Women In League and ‘Defence’ jerseys that they’ll wear over the course of the season.

The Eels signed up with ISC last season, and their pinstriped home and away jerseys were some of our favourites in the NRL in 2018.

Happily then, they’re keeping it around for another season, albeit with the new NRL branding and a new shirt sponsor.

The Panthers signed with Classic Sports last season and kept things moving in a very 90s direction with their home and away jerseys.

2019 strikes a nice balance between that shirt and something a bit more modern with home and away jerseys that mix the classic red, yellow and green stripes with tonal pinstripes.

The Rabbitohs jerseys are pretty iconic, of course, but the fact that the basic design has barely been tweaked since 2014 is getting a little silly now.

We don’t doubt that 2019 will bring more of the same, but a return to hoops that actually go all the way around the design would be a dramatic improvement. 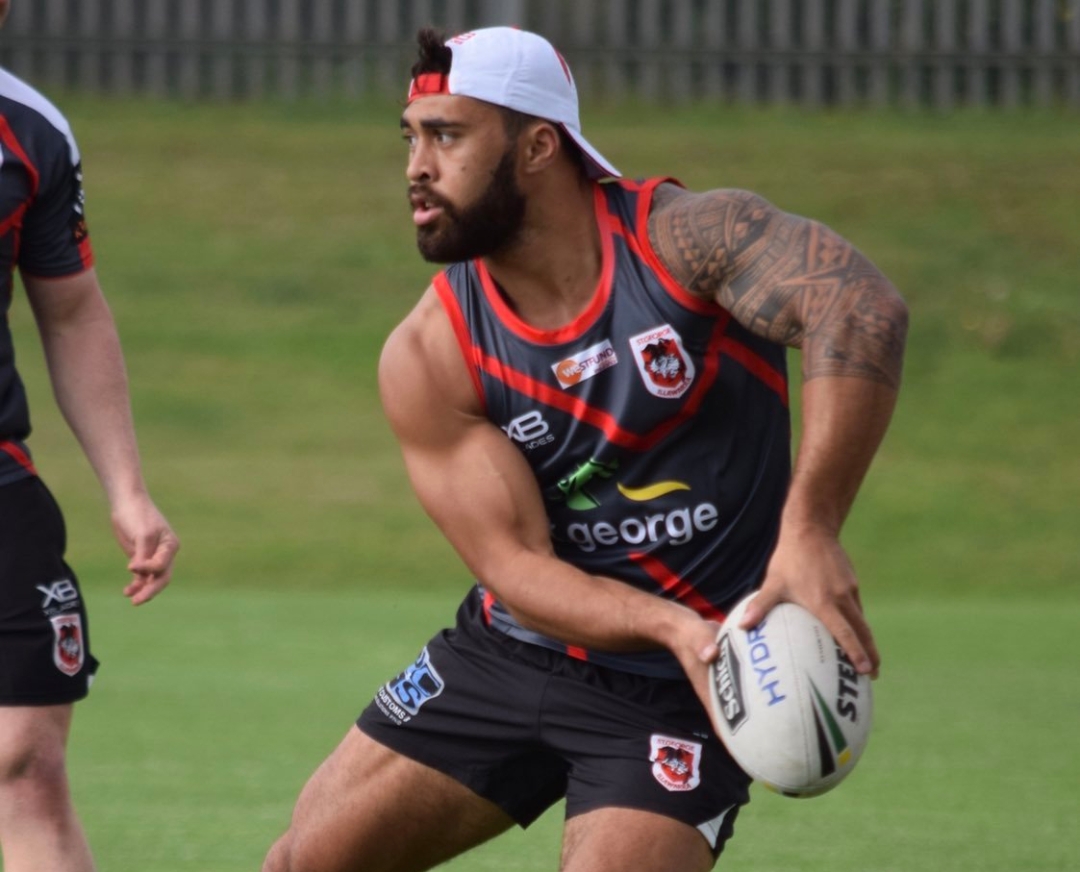 Like the Sharks, the Dragons got themselves a striking new set of XBlades home and away shirts last season, so we’re not expecting anything new for 2019.

However, nothing’s been officially revealed for the new season yet, asides from the above training kit, so it remains to be seen if we’ll get anything more than a new branding refresh.

Like their Sydney rivals the Rabbitohs, the Roosters’ jersey has basically been the same for years now – perhaps too many years.

But with the champions still in the glow of their first Premiership title since 2015, maybe we’ll see something a little different for 2019? 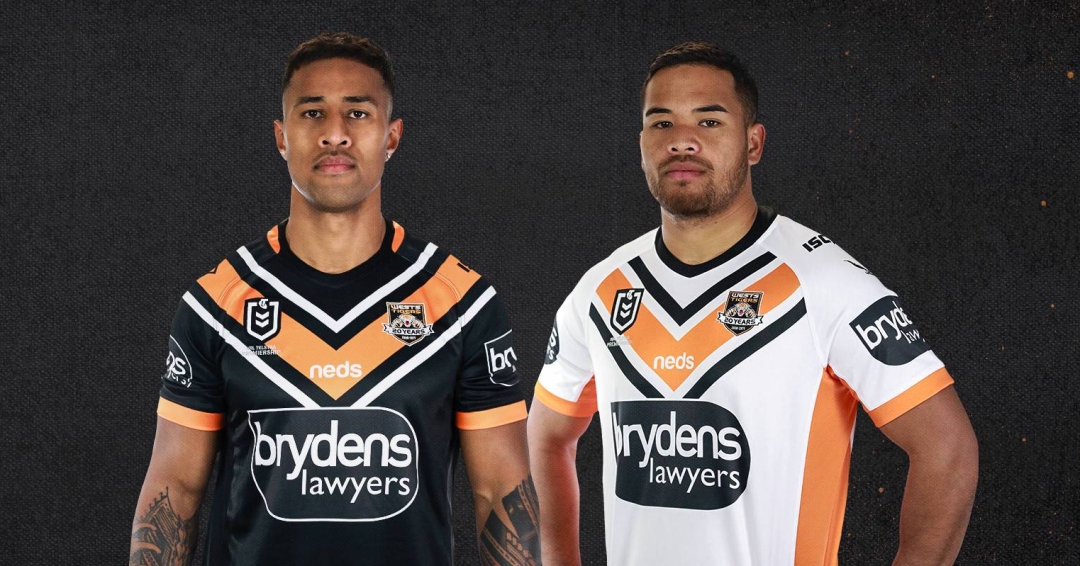 The Tigers jersey recipe is always a pretty nice one, and the brand new 2019 home and away shirts are some of Wests’ nicest in recent years.

The home shirt is black with a classic full double chevron that goes up over the shoulders in old-school style, while the white away shirt’s chevron is more of a modern partial design.