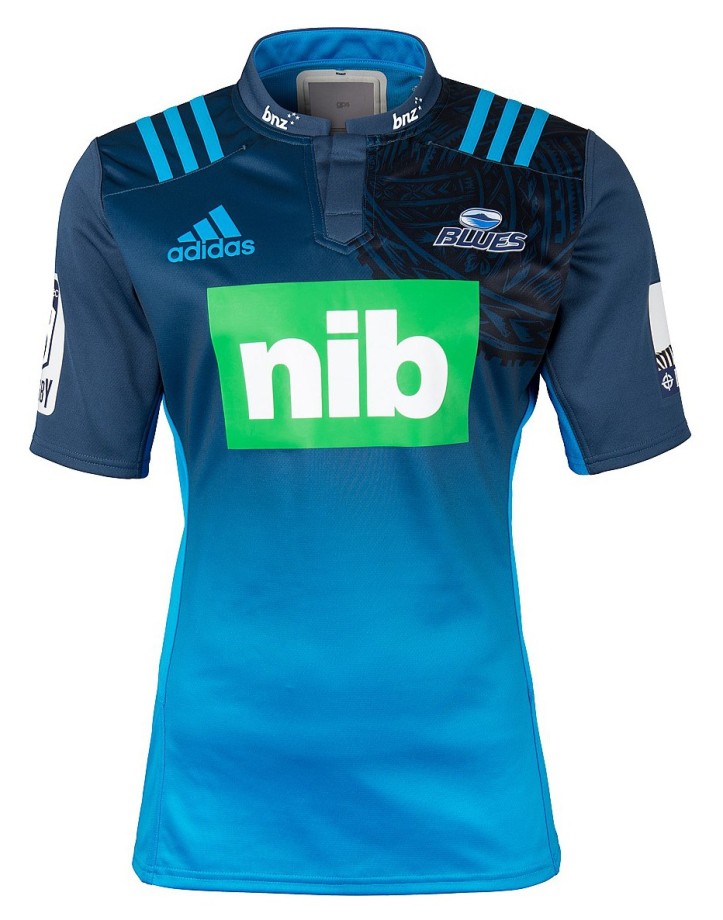 After a lifetime of wearing some of the more safe and straightforward shirts in Super Rugby, the Blues exploded into the eye-catching jersey race back in 2014 with a really cool, striking design – and now for 2016, the Auckland franchise have really kicked it into high gear.

We loved the 2014 home jersey, with it’s bold tribal interpretation of the Blues logo emblazoned across the front of it, but it still kept things pretty reserved with the dark and pale blue colour scheme that the club has generally used in recent years. This time however, it’s going out the window. Big style.

In what’s a pretty massive change for the Blues, their rather drab shades of blue have been ditched entirely, replaced with a bright, almost electric shade for the bottom half of the jersey, fading into the more traditional dark blue at the top. Like the Crusaders jersey this season, there’s a gradual fade between the two colours, and again, the shorts are the same colour as the bottom of the jersey, giving the new brighter blue much more prominence. This is further enhanced by the Adidas logo and shoulder stripes, which really pop out of the top of the jersey. 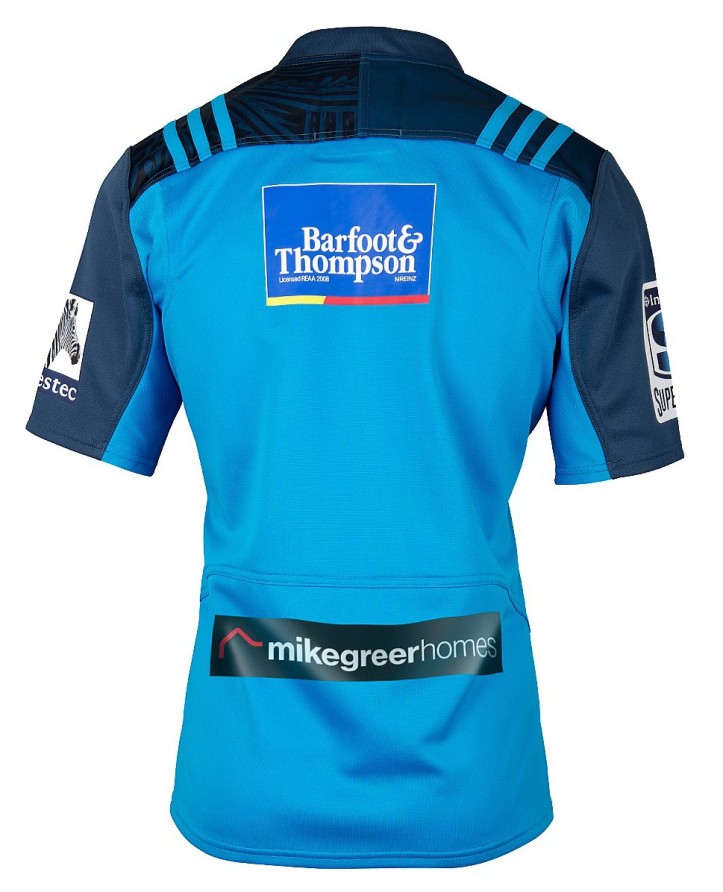 Perhaps influenced by the wild jersey exploits of their cross-code Auckland brethren, the Warriors, traditional art is still a big facet of the top half of the jersey, with a subtle tribal pattern sublimated into the left hand chest and shoulder, nicely framing the Blues’ crest.

As it should be, there’s significance to the art here, as the tapa and tatu patterns here are designed to reflect both the cultural diversity and the Polynesian influence of the Auckland region. Nice.

The Blues have had a rough last few seasons on the field, and last year’s second-from bottom finish in the overall table is a real nadir. However, few would have predicted the rise of reigning champs the Highlanders when they finished 14th in 2013, and the men from Auckland will be hoping that they can effect a similarly stunning turnaround. If they do, more than a few will be saying that it’s partly down to the good fortune of their stunning new look, and a home shirt that we think is one of the nicest designs in Super Rugby, or anywhere else, this year.