The Blues have traditionally had a nice line in classy, understated shirts that nobody in their right mind could be offended or put off by. This, on the other hand, is a shot of lemon juice straight to the eyeball – it’s brash, bold, and as Marmite as it gets. And fair play to them.

That design is just so striking, so out there… and yet somehow, it’s NOT garish, at all. By keeping the colours to the traditional mix of dark and light blue, it’s still somewhat… tasteful? That’s a very weird thing to say about a shirt with a giant tribal motif on the front of it… but it is.

The best thing about the motif, is that while on first glance it looks slightly random and haphazard, look closer, and you can see it’s basically a Maori-style interpretation of the Blues’ logo, with the mountain reflected in the water – it’s something that took us ages to notice, but it’s a really clever touch. 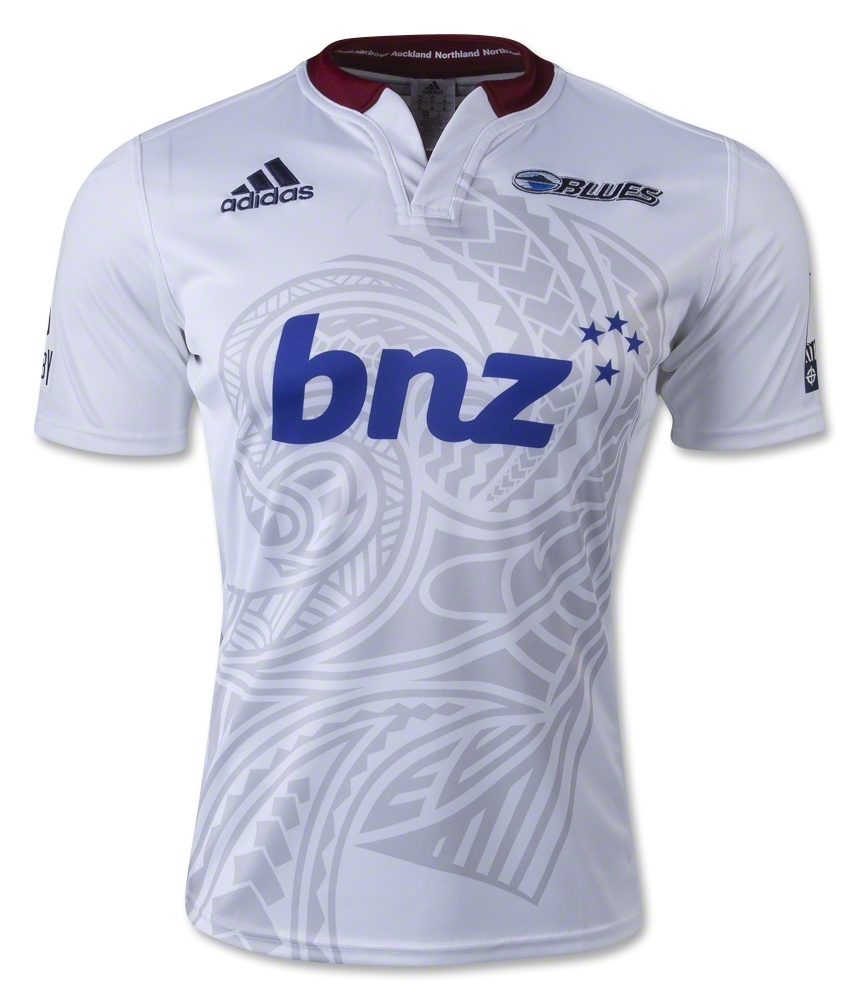 The away shirt is, if anything, even nicer – the subtle sublimation of the tribal pattern into the shirt is going to be popular with fans who think the home shirt is just a little bit too brash for them to get away with, and the collar is a nice little nod to North Harbour – owners of our favourite shirt from 2013’s ITM Cup.

Whatever shirt they’re wearing this year, there’s very little doubt that the Blues will get tarred with the ‘safe’ brush this year…