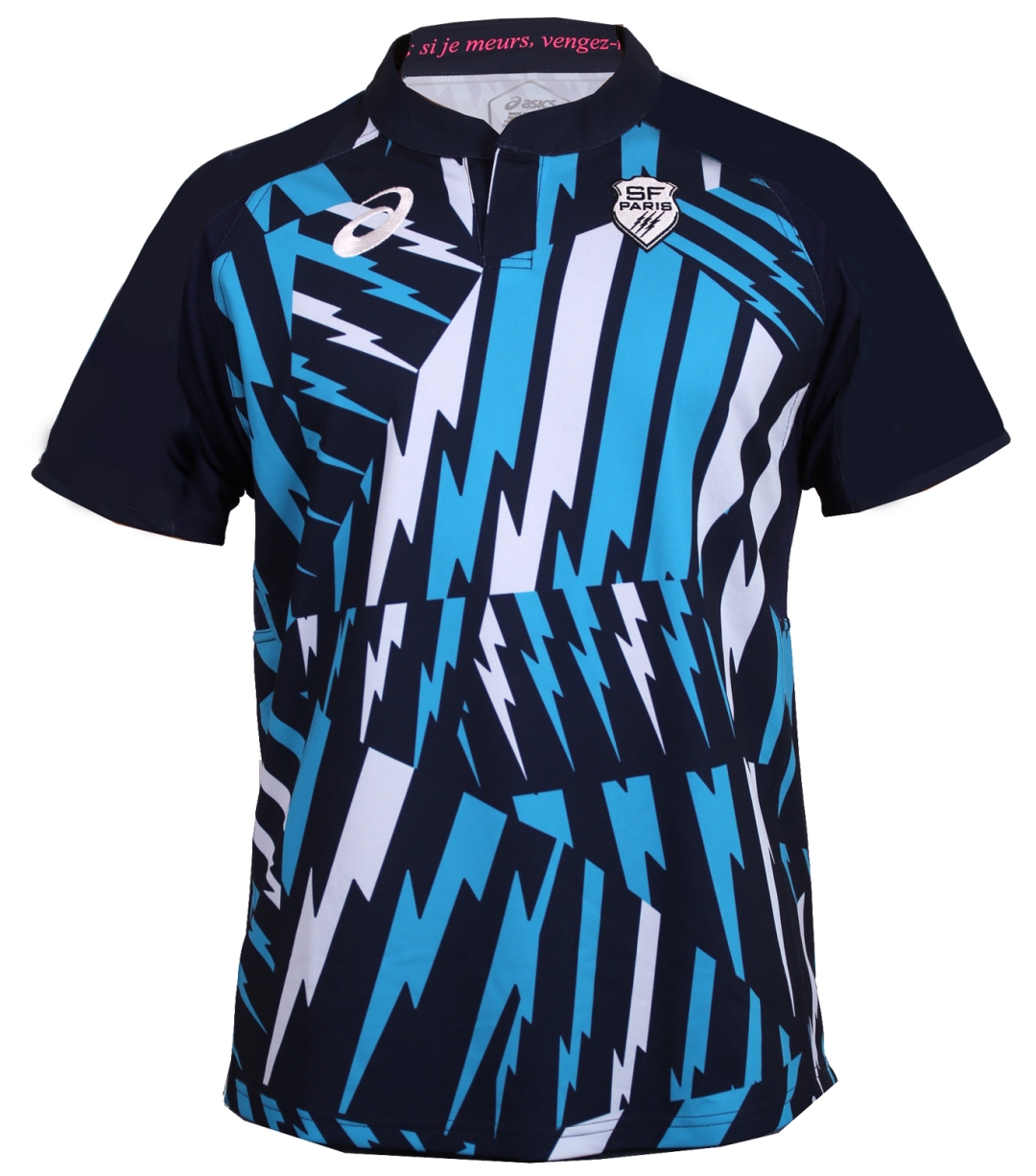 Stade Français have been at the forefront of the crazy jersey queue for well… forever now, and the switch from Adidas to ASICS a few years ago didn’t see the Parisian club miss a beat.

Since ASICS came on board, however, the club has gone hard on the lightning bolt thing – and with a brand new club crest being thrown into the mix this season, things have kicked up a gear.

As has been Stade’s wont for the past few years, both home and away shirts are basically identical, with the home being the traditional dark blue and the away being the more eye-catching but equally traditional pink.

Both shirts are covered in a plethora of haphazard lightning bolts all over – grey and light blue on the home, grey and black on the away. Both shirts have also done away with the fold-over collar this year in favour of a stub-style similar to the new Springboks jerseys.

When it comes to the third jersey, things have remained pretty consistent on a basic level since ASICS took over – it’s a white shirt with a pink design on it that’s usually incredibly loud and intricate, and often involves pink flowers, and something related to the city of Paris.

In this case, we have all of that – with dozens of hand-drawn flowers, an Eiffel Tower, and ‘Fluctuat nec mergitur’, the motto of the city of Paris, across the front of the design.

Stade’s shirts often feel like they need rating on their own scale – they’re always so bold and weird and different they don’t really fit in with the rest of the shirt world. We’re not at all fussed on the collar style used on these shirts, but other than that, these are fine examples of the Stade jersey concept.