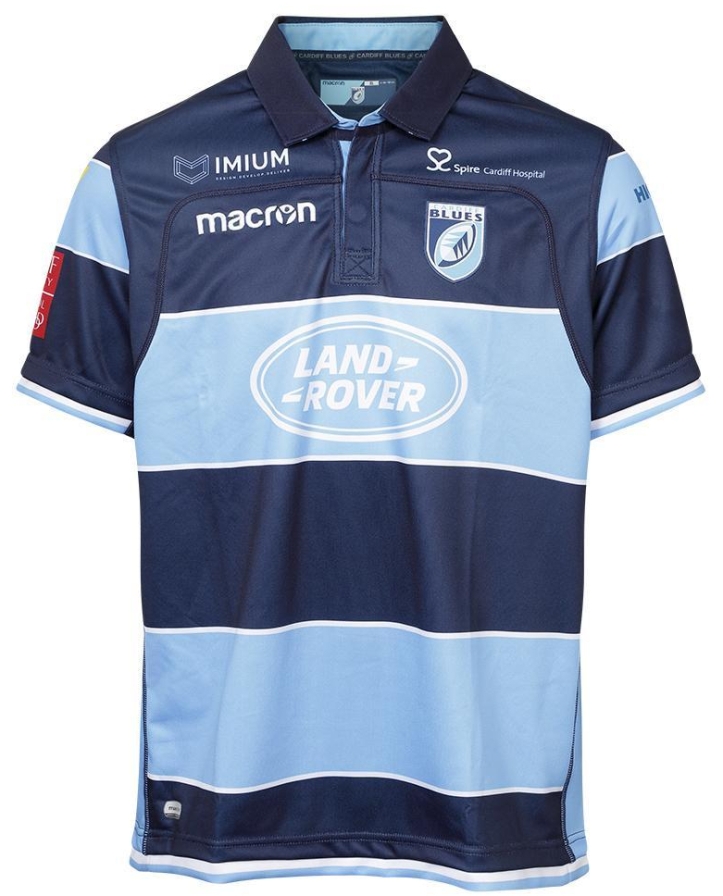 The Cardiff Blues relationship with Canterbury went back a long way – in fact there had only been one season in the region’s history where they hadn’t been kitted out by CCC… at least that is, until now.

The Blues signed a long-term deal with Macron in the offseason, but any thought that the Italian brand would try something a bit different with their first set of jerseys for the capital region. In fact, it feels more like they’re playing some of Canterbury’s greatest hits!

Let’s start with the home shirt. If it looks familiar, it’s probably because it’s a very close cousin of perhaps the greatest Blues jersey ever – the 2013/15 home shirt, complete with its lovely dark and light blue hoops. 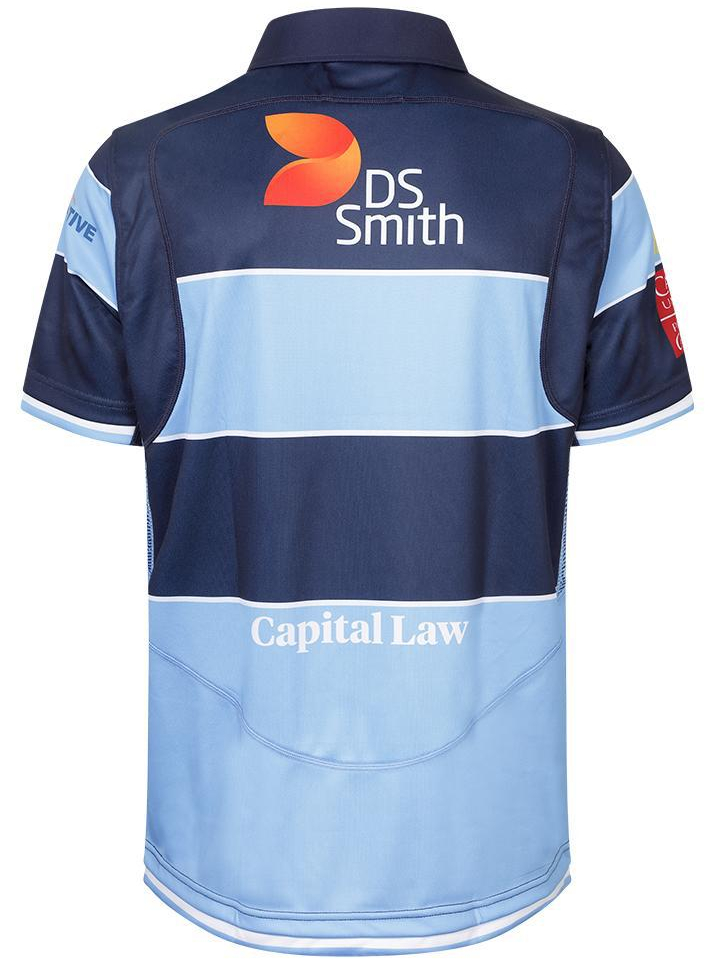 To be fair to Macron, it isn’t a totally slavish replica – the hoops themselves have white pinstriping splitting them up, there’s a proper polo-style collar and a pattern under the arms listing all the clubs in the region (yawn).

The other big difference is the presence of the ‘yoke’ that runs around the shoulders and under the arms – it breaks the pattern of the hoops, rather, and we’re really not in love with it as a feature. 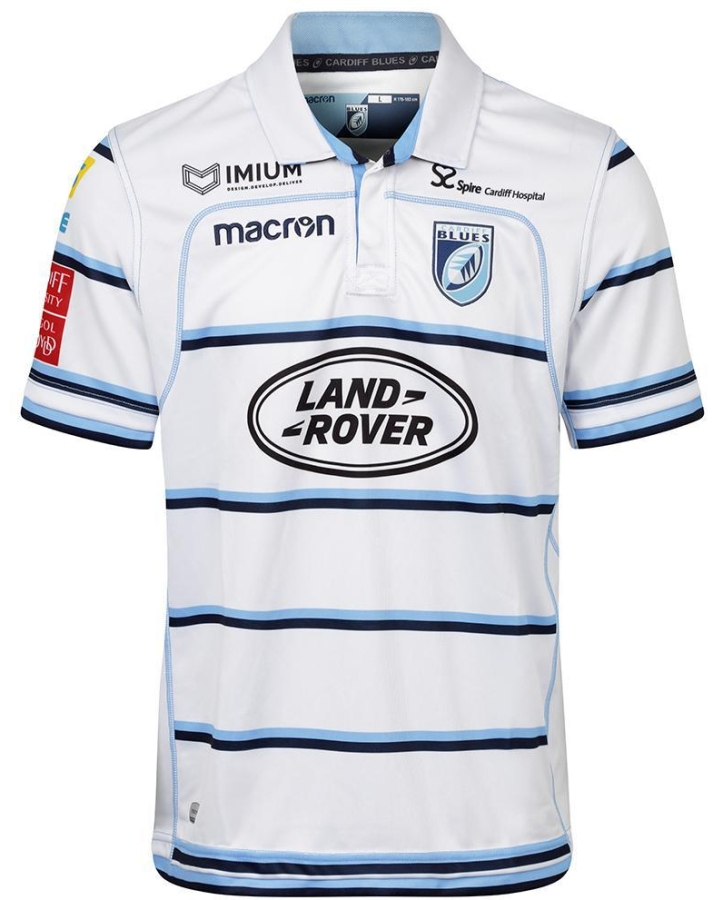 The home shirt is joined by a white away design that again throws back to another Blues shirt of recent seasons – namely the 2015/16 away shirt, complete with its dark and white blue pinstriped sections.

Again we have the proper collar and the shoulder yoke, which looks even more intrusive on this design than it does on the home shirt, it must be said, and the stripes are a bit thicker, too.

All art is theft at the end of the day, and if you’re going to borrow someone else’s ideas, borrow from the good ones! That’s certainly what Macron has done here, though we’re left with the nagging feeling that they’ve made them a bit worse – here’s hoping for something more original and exciting in 2019!