With the Top 14 season nearly upon us, most of the runners and riders have revealed their new jerseys for 2018/19. As ever, it’s a colourful and varied bunch, and as usual, there are a lot of sponsor logos to be found! Let’s take a look at all the 2018/19 jerseys that have been revealed so far.

Agen left it until the very last minute to officially revealed their 2018/19 jerseys – so much so that they played preseason matches in their warm up jersey.

The reason for this revolves around a leak of Agen’s home shirt, which relocated the badge to the bottom of the jersey to fit more sponsors logos in – such was the uproar, the mayor of Agen even got involved. As such it seems that they put off officially launching the shirts until the furore had died down.

UBB have always had some of the most beautiful jerseys in the Top 14, and their signing up with Canterbury this season was always going to create some memorable results.

With a gorgeous home shirt, delightful away and unique third shirt (above), we certainly weren’t disappointed. 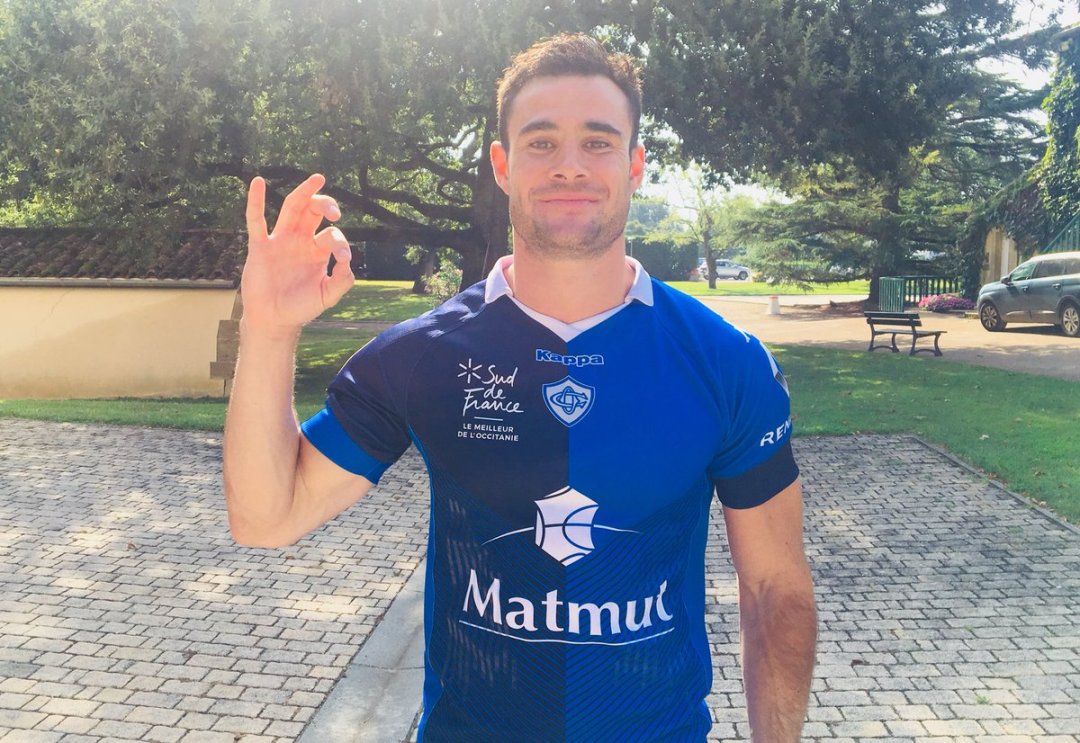 Castres swapped Kipsta for Kappa this off-season, and while their 2018/19 jerseys have yet to be officially revealed, they’ve been pretty free about splashing the new home shirt across their social media.

The shirt is a two-tone halved blue affair with a very retro-football style low-profile fold-over collar.

Clermont rarely do anything particularly outside of the box, but after last season’s unbelievably plain jersey, it’s nice to see a bit of variation going into the home and away jerseys with the blue yoke across the shoulders.

It looks like the European shirt will once again be dark – this year it’s blue with an unusual ‘mountain range’ effect sublimated into the fabric. 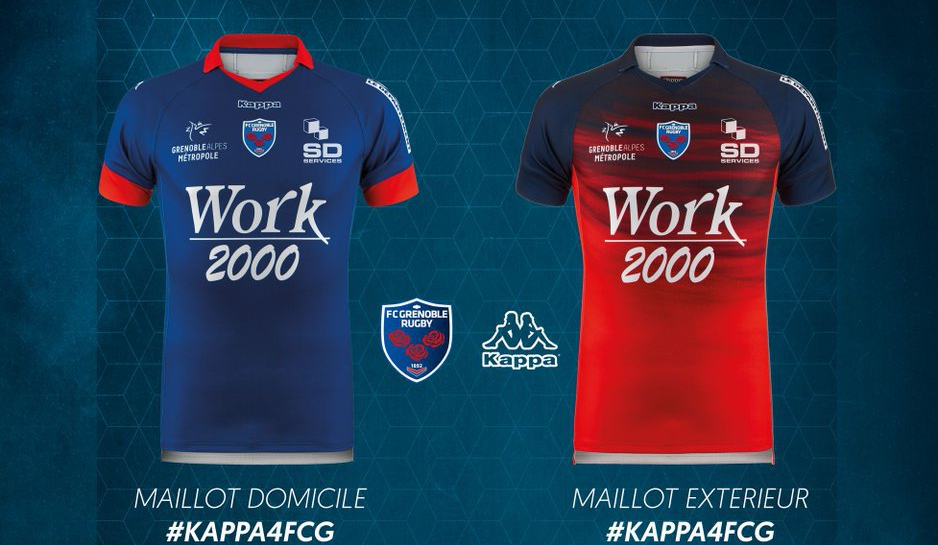 Grenoble usually impress on the shirt front, and this year’s crop is no exception, despite the presence of the most 90s-looking main sponsor in history.

The home shirt is a classic clean blue with red design complete with nice 70s collar, while the away is an interesting red-to-blue fade situation. 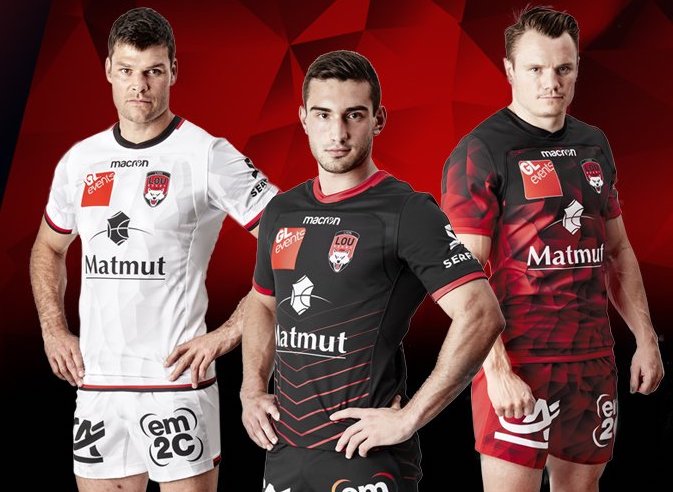 Last season’s Top 14 surprise package are back with Macron for 2018/19 and again are keeping things pretty understated.

The home is the classic black with a textured white away shirt – that same texture is much more visible on the red/black third/European shirt.

Another year in Kappa for Montpellier, and another pair of very lovely jerseys for the big spending league hopefuls.

The home shirt features a nice two-colour pinstripe motif, while the away has a very striking double-stripe pattern on the front.

Pau have been with Macron for some time now, and in that time they’ve always had some rather lovely jerseys.

2018/19 is no exception – with a lovely white home shirt and an interesting Herringbone-patterned away design. 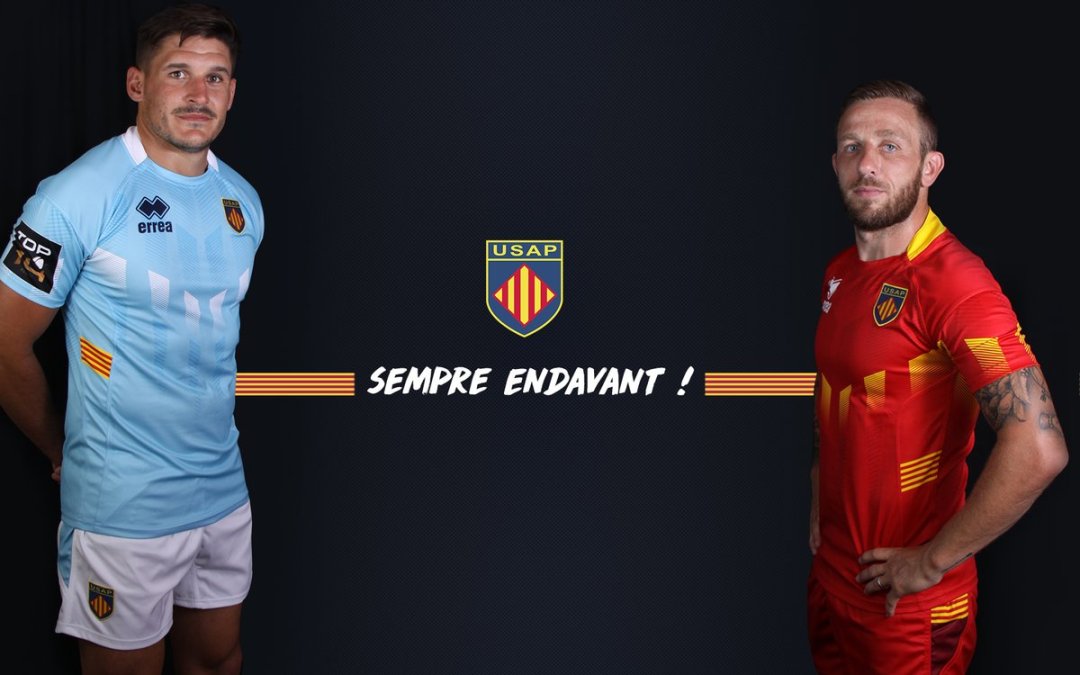 Back in the top flight for the first time since their relegation in 2014, Perpignan have kept things simple for their Top 14 return.

With a red home shirt and blue away, both jerseys have an interesting combined stripes/chevron effect on the bottom half of the design.

The Parisians kept things very classic and lovely on the jersey front this year – and when you have Racing’s blue and white hoops why wouldn’t you?

The home shirt is a classic black with yellow, while the away and third shirts have an interesting half-and-half and hooped designs respectively. 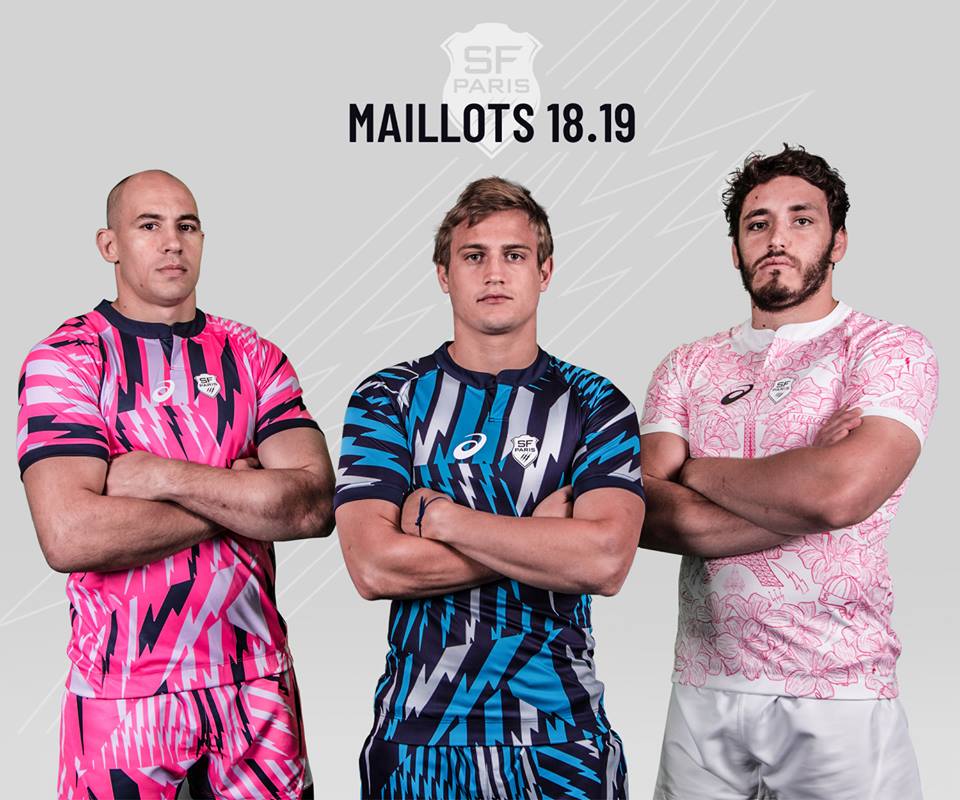 Stade debuted a new club crest for 2018/19, and with it came a typically eye-catching and eccentric set of new jerseys.

The home and away both go positively crazy with the lightning bolt designs, while the third sports an interesting Paris/flowers design.

Toulon have taken the unusual step of wearing black as their primary strip this season, ditching the traditional red of the club.

Instead red is the colour of the 2018/19 away jersey, while the third shirt is white with a striking angular black and red design. 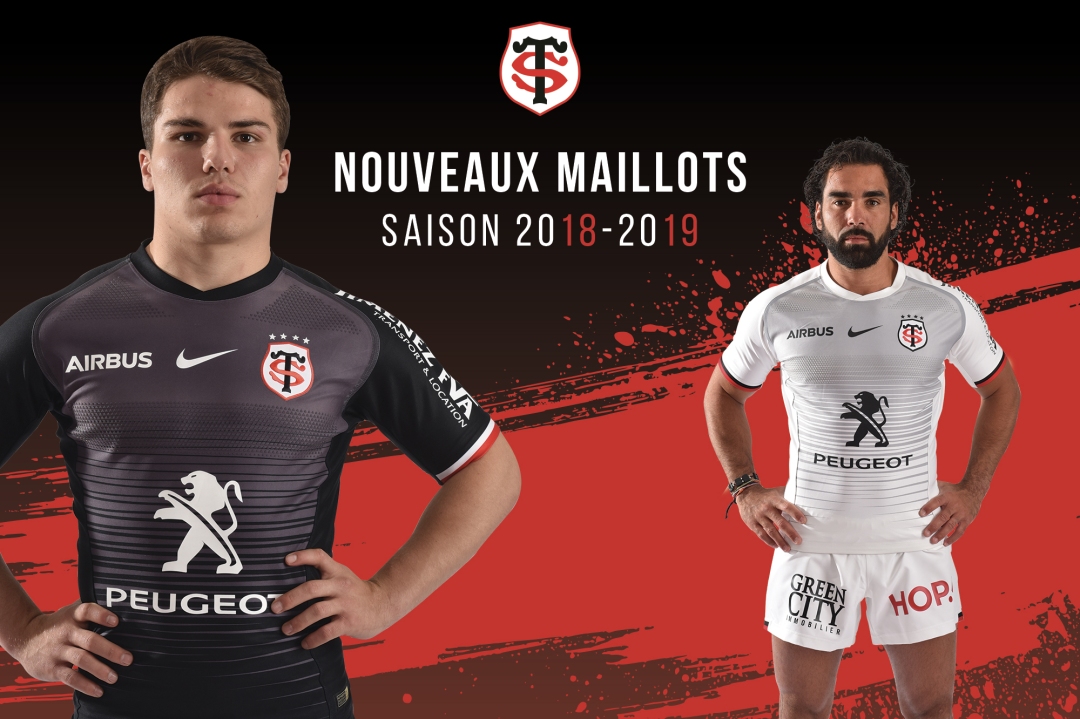 Toulouse returned to Nike last season, meaning that all was right in the sponsorship world again, and they’ve kept things super clean for their 2018/19 jerseys, as expected.

The home shirt is black with a tonal pinstripe motif, the away is white with the same motif in light grey. Both shirts also have red, black and white striped sleeve cuffs.

Want some more? Check out all the brand new 2018/19 Gallagher Premiership and Guinness Pro14 jerseys here.