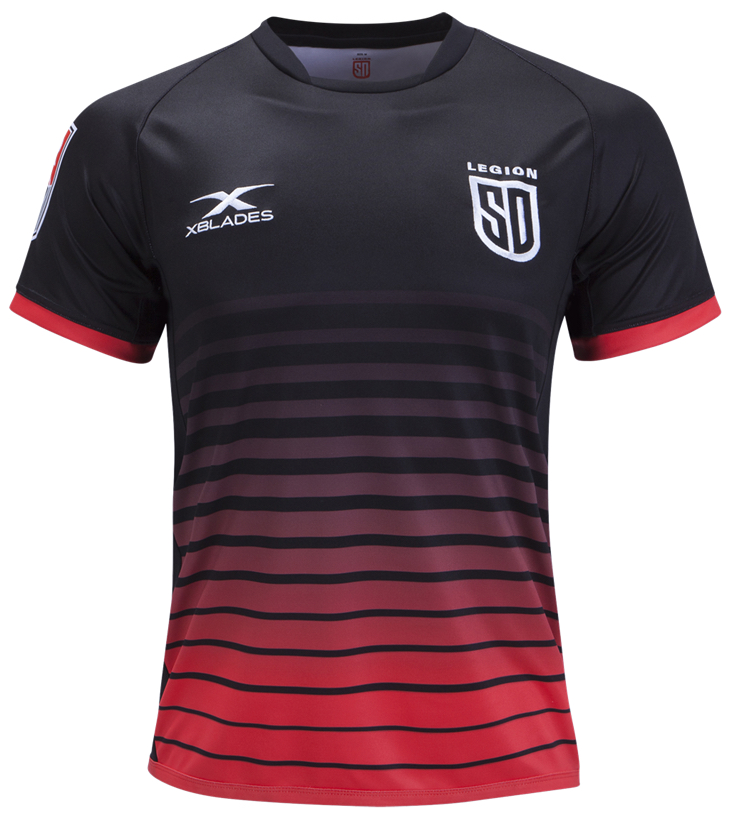 Major League Rugby might only be in its debut season, but rugby in San Diego has a long and proud history – it’s been one of the hotbeds of the sport since it first caught on in America more than a century ago, and its teams (notably Old Mission Beach Athletic Club) have been very successful over the years.

It makes sense then, that having hosted a PRO Rugby team, they’d also get a crack at MLR, and straight off the bat, the Legion seem to have the branding thing down a lot better than the now defunct Breakers ever did.

We’ve seen various iterations of the ‘faded hoops’ concept over the years, but generally they’re fading from top to bottom, but we really like the the way the red has been used to add a bit of colour to an otherwise plain design.

The away jersey is another thing altogether – we’ve seen hoops made up of many things over the years, but these appear to be made up of art black and white photos of er… something? Anyone?

We actually really like it, though – it’s especially striking with the red bar running through each hoop, and again, it’s great to see a change design that’s totally different from the home.

San Diego is the biggest city in America to never win a professional sports championship, and while the Legion aren’t exactly killing it on the field in their first go-around, they’ve got the branding and the kits spot on, and there’s a real buzz for the team in the city – good things may well follow…