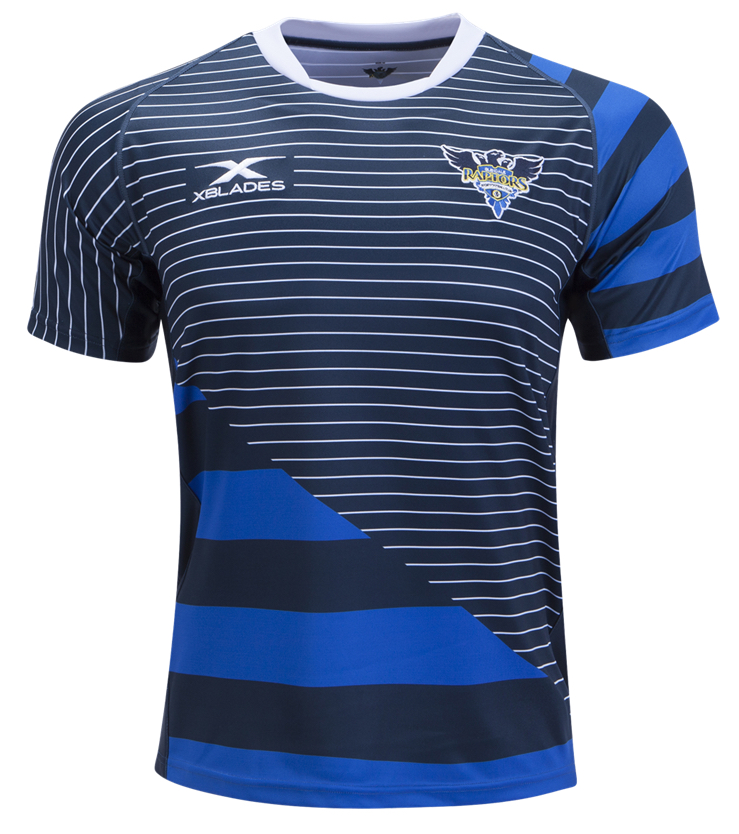 After a bit of a false start last season, it feels like Major League Rugby is really making professional rugby catch on in the USA at last. But despite this being MLR’s inaugural season, this isn’t the first time we’ve reviewed a Glendale Raptors jersey, so what gives?

Well, the reason for this is also the reason why Glendale (a suburb of Denver that boasts a population of less than 6,000 people) has joined big cities such as San Diego, New Orleans and Seattle in MLR – Glendale is quite literally, RugbyTown, USA.

Glendale is mad for rugby – the town boasts the only municipally funded rugby stadium in the USA, which hosts USA Eagles matches and national tournaments and finals, while in the back end of the amateur days, the Raptors were one of the most well-supported and successful teams in the US, winning league titles in 2011, 2015 and 2016.

With that in mind, it’s no wonder that USA Rugby requested that the amateur side bequeath the name and branding of the Raptors to the MLR franchise (the amateur side is now known as the Merlins), and here they are with a brand new look.

The home shirt is certainly a lot different to the blue and white hooped design the Raptors wore in their amateur days – it’s a lot more individual. The contrast of the white pinstripes on one half of the jersey and the blue-on-blue hoops on the other certainly won’t be for everyone, but we think it works.

It’s undeniably modern, of course, but it has enough of that classic rugby shirt vibe to not feel totally alien, and there’s very little chance of them being mistaken for anyone else, either…

The away shirt does a really nice job of keeping the theme of the home shirt, but putting its own spin on things, and the use of the diagonal pinstripes on the plain yellow jersey is probably more conventionally appealing than the home, if anything.

It shows how change shirts don’t have to be simple palette-swaps to feel like they’re connected to the home design – they feel a pair without being identical, and that’s always nice to see.

At time of writing, the Raptors are already setting themselves apart from the rest of the MLR pack with their results, and their jerseys are certainly catching the eye at the same time.