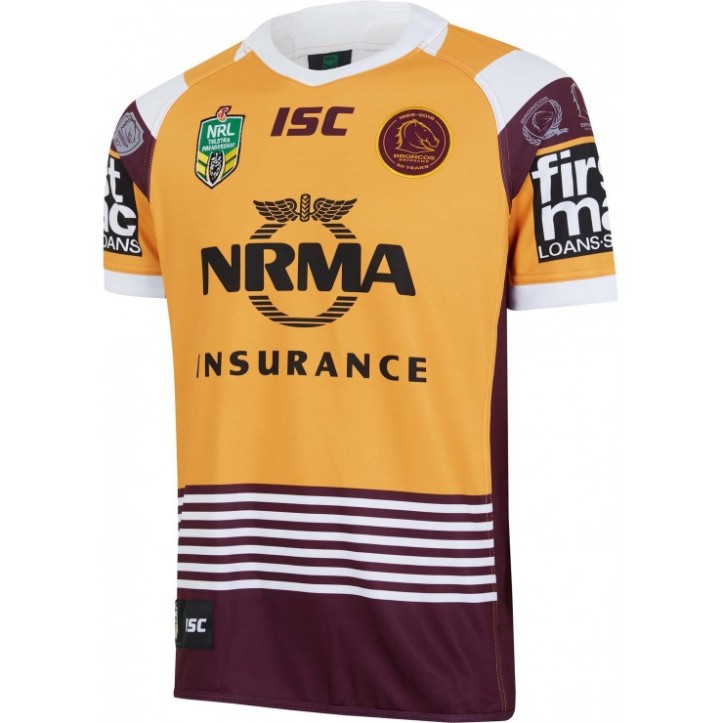 Last season saw the Brisbane Broncos part company with their long-time kit supplier Nike, and they moved over to Aussie rugby league specialists ISC – and they did a very good job of it, too. It’s a frustrating reality of much of ISC’s offerings (and the NRL in general it must be said) however, that there’s not a great deal of change from season to season, and doubly so given that this is the Broncos’ 30th anniversary season. 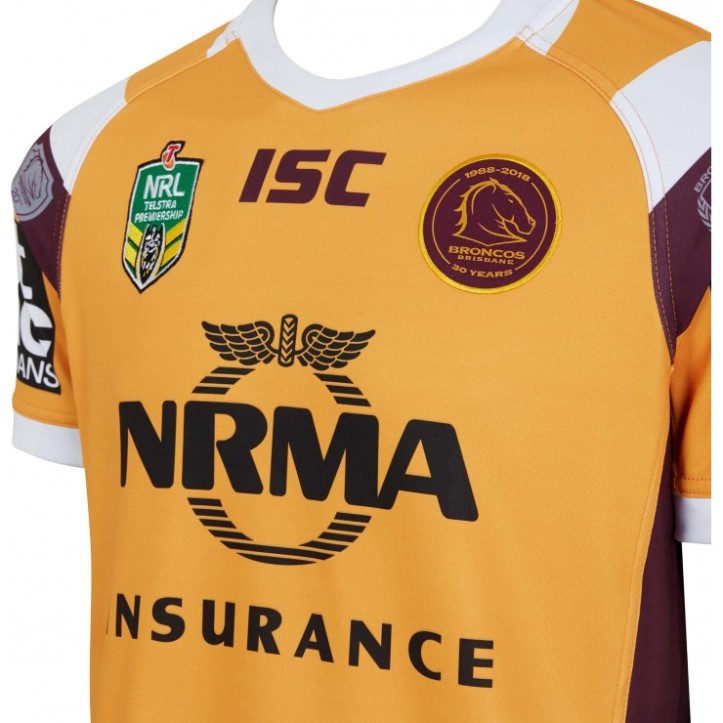 There is one significant new jersey design for the Brisbane club for this momentous season, however – a brand new Heritage jersey that also happens to be one of the nicest ones we’ve seen this year.

Modelled on the jersey that Broncos legends such as Wally Lewis and Allan Langer wore in that foundation season, the Heritage jersey differs from the standard home shirt by using a great deal more gold, but with suitably 80s-style white pinstripes on the bottom and of course, maroon on the sleeves, back and bottom. 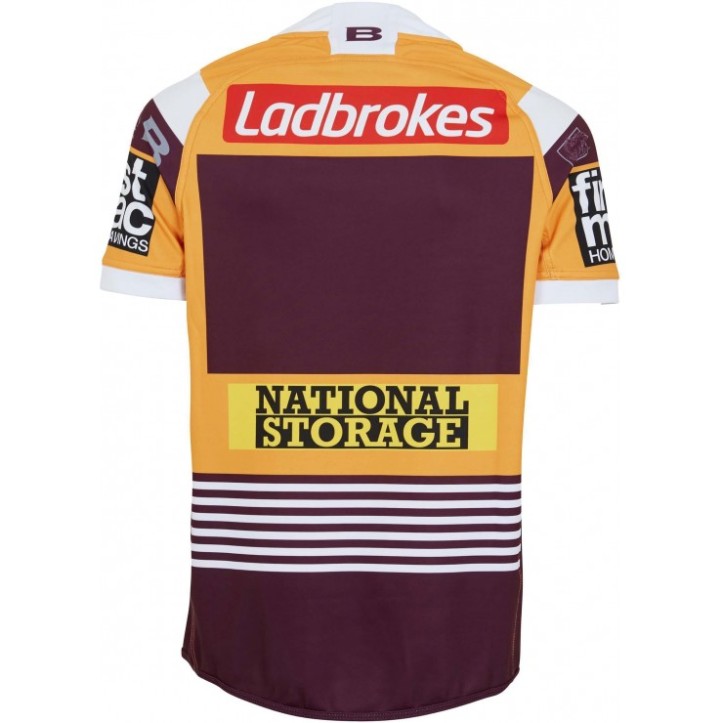 Like the other jerseys that the Broncos are wearing this year, the regular club badge has been replaces with a circular 30th anniversary crest, while certain features of the regular jersey, notably the stylised ‘B’ on the back of the collar, are also carried over.

A heritage jersey is supposed to feel a bit retro, of course, but ISC has done a great job of making this Broncos shirt capture the 1980s essence of that first season – it’s a bit busy, a bit all over the place, but that works, and is a fitting tribute to three decades of the Brisbane club.