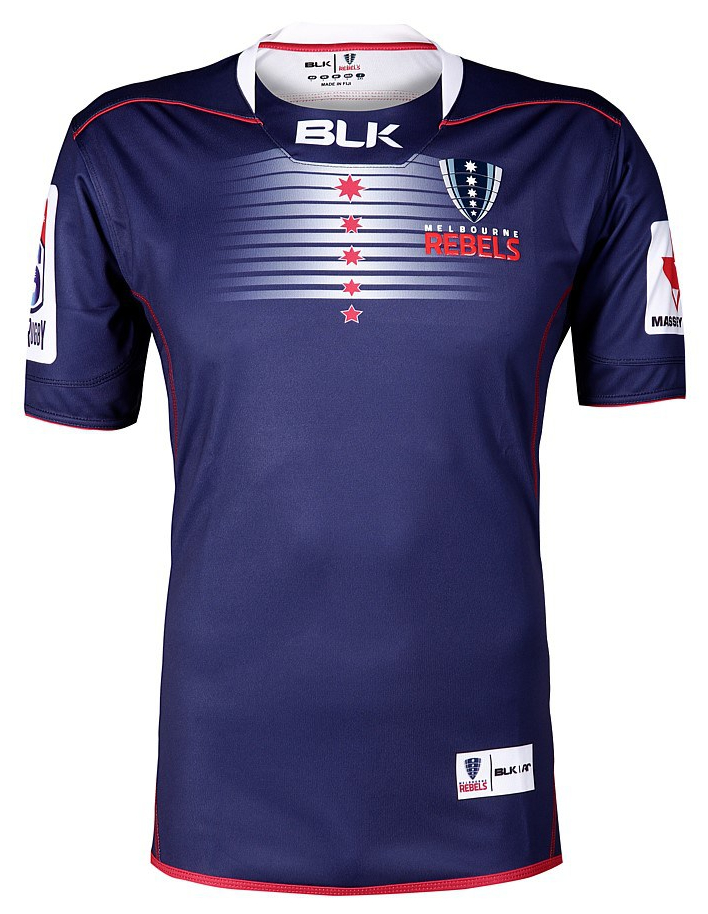 It’s no understatement to say that the Melbourne Rebels have not exactly had the easiest of times in the last… well, ever, really. Since the franchise was created in 2011, they’ve never finished higher than 10th, but had the nadir of finishing bottom of both the Australian conference and the overall Super Rugby ladder in 2017… ouch. After such a miserable season, which also involved them narrowly escaping being wound up in the Super Rugby contraction (RIP the Force), we’re rather surprised to see that the Rebels have greeted their lucky escape with a new jersey!

Yup, we can’t believe it either – after wearing the same bastard white and blue hooped home shirt since 2015 they’ve reverted to their original blue home shirt colour scheme with this simple, clean design complete with some red pinstriping and a striking striped motif on the chest.

It’s not exactly world-shattering, but given this is the first new jersey the Rebels have enjoyed in four seasons, we’ll take it – at least it’s not that bloody hooped jers… OH FOR F- 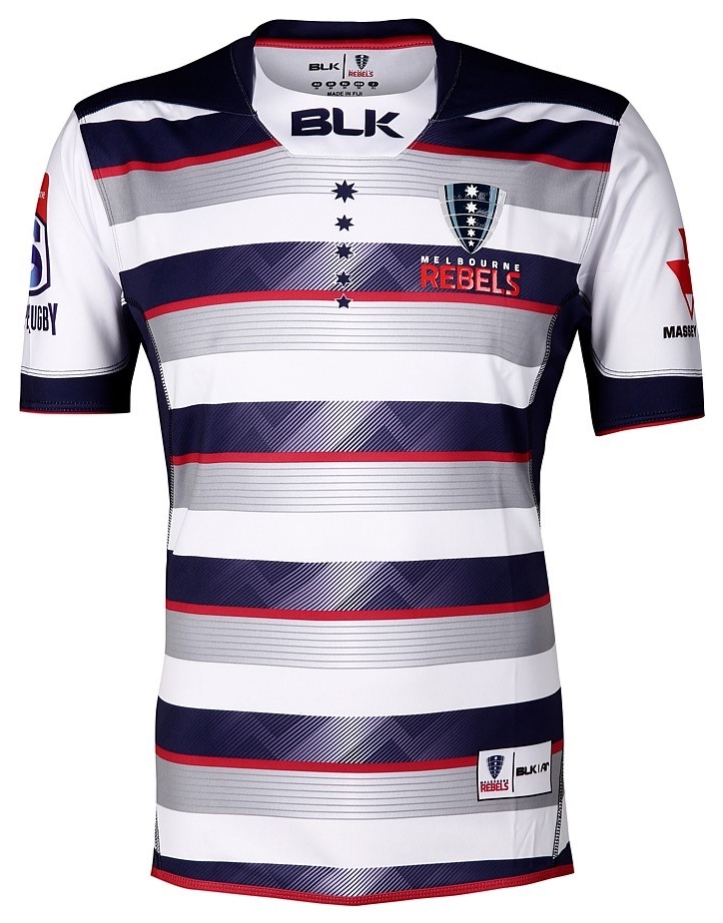 In truth, it was never a bad design – we’ve always enjoyed the multiple coloured and textured hoops and with white sleeves and the new collar style, it’s probably never looked better. But familiarity breeds contempt, and having to look at this thing for a fourth consecutive season is just too much, even if it is now an away jersey.

Things have been very strange with BLK since they narrowly avoided liquidation at the end of 2015. At one time the brand had five Super Rugby teams and the Wallabies on their books, but the Rebels are all that remain, and things have obviously been tough for the last 12 months.

With that in mind, we kinda understood why they didn’t change up their kits last season – but with that apparently in their rear view mirror now, it’s a little disappointing that BLK and the Rebels haven’t tried to freshen things up a little bit more.