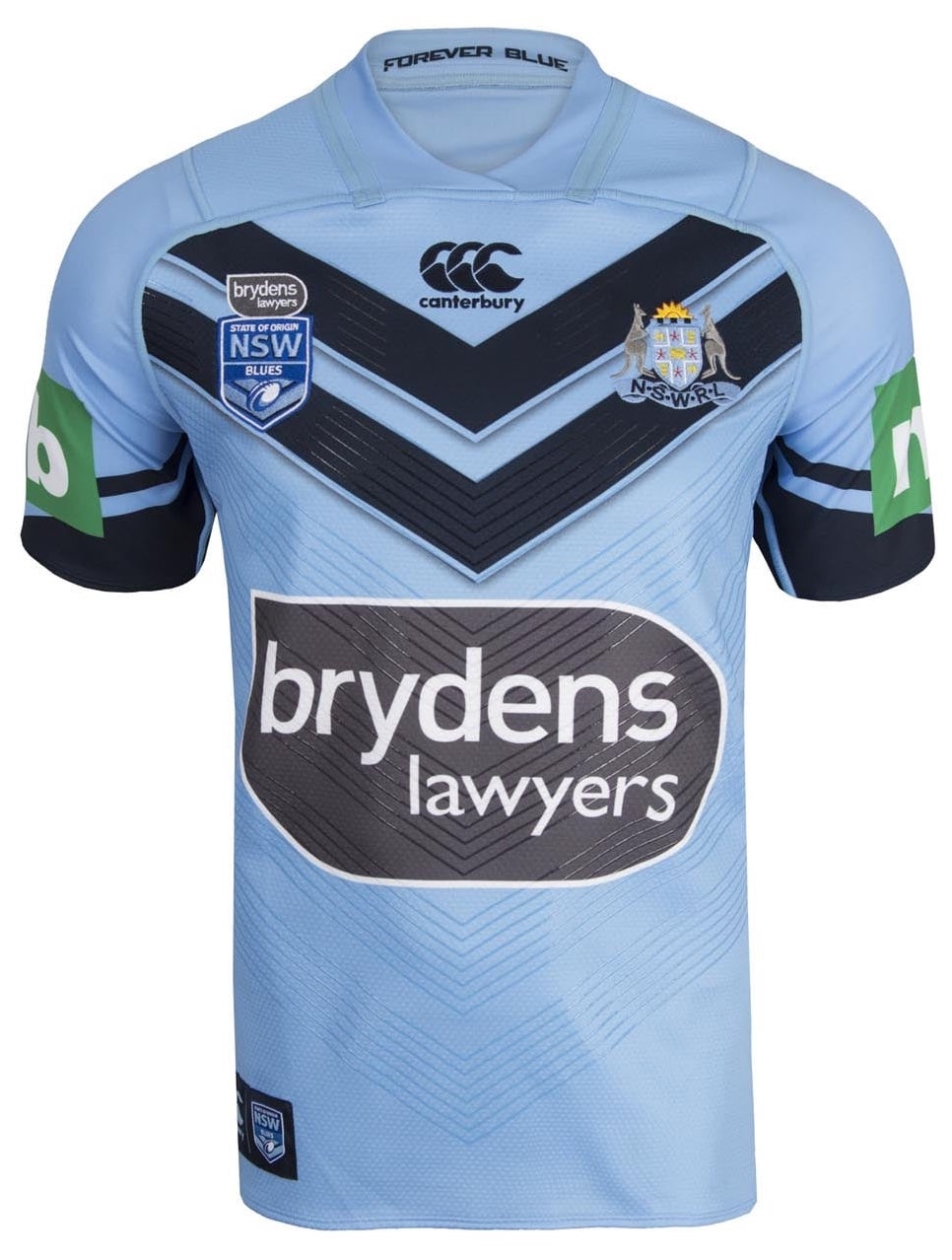 Canterbury has been a big part of State Of Origin for some time now – until this season, that was supplying the Maroons with a variety of rather lovely jerseys, but now all that’s changed, as the rugby giant has swapped side and will now be kitting out New South Wales, with Queensland moving to ISC. For the last four season, Classic have supplied the Blues with a series of modern, if slightly uninspiring jerseys that, while perfectly inoffensive, haven’t really set the world on fire.

If Canterbury’s Queensland designs got to be a bit samey and unoriginal by the end of their tenure, they were never anything less than gorgeous with it, however, and with them now working with New South Wales, they’ve flipped the script somewhat.

For starters the colour seems to have shifted from the bright blue of the Classic days for something a bit more classic and restrained, and they’ve paired it up with a dark blue double-chevron that’s similar to the design used by Canterbury’s Kangaroos jersey.

The chevron is repeated on the end of both sleeves, and if that wasn’t enough chevrons for you, there’s a variety of chevron pinstriped grip panels across the front of the design, and of course we also get Canterbury’s new Loop 19 collar as you’d expect.

The Maroons jerseys were definitely getting a bit stale by the end, and with elements borrowed from some of their other designs for their first Blues jersey, they’re not exactly reinventing the wheel here either. But there’s no denying, this is a bloody lovely design – clean, classic and timeless, and a massive upgrade on what the Blues have had before.