The Hurricanes had a bit of a unconventional shirt by their standards in 2016 and 2017 – it was more black than the traditional yellow, but one thing was consistent, and that’s the unfailing presence of some kind of wind motif.

For 2018 then, Adidas has returned with a jersey that’s almost entirely yellow, save black accents in the usual places, and the wind theme is of course – but this time in perhaps the most striking form yet. 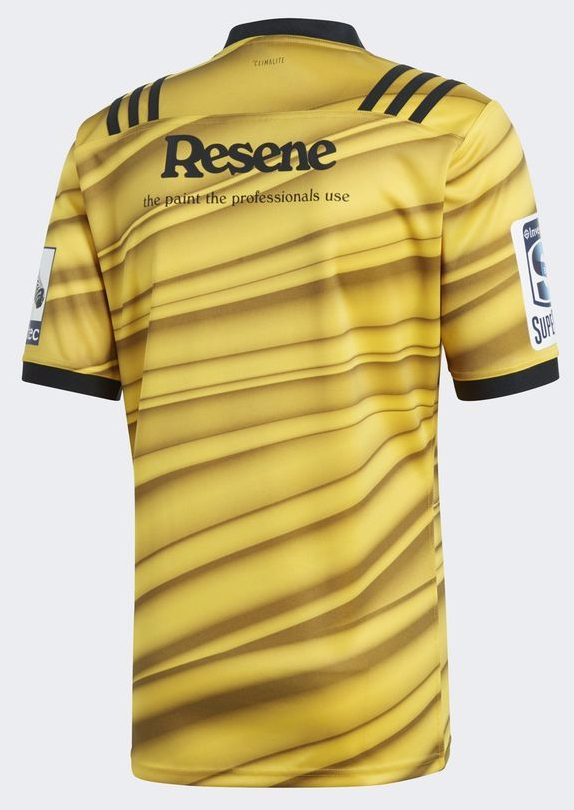 We’ve got used to the usual cyclone motif on Canes jerseys, but here instead we get a hugely distinctive tonal wave pattern that runs around the jersey from top to bottom.

According to Adidas, these waves are designed to reflect the ‘raw, destructive energy of a supercell storm’ which itself represents the  “powerful connection between player and fan”. You can make your own mind up about whether that’s the case, but it’s certainly striking. 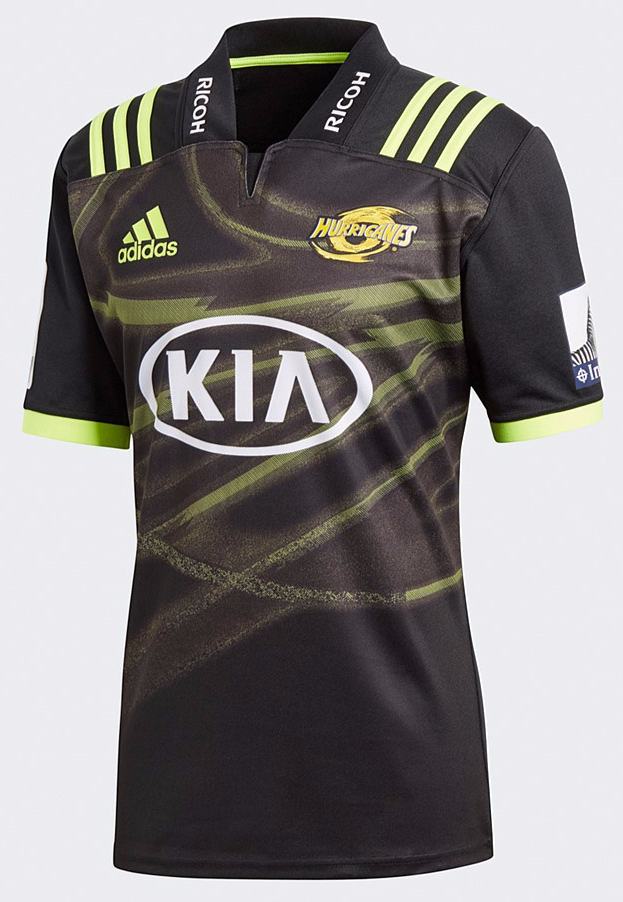 The away jersey continues the abstract wind theme, with a black base jersey accented with striking electric yellow accents, and a striking graphic across the centre of the design.

Both of these shirts are kinda cool and original in their own way, and it’s nice that Adidas has opted to make the away shirt clearly distinct from the home shirt this year, and if anything it’s probably the nicer design.

There’s something cool about the home design no doubt, but at the same time it’s a little busy and optical-illusion-y to be a true classic.