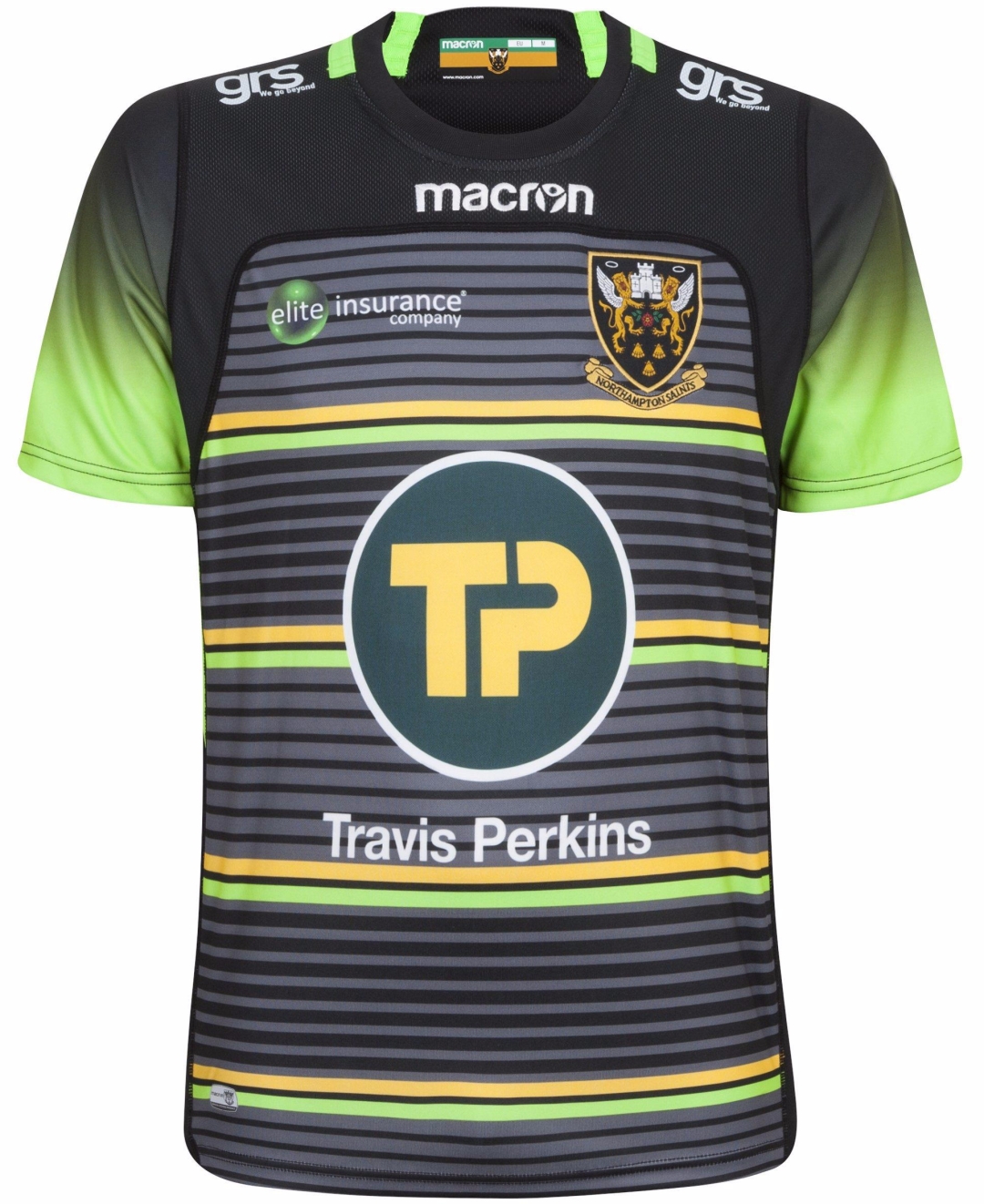 The partnership between Macron and Northampton Saints has now reached its year two, and after a promising first year together, it’s safe to say that things have not gone quite so well for that difficult second album. It’s hardly Macron’s fault that Saints have decided to stick a dreadful main sponsor on what was a really nice home shirt, but the same can’t be said for the yellow and lime away shirt eyesore that appears to be as cursed as it is ugly. 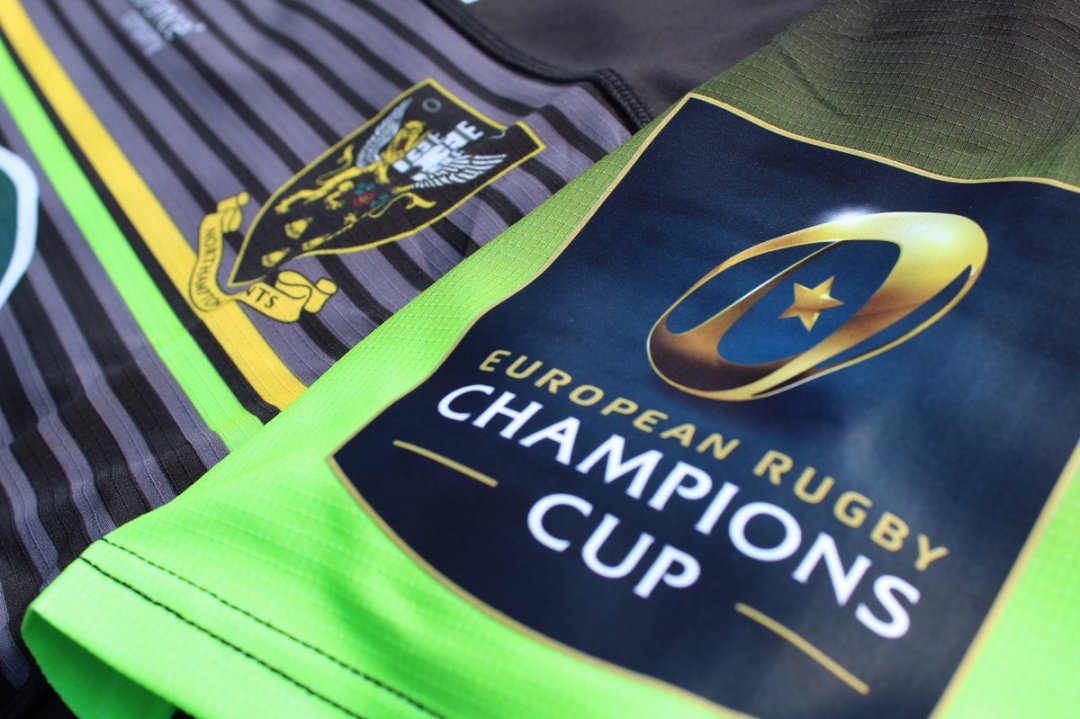 It’s down to the European shirt to see if it can redeem Saints’ lost kit season, and certainly the now usual primarily black and grey colour scheme does get things off to a pretty good start.

We actually really like the black and grey pinstriped design, and don’t mind the green and yellow flashes nearly as much when they’re not being over-used like they were on the wretched away jersey.

Even the lime green fade on the sleeves works pretty well, and the whole thing is drastically improved for the presence of Travis Perkins back on the front of the shirt instead of the none-more-clashy ToolStation logo.

So, does this shirt redeem Macron’s rough second time around with Northampton? On some level, definitely – it’s quite a nicely designed shirt, and is certainly a lot better than the away shirt. But it’s not exactly brilliant either, and on the whole we can’t help but feel like this is a jersey year to forget for Saints fans.