The concept of a World XV team dates all the way back to the 1970s, and they’re still playing today – they’ll take on Japan at the end of the month, and they’ll do so wearing a brand new shirt that we’ve got an exclusive first look at here. In the last few years the World XV concept has become a bit more organised, and in that time they’ve settled on a unique black and lime green colour scheme that has been taken on by the likes of BLK and Canterbury on an ad hoc basis. 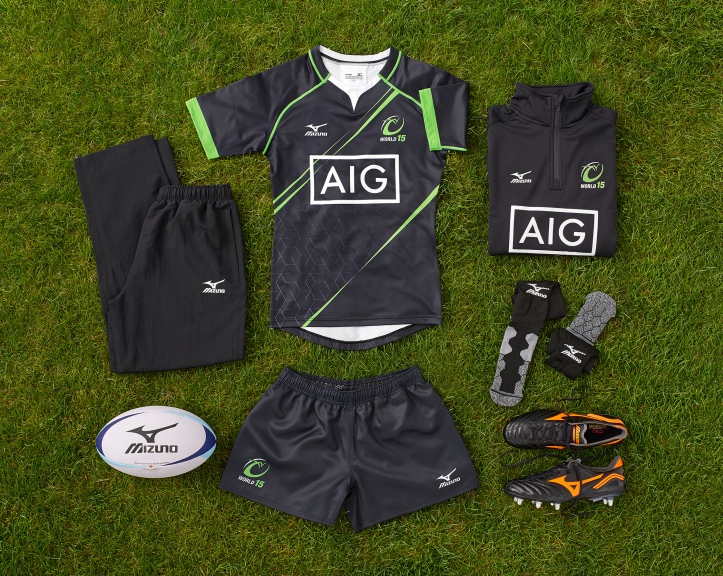 As the World XV squad will take on Japan this time around, it’s fitting that the team will be kitted out by Japanese supplier Mizuno, who’ve put a cool spin on the design. So we have lime green diagonal stripes sandwiching a tonal hexagonal pattern, with a cool, unique white collar and green accents.

World XV will wear their brand new Mizuno kit against Japan in Fukoka on 28 October.