Glasgow Warriors have enjoyed a fruitful partnership with Macron over the last five seasons, and over that time, the Warriors’ jerseys have become increasingly simple and classic. The 2017/18 vintage is about as far down that road as you can imagine they will get, being as it is, basically a plain black jersey, with black old-school collar, and not a lot else. 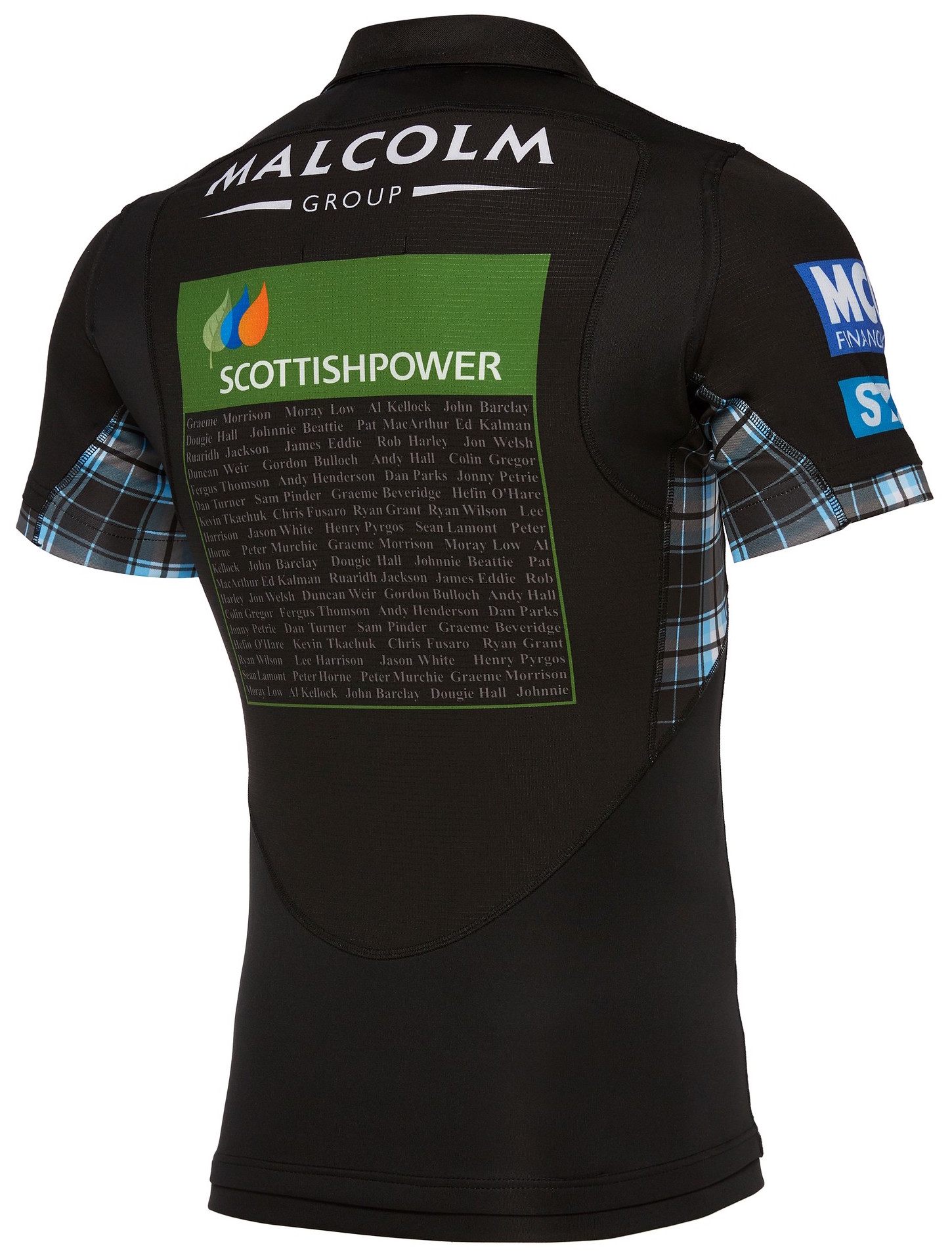 Light blue has always had a presence in Warriors jerseys, but this year it’s been reduced to part of the only real embellishment on the design – the splash of tartan under the arms, down the sides and around the sleeve cuffs.

It makes for a very clean, very classy design, but one that, we have to say, doesn’t leave us with a great deal to really talk about.

The away shirt is a simple colour-swap of the home design, although we have to say it does look a little more exciting than the black version.

The contrast of the tartan and the white is a great deal more pronounced than it is on the primary jersey, and it feels a bit more vibrant as a result.

There are two other things worth noting that both these jerseys have in common. Firstly, you’ll notice that the replicas don’t have any main sponsor logo – in a move that was almost certainly done for reasons of timing, this year’s shirts won’t sport the SP Energy Networks logo, but they’ll be back next year.

The other thing to note is the number box on the back of the shirt – in a nice touch the box features the names of Glasgow players with more than 100 caps – including current players such as Tommy Seymour, and retired greats like Al Kellock and Jason White.

All in all, these are two very nice, very classic, very clean designs – and we like them both – it’s just a shame that it’s basically a recycled version of Scotland’s World Cup shirt of 2015.