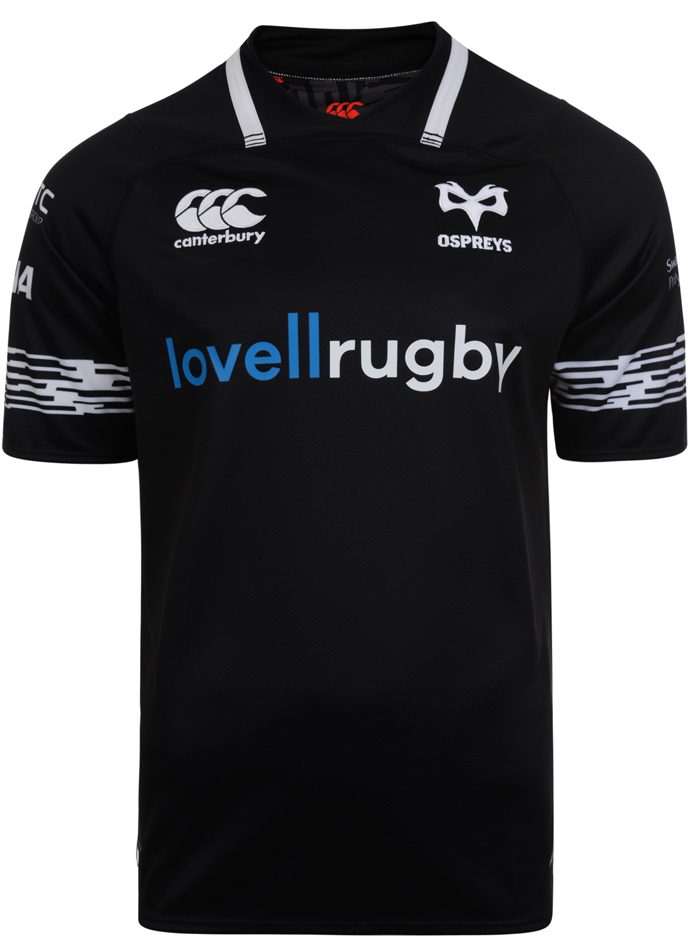 The new Ospreys away shirt was revealed last week, and claimed an instant place in our hearts as one of the nicest designs of the season, can the brand new home shirt continue that trend? Well, certainly on the face of it, the answer is a definite yes. Sometimes in the past Ospreys home jerseys have been so preoccupied with being bold and outlandish, they’ve forgotten what they’re actually supposed to be. 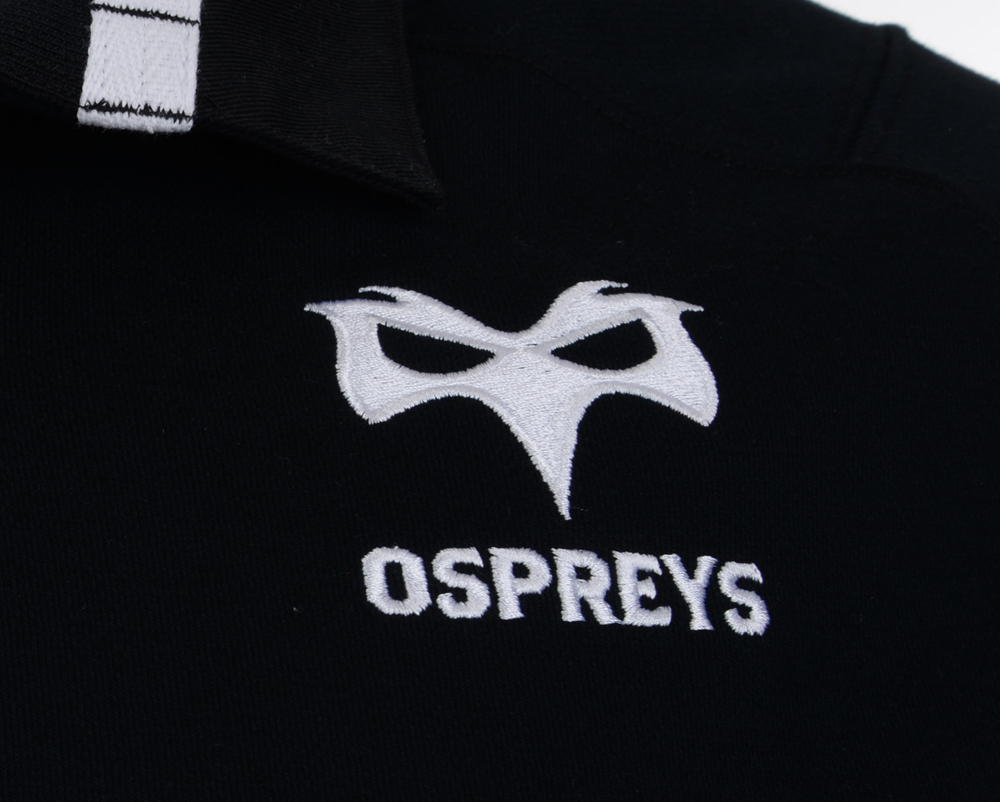 Canterbury clearly don’t have this problem – this season’s ‘bedrock’ theme has been about getting the Ospreys back to the core foundations of what they are as a team, and that’s reflected in the home jersey.

So once again there’s no wild colours, no all-consuming motifs – it’s a clean, classic black jersey with white trim, just like the earliest Ospreys jerseys were in the region’s first few seasons. 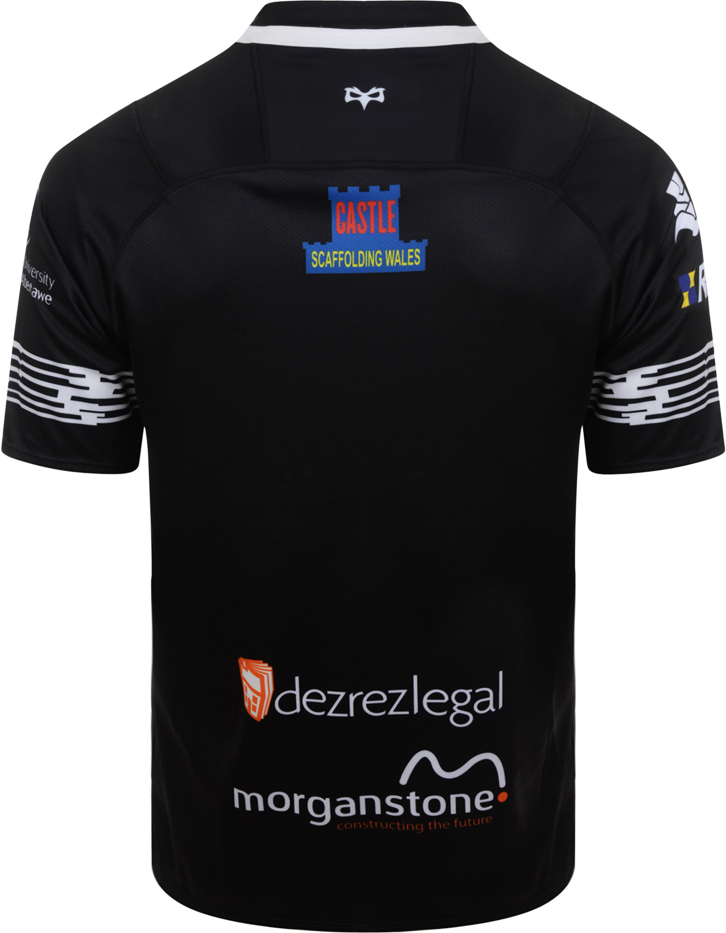 The shirt isn’t totally without ornamentation however – we mentioned the ‘bedrock’ theme, and the same ‘bedrock hoops’ pattern that was so eye-catching on the away shirt has been repeated on the sleeves.

It’s a nice touch, and lifts this shirt from being so clean and old-school that it almost wouldn’t feel like an Ospreys shirt. 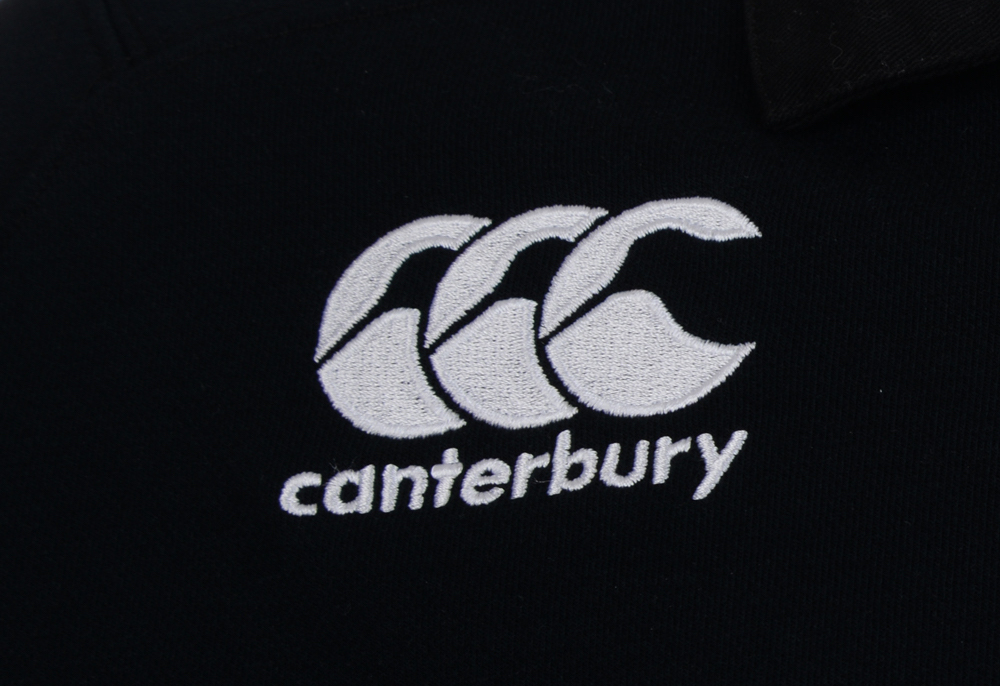 But make no mistake, this is a definite shift in vibe from the Ospreys shirts we’ve seen in the past, and that’s probably a good thing. Canterbury are great at distilling the essence of team’s jersey into its most clean and classic parts, and as a first effort, this is exactly the sort of thing we wanted to see.

We’re sure that over the next two years, Canterbury will add their own design flair and panache into the Ospreys home shirt, but as a place to build from, this is a really great start.