Ahead of next month’s Women’s Rugby World Cup in Ireland, France have revealed a brand new alternate shirt from Adidas that they’ll wear for the tournament.

The striking new white design incorporates an unusual double chevron design, with textured dark blue and red Vs that run across the top and midriff of the white jersey.

The new shirt also features the WRWC2017 patch on the right breast, with the Adidas logo shifted to the centre of the jersey, while it’s notable that this also features the new-style Adidas collar first seen on last year’s All Blacks shirts. 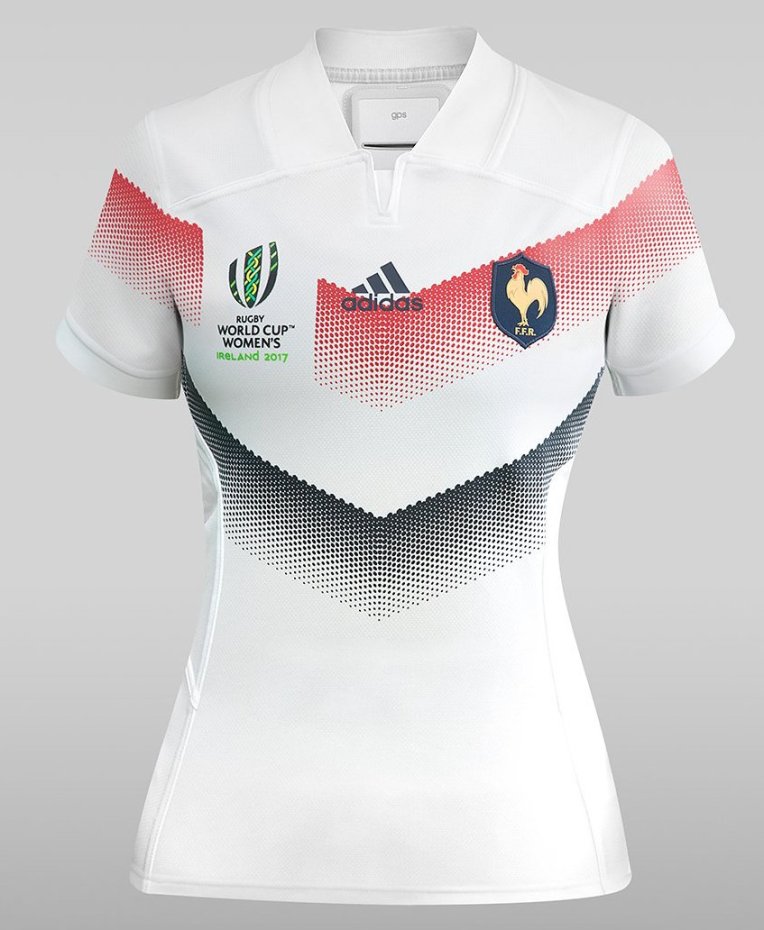 Les Bleues have been given the honour of being the first French team to don the new away jersey, though an identical men’s version (shorn of the WRWC2017 patch of course) is expected to be revealed for the men’s XV de France on 1 August.

Keep an eye out for more Women’s Rugby World Cup 2017 jersey news on World Rugby Shop, including some up close looks at the women’s jersey designs, in the next few weeks.