Toyota Verblitz have some of the strongest pedigree of any team in the Japan Top League, having been in existence since 1941, and having won the old Japan National Championship three times in their long history.

In spite of their history, Verblitz (quite literally ‘green lightning’) have yet to bring a Top League title back to Toyota, and finished up this season’s campaign quite literally in the middle of the pack – eighth of 16 teams.

That said, they do have two things to recommend them – they have the only Welshman playing in Japan in former Bath man Dominic Day, and they also have a pretty cool shirt from Canterbury. 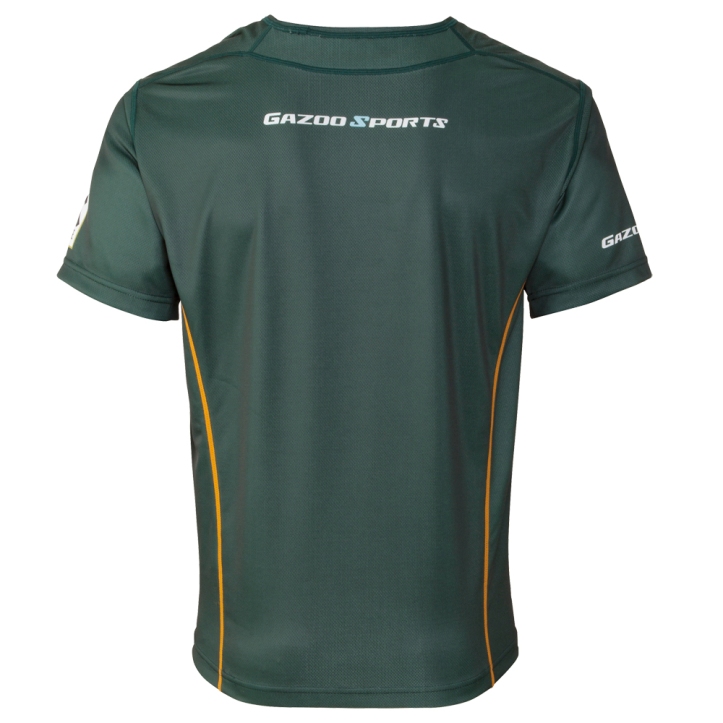 We really like the dark green base colour, as much as we wish the lime green Verblitz logo didn’t clash with it quite so much, and the yellow accents are pretty distinctive too – they definitely make the rest of the jersey pop.

Verblitz coach Filo Tiatia is going to take over at the Sunwolves for this year’s Super Rugby season, but at least the big man has been able to appreciate some unique, classy jerseys in his final season at the club.