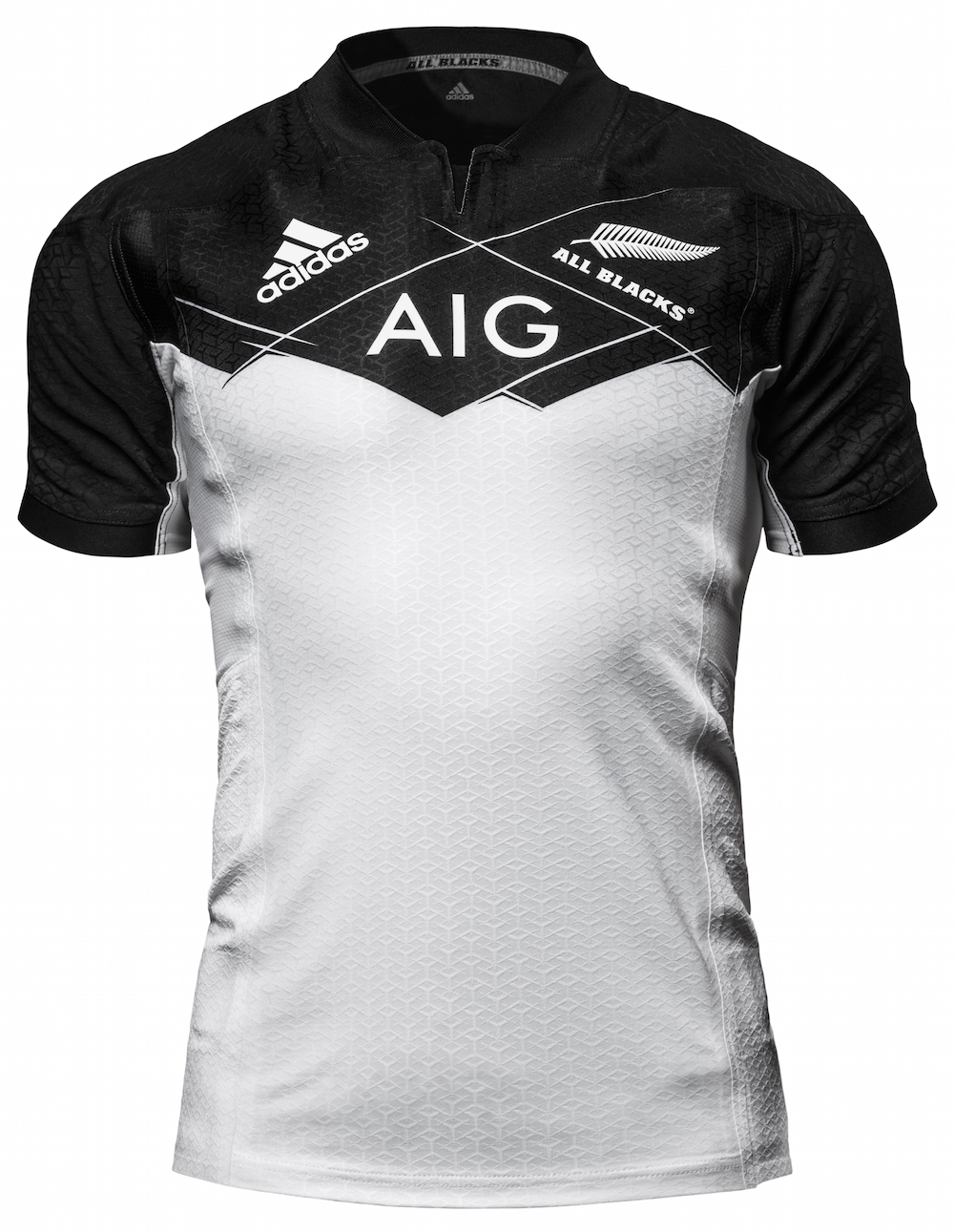 The All Blacks’ solution to this has traditionally been to go all-white for their change strip, but this year Adidas has opted for a bit of a half and half solution – and the result is one of the most striking new international jerseys we’ve seen in some time.

The body of the shirt is plain white, but in a break from the norm, the chest, shoulders and sleeves are black – but it’s the way that the black has been done that’s very unusual.

Like the home shirt we reviewed a few weeks ago, the base pattern of the shirt is the striking new triaxle weave, but here the design has been used to even more striking effect across the front of the design. 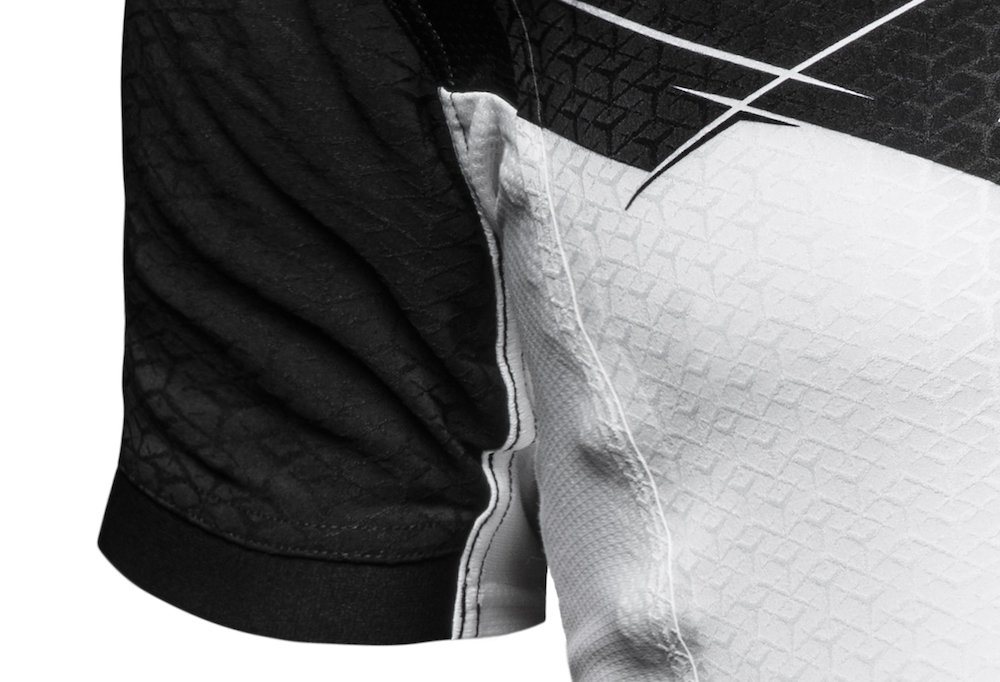 Instead of a straight line yoke across the shoulders and sleeves, we have a striking, jagged divide between the top and bottom of the shirt, with striking pinstriped slashes of white criss-crossing the black area of the chest haphazardly.

Unsurprisingly there’s a story to this design – Adidas consulted the All Blacks players about what they wanted to see in the new design, and while the feedback was for a design strongly rooted in tradition, they also wanted something that reflected the team’s dynamic style of play. 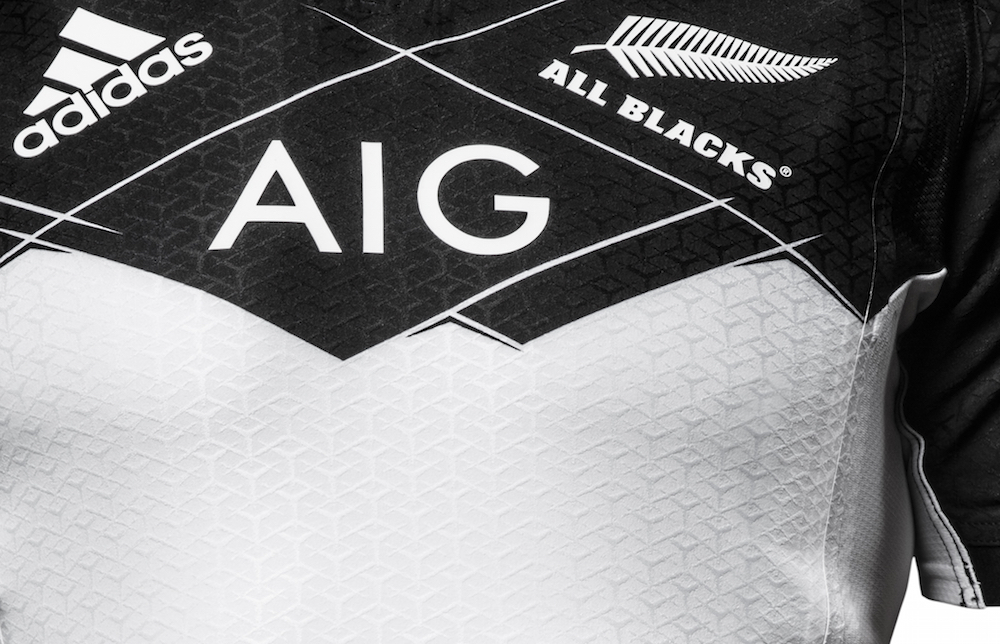 But it’s not just the dynamic, interlocking lines that reflect this boundary-pushing ethos – to further enhance this sense of creativity the supplier and team logos are placed in an angled, asymmetric manner on the front of the shirt.

It’s certainly very different to what we’re used to – we can’t think of another jersey, let alone a test jersey, that’s put their sponsor and team logos in a way that looks so inherently ‘wrong’. But it’s a wrong that kinda works along with the rest of the asymmetrical design. 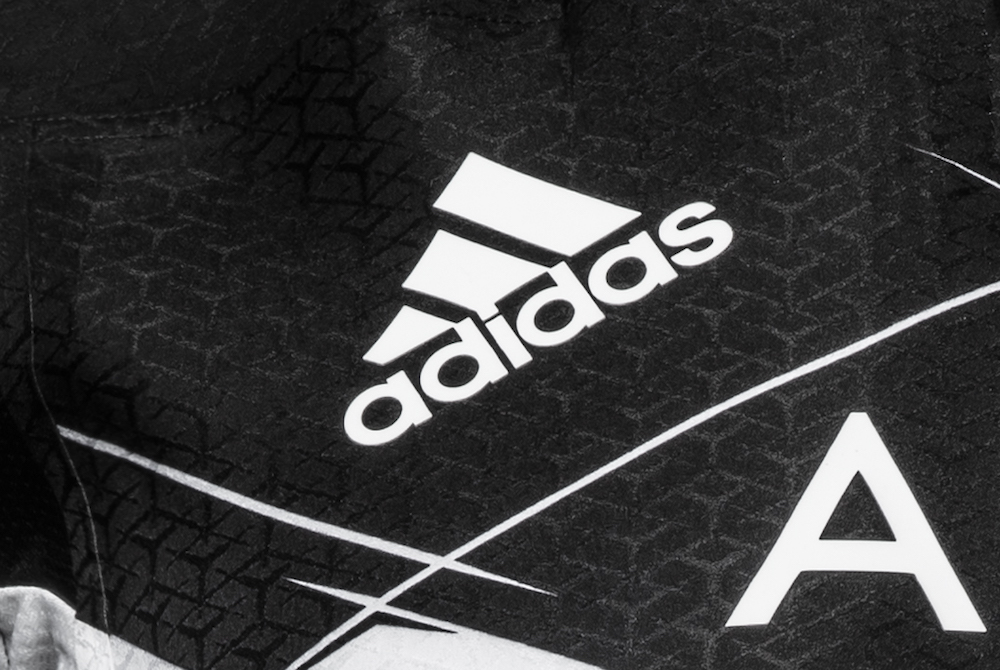 The All Blacks don’t have much cause to wear their change shirt. There are only two teams that they clash with enough to warrant wearing it – Scotland and France – and then tradition dictates that they’d only need to wear it if they were playing at home.

However, thanks no doubt to some Adidas familial cooperation, this weekend’s game between France and the All Blacks will not only debut the France home shirt, but this design as well – perhaps the meeting of the two most unconventional, yet still kinda awesome, test shirts we’ve seen in a long time.