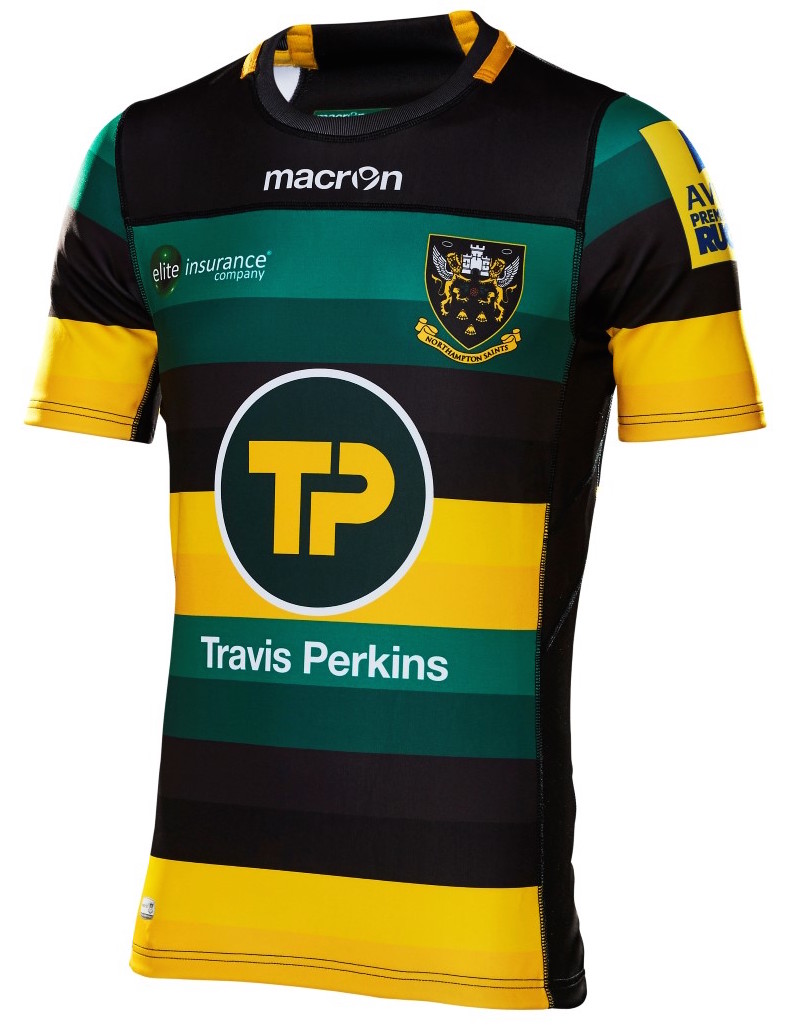 There wasn’t a lot for Northampton Saints fans to shout about last season. In addition to a quarter-final exit from the Champions Cup, they finished in a disappointing fifth place in the Premiership after a dreadful start to the season.

They’ll be hoping for better things in 2016, and the Saints will be putting their best foot forward wearing kits provided by a brand new supplier – Macron. The Italian firm has made a big name in rugby over the last few years, primarily through its relationship with the SRU and its clubs, but this is the brand’s first venture into the Premiership.

And you have to say, for a first effort, the Bologna-based company has done something pretty special with the Saints 2016/17 home shirt, producing a design that somehow manages to feel both traditional and modern at the same time. 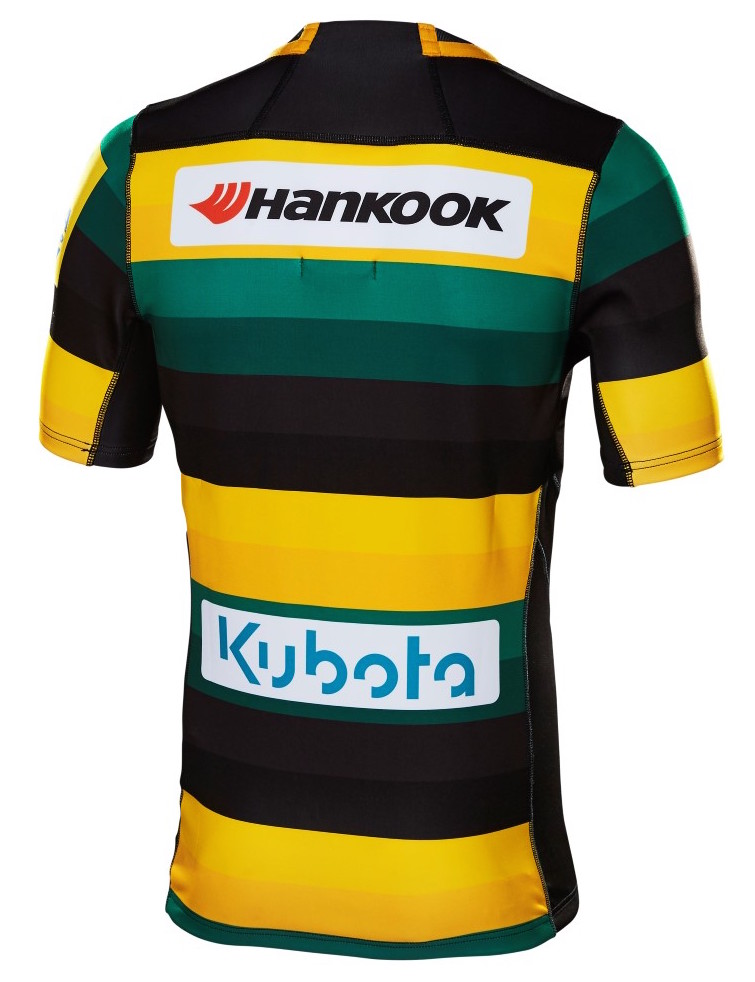 For the last two years, the Saints wore a home shirt that used Northampton’s classic black, green and gold colours in fairly straightforward (and rather lovely) traditional hooped jersey… but this is something a lot less straightforward.

Rather than simple equal hoops, what we have here are pairs of same-coloured hoops that are tonally slightly different, banded together to create a subtle banding/fade effect. All at once, it gives the shirt a totally different vibe to Saints shirts of the pass, and yet still feels rather classic – it’s a fabulous effort. 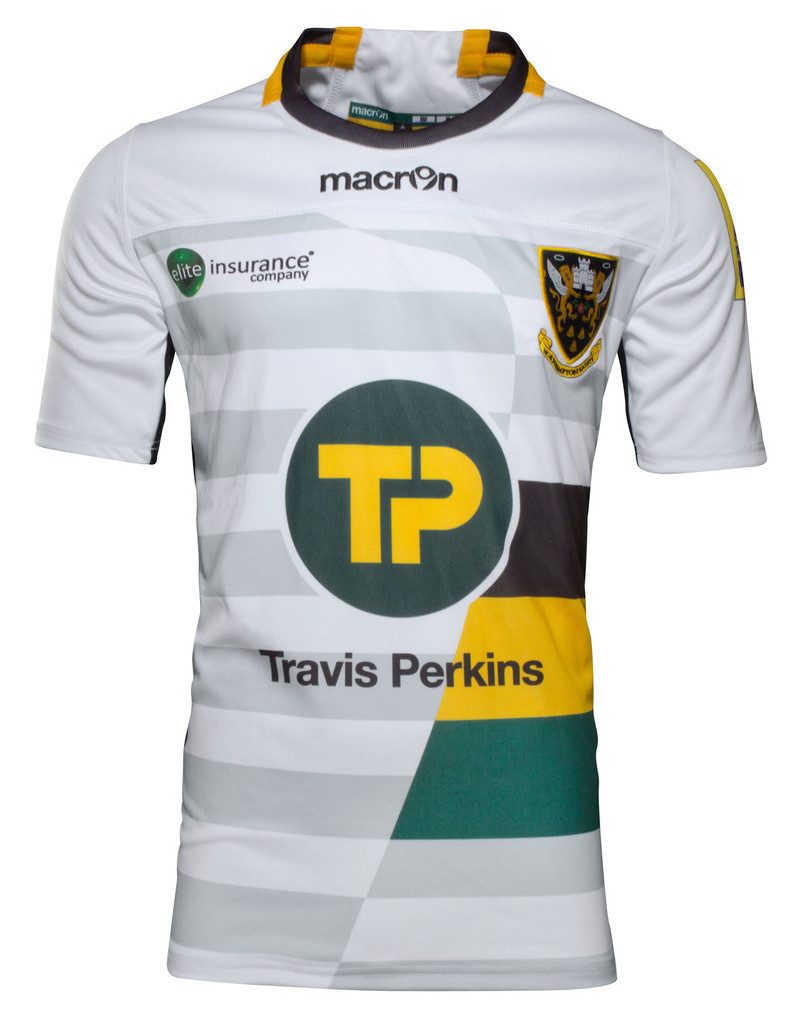 The change shirt is something altogether a bit different – sticking with the hooped theme, we have a white jersey with subtle tonal hoops, with an interesting half-and-half effect. The most striking aspect however, is the green, gold and black hooped insert on the bottom of the design – it’s very distinctive, and we have to say, rather cool as well.

In fact, the only thing that we’d have liked to see that’s missing from these jerseys is the one design feature that’s won Macron so many admirers over the last few seasons – the proper collar. Instead, we have the same ring-neck design seen on the Scotland Sevens shirt, and while it’s perfectly nice, the old-school collar would have really taken that home shirt into all-time territory.

As it is, while we really like the away shirt, the Gold Award badge you’re seeing underneath this review is primarily due to the stunning home shirt – you all know how much we love ourselves a hooped jersey, but this manages to not only be gorgeous, but do something new and interesting with a colour scheme that’s over 110 years old.