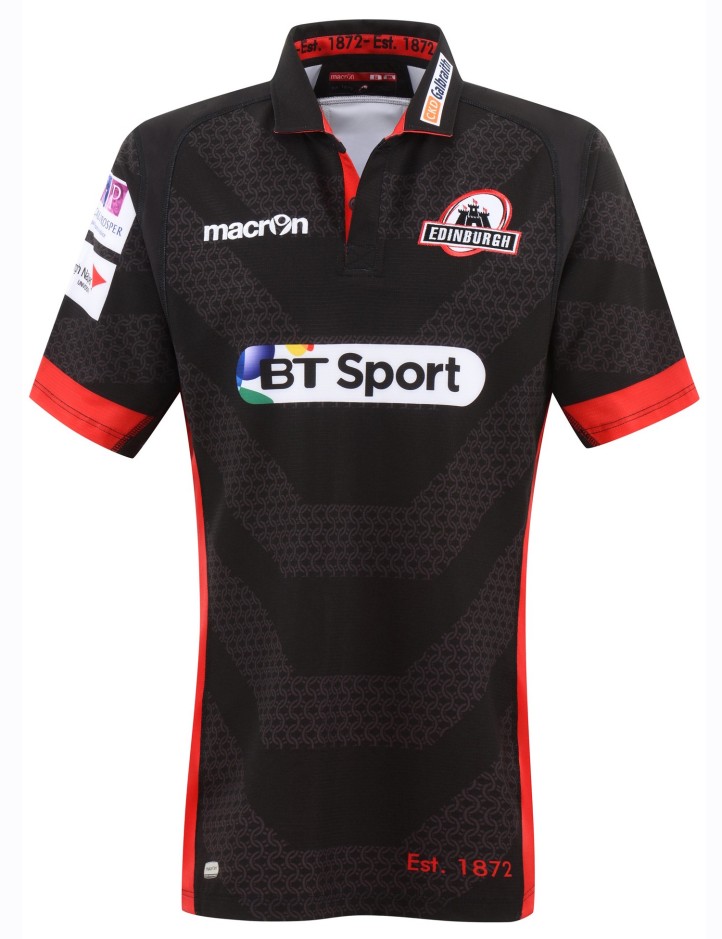 Last year, Edinburgh got themselves firmly esconsed on our naughty list for committing a double-whammy of jersey crimes – first up, they ruined a perfectly nice home shirt with some godawful chainmail, but the worst offence was the truly deplorable red-camo away shirt. We’re still having nightmares. Thankfully, we don’t have to look at those any more, and we have two new designs for 2016/17 – surely things can only get better?

First up, the home shirt – and at first glance you’d be hard-pressed to find anything to object to about it. It’s a perfectly nice black shirt with an always welcome old-school collar, with some tasteful red trim around it to cap things off? 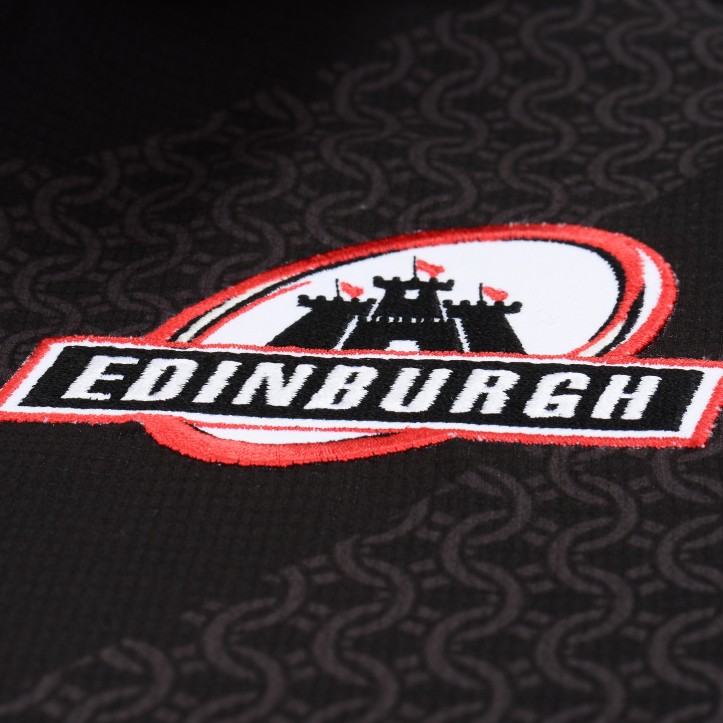 There’s even a subtle sublimated V-shaped repeated pattern in the jersey to stop it going to 2014/15 levels of plainness that looks pretty cool and… hang on… what’s that? CHAINMAIL?! God dammit we were trying to be nice and you went and stuck bloody chainmail on it… AGAIN.

Do we need to have an intervention here? Is there a petition we can sign to stop rugby clubs using tacky clip-art level graphics that stink up otherwise perfectly good shirts because honestly, this has got to stop. The mail isn’t even done properly – if you’re going to do it, at least make it so the rings don’t get cut in half by the pattern so it looks like you’ve just copy and pasted any old texture onto the segment. 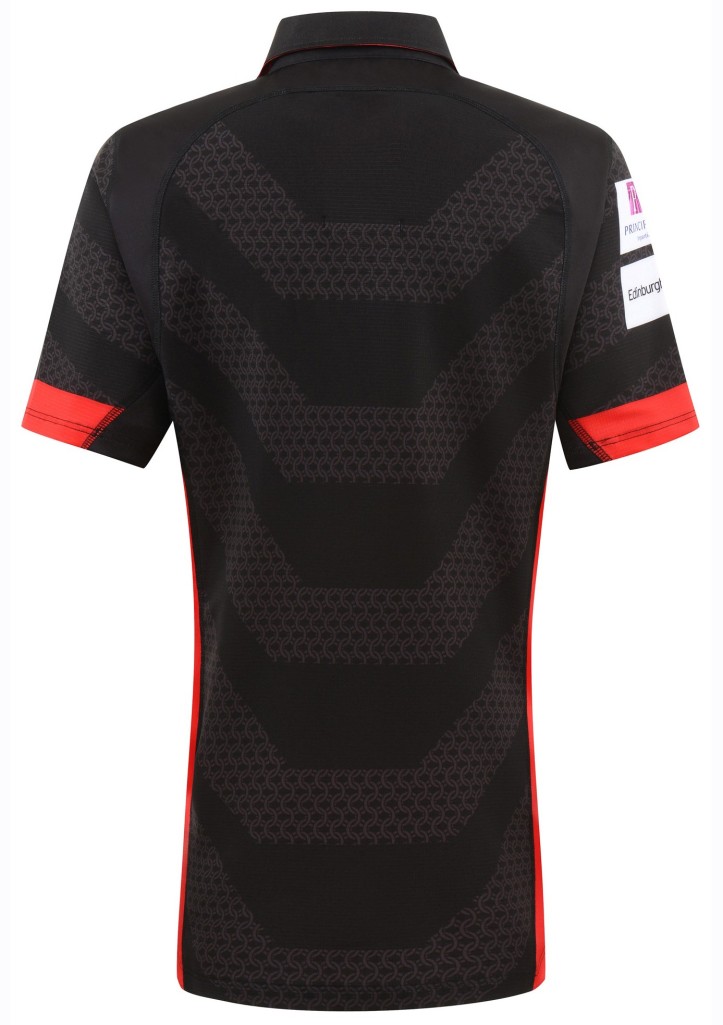 In truth though, this is the turd in what would otherwise be a perfectly decent trifle, and the that the pattern of the mail is actually very cool combined with the fact that it’s a lot less subtle than last year at least means that it’s a definite improvement on last year.

But before Edinburgh fans get too downhearted at their club’s refusal to just stop with the tacky graphics, don’t fret, for there’s still the away kit to come, and things are looking far more rosier here… 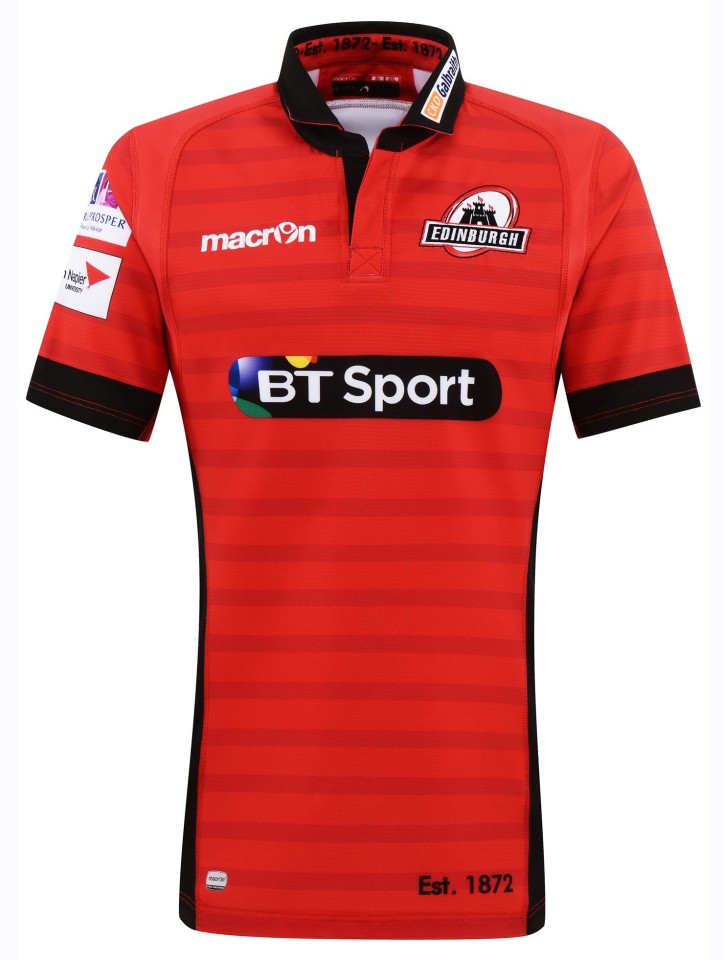 Well, well, well – would you just look at that? From teetering on the precipice of a second year in the doghouse, Edinburgh have roared back into our good books with what has to be one of the smartest alternate shirts we’ve seen this year.

We love hoops, of course – this should not be news to anyone by now – but we love the way they’ve been implemented here, with the tonal pattern contrasting thin and thick hoops in a wonderfully subtle way. 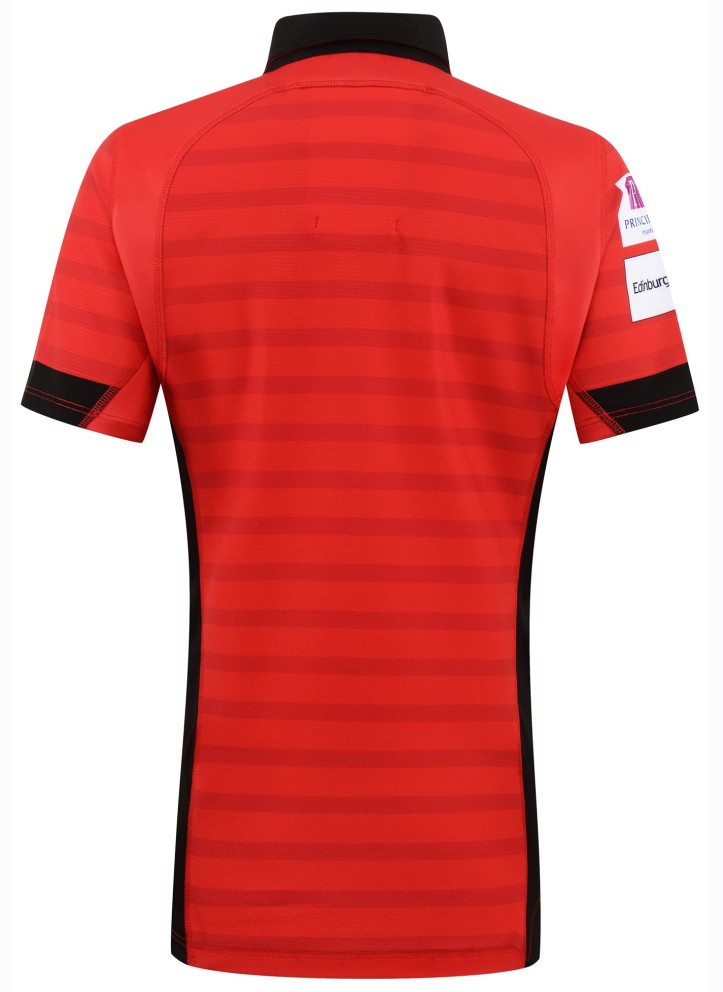 The contrast between the hoops and the black trim up the sides of the shirt, as well as on the sleeve cuffs and collar, really makes this a striking, lovely shirt, and the only complaint we really have is that the ‘Est 1872’ stitched on the bottom of the design looks a bit big – we’d prefer it knocked down a few points.

Other than that, it’s an absolutely gorgeous design, and really sets us up with a game of two shirt halves – a home jersey that’s a definite improvement from last year, but still has some real downsides that we can’t really overlook, and an away shirt that’s among the nicest designs we’ve seen all year. Choose your poison… we know what we’re picking.