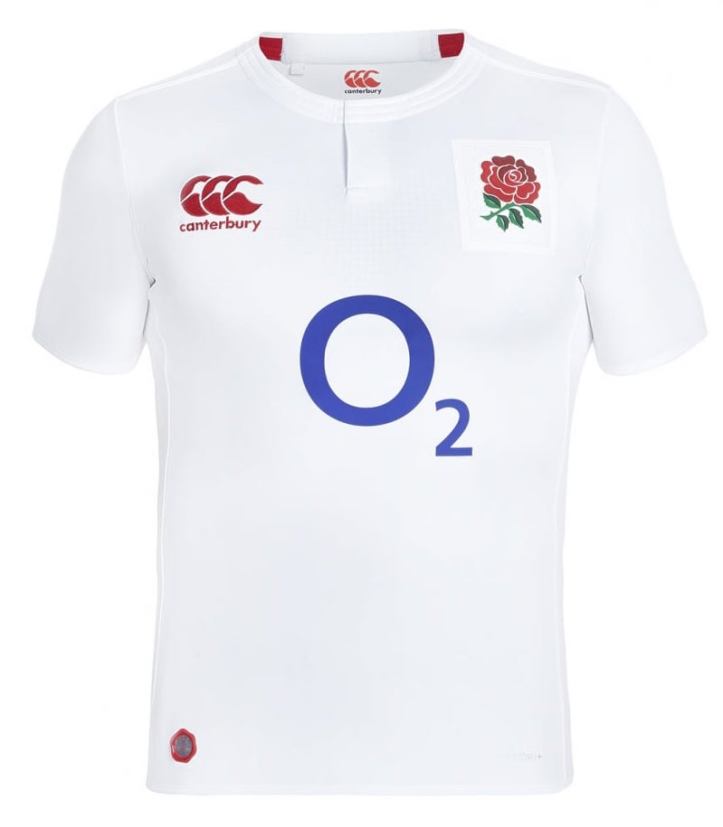 Hot on the heels of their remarkable and historic 2016 season (the less said about the 2015 bit of 2016 the better, ahem), Grand Slam champions and Wallaby white-washers England have revealed the brand new shirt that they’ll be wearing as Eddie Jones and co look to kick on to even bigger and better things in 2017.

Since Canterbury took on the England contract back in 2013, the message (at least with the home shirt) has been one of simplicity – of getting back to the classic recipe of an England shirt. Discarding anything superfluous or gimmicky to give the fans what they want – a retro, timeless design that will stand the test of time. 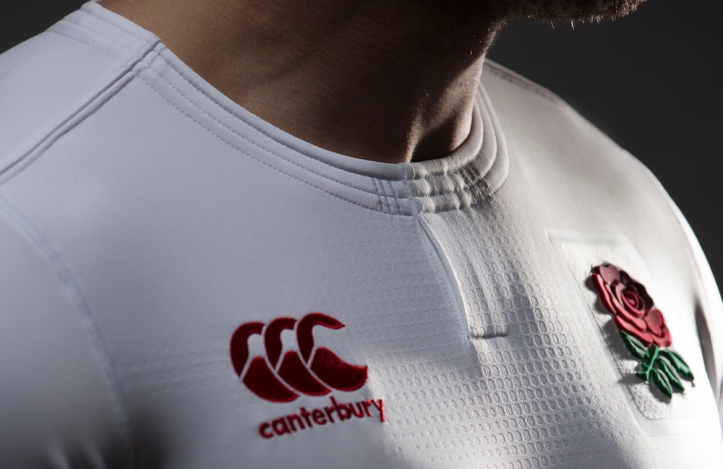 The 2016/17 England home shirt might well be the apex of this school of thought, as it takes England’s jersey design all the way back to where it started, the first jersey worn by the men in white in 1871.

As befits a jersey that’s drawing inspiration from the very earliest days of rugby union, this is, on the surface at least, an incredibly simplistic and old-school design, but as is often the way with Canterbury, the details are where this shirt’s story is told.

The key facet of this shirt is the collar – Canterbury have chosen to forego the brand’s famous Loop neckline in favour of something that vaguely resembles a grandad collar. Canterbury are ever so slightly wankily calling it a ‘deconstructed collar’ but it’s based on the one sported by the very first England shirt back in 1871 -we think it looks very cool, especially with the top button undone. 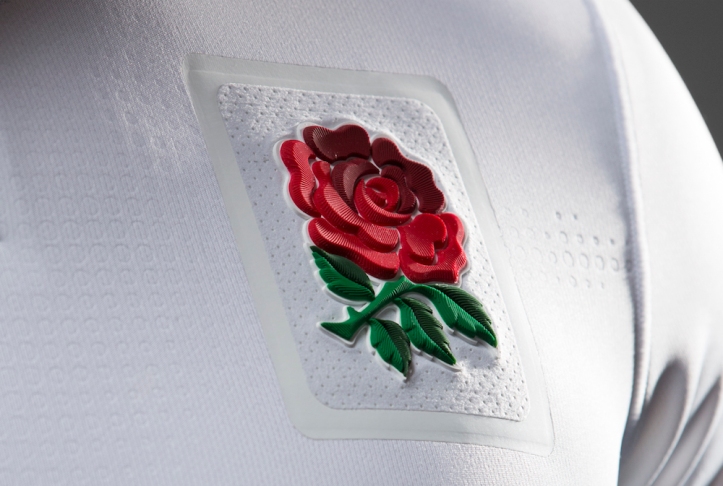 The other nod to the earliest days of England rugby concerns the famous red rose. Once again, the rose is a 3D injection-moulded thing of beauty – first seen on last year’s World Cup shirt, but this time it’s situated in a ventilated patch that’s been stamped onto the shirt.

Perhaps understanding the dangers of letting Dylan Hartley and co loose with a needle and thread, Canterbury has chosen to reflect this tradition by affixing the red rose patch themselves – this seems like a wise move to be honest. 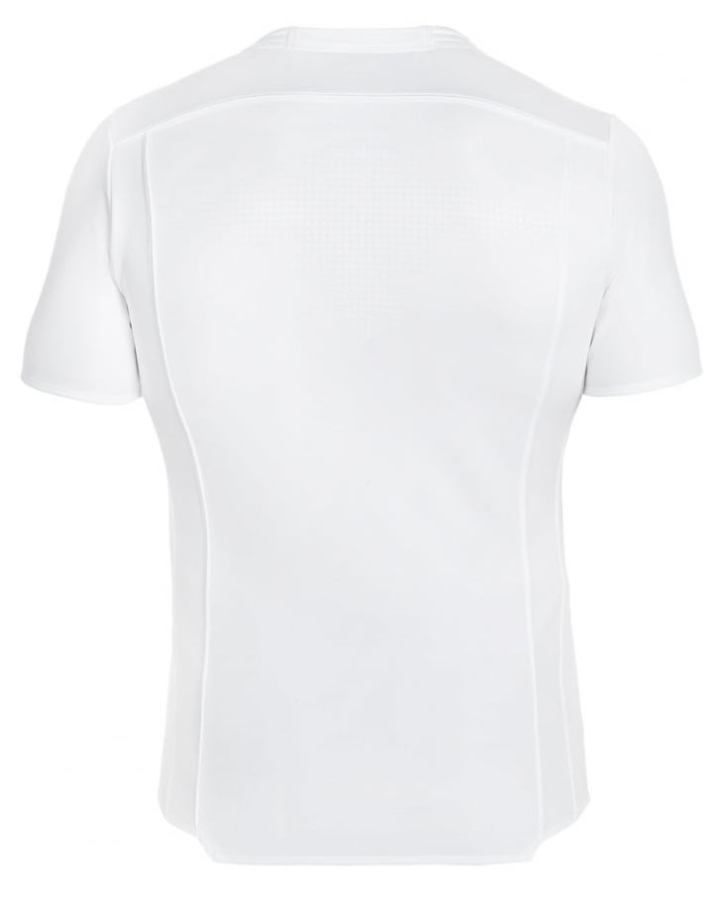 Other subtle additions to the new England home shirt include a subtle St George’s Cross motif embossed across the chest, plus a load of technical enhancements including, but not limited to, ‘reduced fabrication weight to minimise moisture absorption’, and ‘super-enhanced fit technology, developed from player position-specific 3D body-mapping’ – so now you know.

One welcome addition that you won’t see here is the creation, for the first time, of a new custom-fit women’s version of the shirt, specifically designed to meet the physical requirements of female athletes. We’re sure this will go down well both with female fans who’ve complained about this oversight in the past, and the England Women’s team, ahead of their World Cup defence next summer.

Designing a national shirt can be a bit of a poisoned chalice – if you do something outside the box, you’re slated, if you do something more traditional, you’re slated. Canterbury has always toed a fine line with this, but we think once again they’ve hit the sweet spot, with a kit that looks classic, but has plenty of clever modern flourishes that lift it above the ordinary.