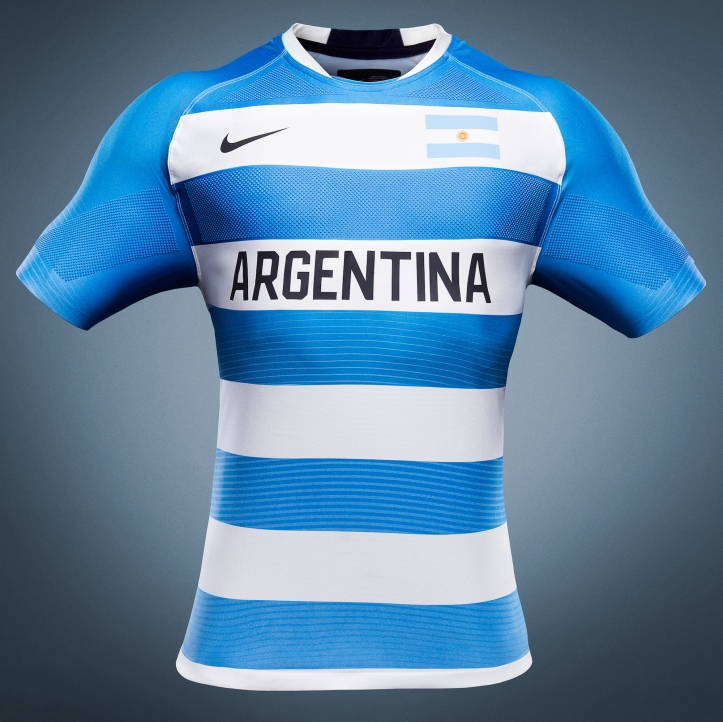 With the Rio Olympics just a few weeks away now, the shirts for the first ever Sevens tournament are flying thick and fast, and Argentina are the latest team to join the fray, let’s take a look at what they’ll be wearing in Brazil…

If you’re thinking that these shirts look more than a little bit familiar, you’d be quite right about that – the basic design for both of these jerseys is identical to the new Los Pumas 15s jerseys from Nike that were also launched last week. However, as with all the shirts for the Olympics, there are several important differences. 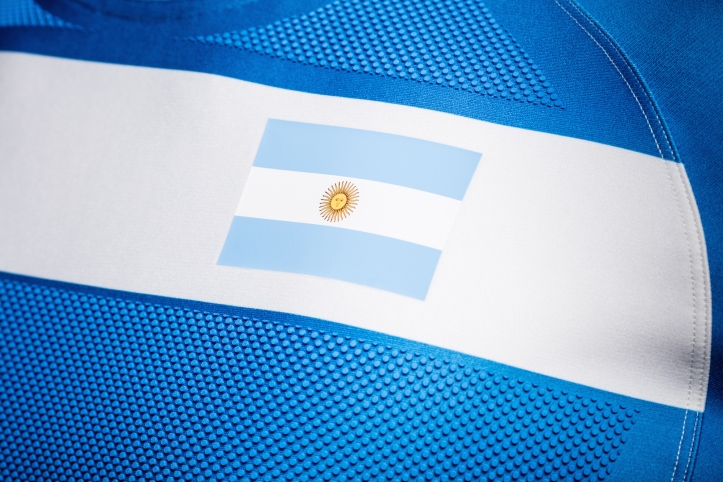 In place of the famous Puma badge, on the left hand side of the chest, we have the Argentinian flag – something that looks a little bit stark and industrial compared to the more interesting Olympic Committee crests that other nations have used, though it’s obviously very direct.

Speaking of direct, in place of the main sponsor we see on the 15s shirt, we have a loud an proud ‘ARGENTINA’ word mark across the chest – you certainly won’t miss them when you’re watching the games this summer.

Other than that, these jerseys are identical to the 15s designs, and that’s no bad thing at all – from the classic blue and white hoops of the primary jersey to the blue fade of the alternate, both replete with the very modern-looking curved pinstripes emanating from the bottom of the shirt.

The UAR is now Nike’s last remaining major client in rugby union, which is a crying shame because they still design some of the coolest shirts in the game – these are no exception, and there’s no doubt Argentina will be one of the finest looking teams at the Olympics.