It’s a sad fact of life that, no matter how voluminous your rugby shirt collection, you can’t actually wear replica rugby shirts in all situations. Thank goodness then, for Stash ‘N’ Grab – Rugby Shirt Watch’s guide to the coolest and most interesting new off-field rugby gear, that will let you flaunt your love for the sport in any scenario.

Back in the Autumn, Canterbury announced their partnership with the British & Irish Lions with a frankly gorgeous retro shirt that took the rugby world by storm. That was just the beginning however – Canterbury promised that we wouldn’t have to wait until the 2017 tour launch to see more from the Lions, and this is the first salvo: The ‘Since 1888’ Collection…

Unlike the 1959 Retro jersey, the 1888 range is just that – a range. We’ve got four different garments, two polo shirts, and two heavy duty long-sleeved rugby shirts. Like that gorgeous retro jersey, however, the range is once again inspired by a moment in the long and noble history of the British and Irish Lions. 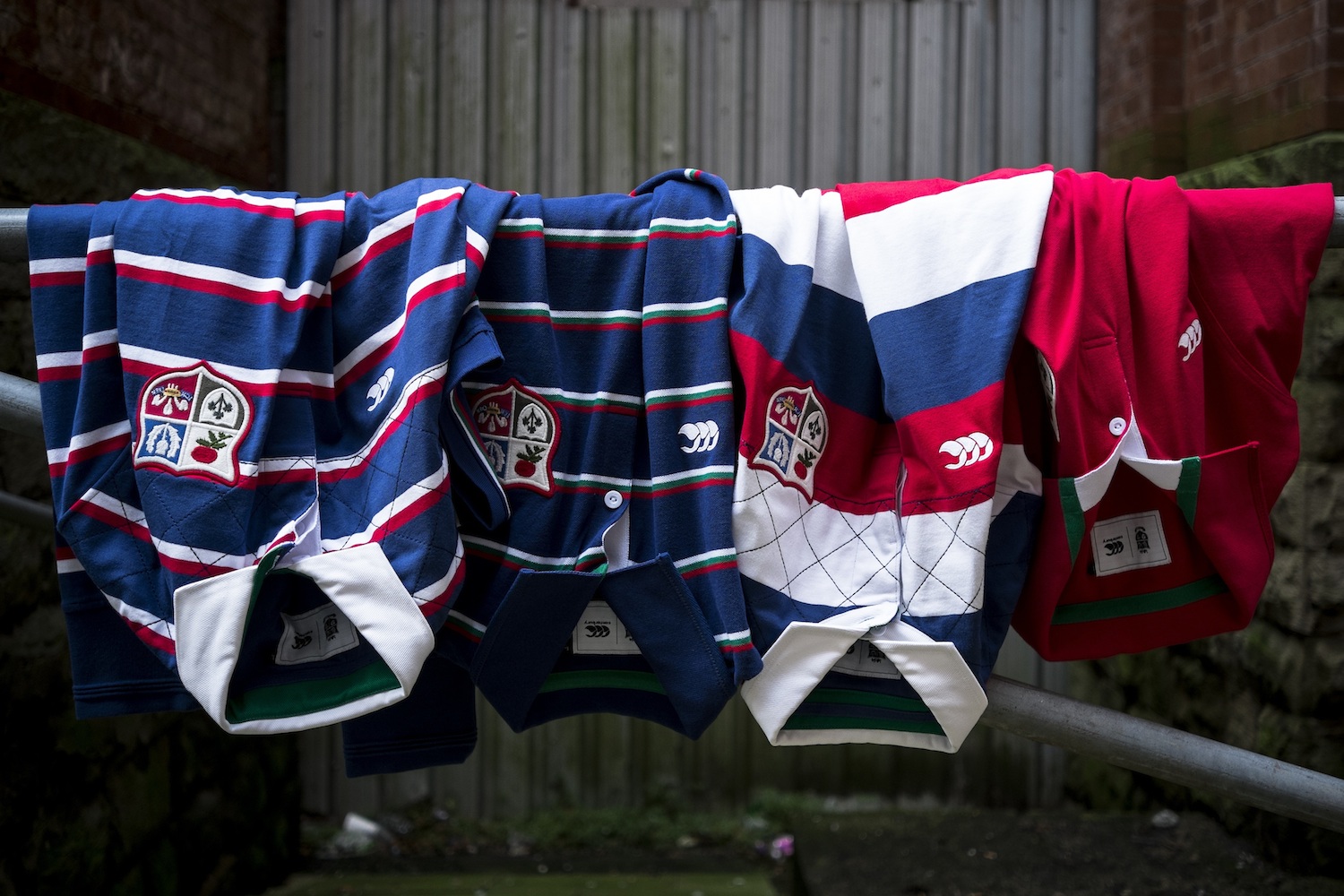 Our story begins, oddly, with a cricketer – and not just any cricketer either. Arthur Shrewsbury, the right-handed opener for Nottinghamshire and England, was one of the finest batsmen of the 1880s, surpassed by only the legendary WG Grace, and he was something of a trailblazer, too.

Shrewsbury and his friends James Lillywhite and Alfred Shaw had organised several cricket tours of Australia and America, but his 1887 England tour of Australia had been a financial disaster, and in order to recoup some money, he attempted to organise an England rugby tour Down Under in 1888.

Always wary of any potential threat to amateurism, however, the RFU would not sanction an official tour, so instead Shrewsbury selected an unofficial invitational team, commonly known as the ‘English Footballers’, but comprised of players from England, Scotland and Wales. While the name wouldn’t come until 1924, this tour was the seed from which the British & Irish Lions legend would grow.

So what’s that got to do with these shirts? Well, the Lions didn’t start sporting the famous red jersey until the 1950 tour, and to differentiate the team from the official England team, Shrewsbury requested a jersey that “would take them by storm”.

What he got was a shirt with striking thick red, white and blue hoops – very appropriate given the nationalities of the players involved – and it’s that original Lions shirt that Canterbury has chosen to commemorate in the 1888 collection.

The two long-sleeved cotton rugby shirts offer a literal and more abstract take on the tri-colour hooped 1888 design, and as with the 1959 jersey, it’s an incredibly durable, high-quality bit of kit.

People have raised eyebrows at the prices of Canterbury’s traditional shirts, and while there’s not denying that it’s not cheap, you really do get what you pay for. Every bit of these shirts absolutely drips class – from the durability and quality of the materials and stitching, to the nice little details that elevate the designs.

It’s these little cosmetic details, such as the hand-sewn effect on the Lions badge, the old-school hatched stitching across the shoulders, or the unique thin ribbed section on the cuffs that all add up to making these shirts feel seriously impressive.

If the heavyweight long-sleeve shirt isn’t for you (or your wallet can’t quite stretch to it!) there’s also a short-sleeved polo option that’s equally handsome.

Unlike the long-sleeves, only one of the polos is channelling the red, white and blue stripes, though there’s no doubt the thinner pinstriped take is an absolute stunner in either configuration. The other is a more classic Lions colour palette – but that’s no bad thing at all. 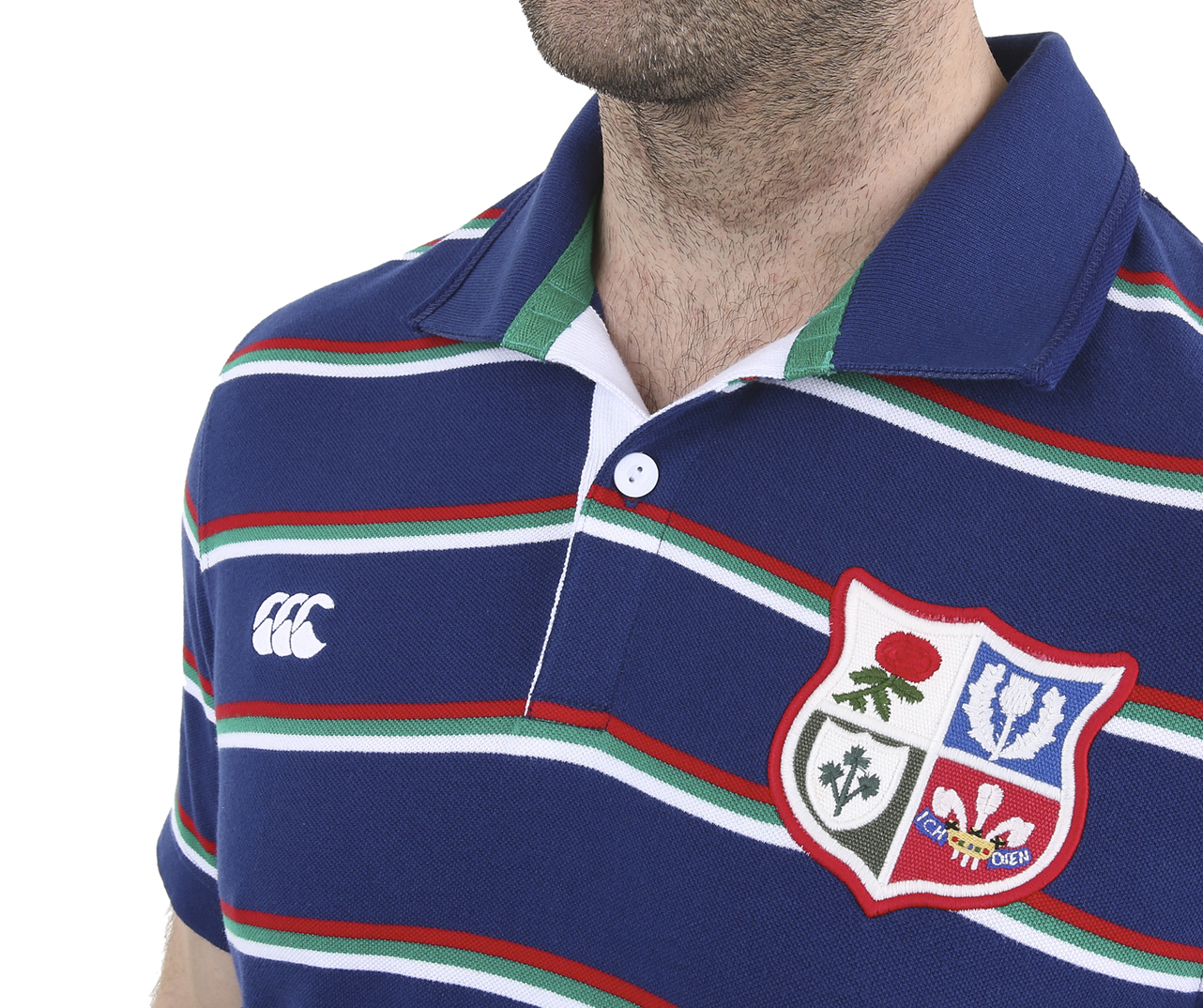 When Canterbury secured the Lions contract in November last year, we weren’t just excited for the on-field shirt that we’ll be seeing in the Autumn. Canterbury is the perfect brand to mine the rich history and mythos of the Lions to create myriad cool and interesting retro-vibed garments.

The Since 1888 range is a very exciting start to that process. Yes, they’re definitely not cheap, but if you want more affordable Lions gear, we’re sure the 2017 range will have you covered in every possible way.

Instead, these are aimed at collectors, Lions obsessives, and rugby fans who don’t mind spending a little more to own a stunning, fashionable classic rugby shirt or polo, and for them it’s perfect.