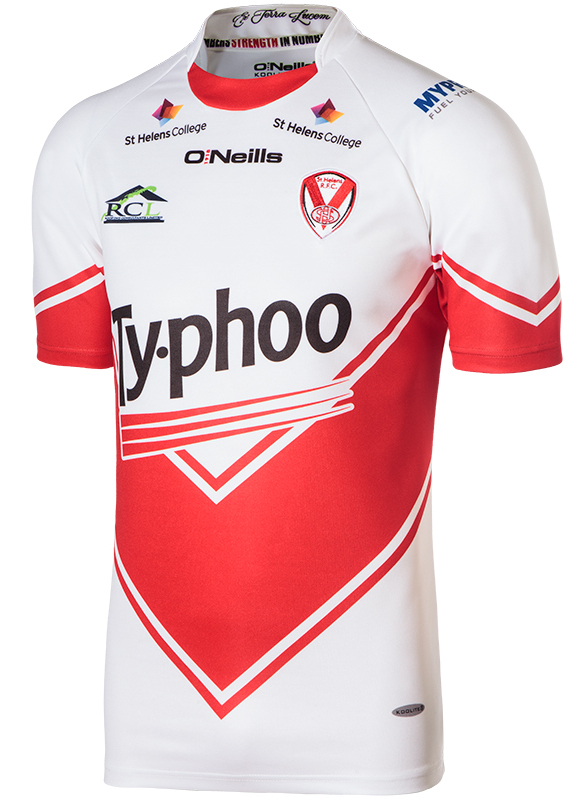 2015 was a transitional year for Saints, and despite a bright start under coach Kieron Cunningham, injuries to key players saw them end the season trophyless. It was a disappointing way to christen the club’s new partnership with Irish supplier O’Neills, which continues for 2016.

After a long time with ISC, many fans were unfairly sceptical of O’Neills’ ability to create decent shirts for one of rugby league’s most prestigious clubs, but the rather fetching old-meets-new design of the 2015 home shirt soon removed any worries in that regard.

The warmth with which that shirt was received has perhaps raised the bar unrealistically high for the firm’s second attempt, however, as the version for Super League XXI was met with a much more lukewarm response by many fans – and we think that’s a little bit harsh, to be honest.

Saints home design last year was innovative genius as their traditional chevron was given a radical, but tasteful facelift, and this time around O’Neills has opted to handle rugby league’s most classic and recognisable kit motif in a more simple and classic way. So what’s the issue, well… the placing of the V has proved to be highly contentious.

There’s no getting away from the fact that compared to a traditional rugby league V, this one is both very low and very wide, and we do think it looks a little over the top compared to last year. Yes the V needs to be the most prominent feature, but this is perhaps laying it on a little thickly.

We’re also not sure about the repeated chevron effect on the sleeve – on the one hand it does give nice balance to the jersey, but when the primary chevron is already so large, this feels like one step too far, and a simpler trim would have been far better. 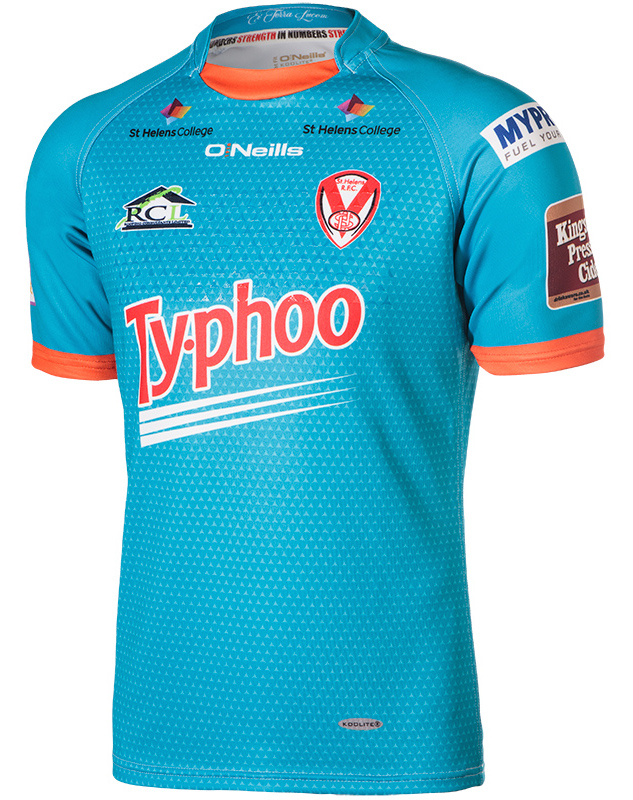 With the home shirt polarising fans, you’d think that Saints might play it safe with the change strip this year, but instead O’Neills has opted to be bold and brash in their design and colour choices for 2016 – and you know what, we think it really works.

Some will say the combination of teal and orange is a bit much, but don’t forget that this is an alternate shirt, too – it’s supposed to be a bit out of the ordinary. What’s more, this isn’t the first time we’ve seen this palette in use. Back in 1999, coached by the enigmatic Ellery Hanley, Saints won the second Super League Grand Final resplendent in something very similar to this.

We also like that these colours have been allowed to be the focal point of the design. Too often clubs throw the kitchen sink at alternate designs trying to be ‘bold’, but it ends up a bit of a mess. Short of an interesting triangle-based pattern on the jersey body, this one has kept things clean, classy and let the colours do the talking.

New kits are polarising, and no matter what a club does, you’re going to have sections of the fanbase that either like it or don’t. While we quite like the bold, unconventional nature of the 2016 Saints home shirt, we can’t help but feel that the V is just a bit too big and as a result, and so we’re leaning towards the section of fans who aren’t very enamoured with the design.

The away, on the other hand, is much more palatable – it’s different and bold, but with a clear line to the heritage and prior achievements of this grand old club. Should Saints manage to get back to winning ways this season and find themselves in another Old Trafford final come October, we think it would be rather fitting to see them don the teal and orange once again – it didn’t hurt last time, did it?