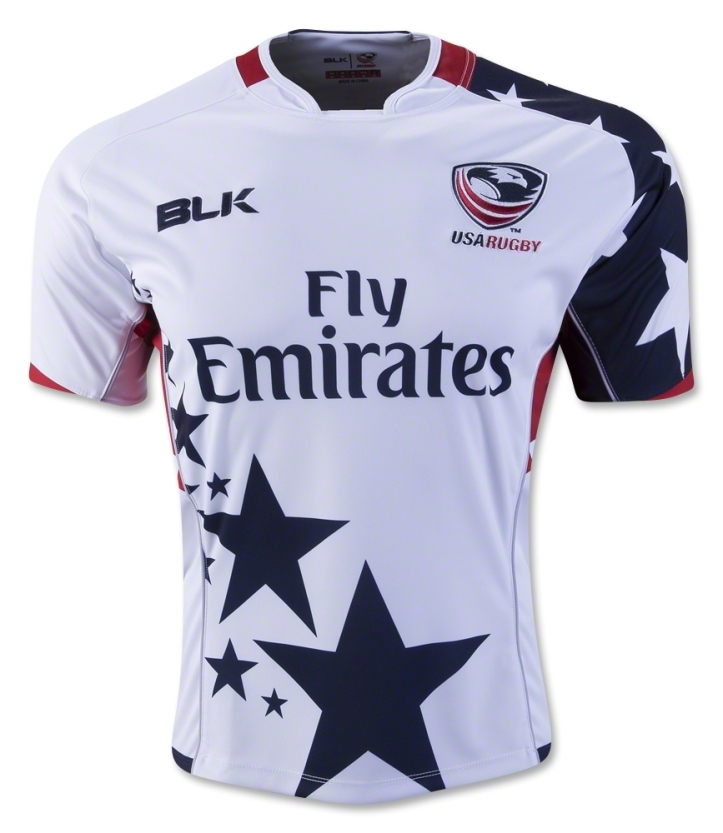 The continuing rise of USA rugby has been one of the most interesting developments in rugby union over the last few seasons. The 15s side has been gradually improving, but the most striking improvement has been with the sevens side.

Built on the bedrock of electric talents such as Madison Hughes, Perry Baker and Carlin Isles, the USA finished sixth in the overall World Series standings, won their first ever title at the London Sevens and qualified for the Rio Olympics to boot!

The USA will be looking to kick on in 2016, then, and they’ll be doing so wearing a pair of brand new jerseys courtesy of long-term kit supplier BLK, and launched exclusively in partnership with our friends at WorldRugbyShop.com.

And the first thing you have to say is ‘wow’ – we enjoyed last year’s design, with its subtle stars and stripes motif, but given that it was a sevens design, it was a little, well… subtle!

This on the other hand, is much more like it! We were big fans of the old Canterbury stars ’n’ stripes designs – they had a suitably bold and brash design philosophy for the sevens, and this one brings back some of that dynamic awesomeness.

For starters, it’s worth noting that the USA has swapped its home shirt colour back to white after two seasons in blue. We’re big fans of this change – in an Olympic year, returning to the traditional white that the USA famously won the 1924 Gold Medal wearing.

If the white is traditional, that’s about the only part of these new jerseys that are. The body’s resplendent with a veritable constellation of stars running from the armpit down across the waist, with a contrasting coloured left sleeve, again covered with more stars than the Hollywood Walk Of Fame. 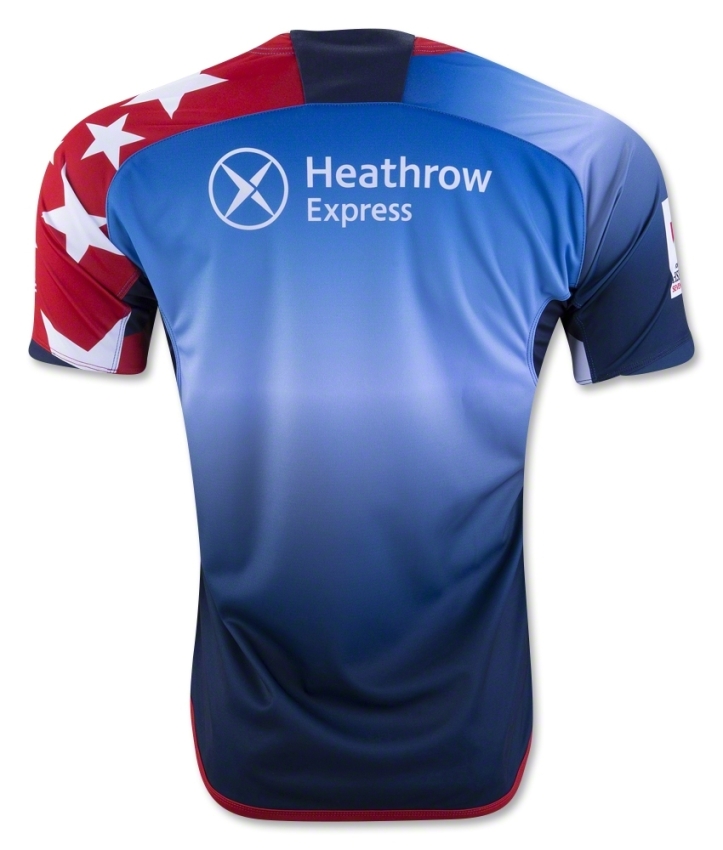 In both home and away guises, the shirts look absolutely stunning – dynamic, modern and of course, none more USA. We really love the red accents on the collar, sleeves and under the arms, too – it really lifts the design. We’re a little disappointed that the stars across the body haven’t made it onto the change strip though.

Who knows if the USA will pull off another remarkable, memorable season on the World Sevens circuit, but they’re wearing a shirt that embodies the spirit of rugby sevens. They’re exciting, bold and direct, and that’s exactly what a sevens shirt should be.