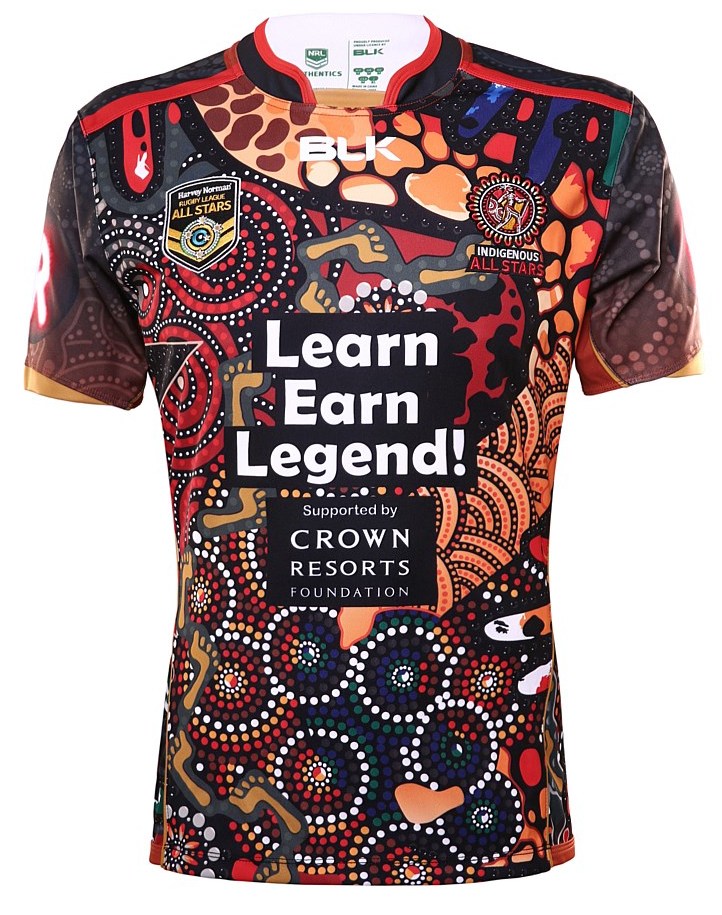 The All-Star game is, along with the Auckland 9s, the curtain raiser on the NRL season, and it’s no different in 2016. Once again, a squad selected from the best NRL players from Australia will take on a rest of the world selection for bragging rights in what’s always an entertaining affair.

Once again the shirts for this year’s game are supplied by Aussie kit supplier BLK, and one again, they’ve created a shirt for the Indigenous All Stars that’s ridiculously eye-catching, even by the NRL’s standards.

Just like last year, the body of the jersey is covered in bespoke Aboriginal art – it’s a trick we’ve seen BLK use on a variety of different shirts for different teams, but it’s still a concept that we really love.

If anything the design is even more impressive than last year’s design, given that this time the Aboriginal patterns extend onto the sleeves in a less subtle way than last year, and around the back we have a hugely striking warrior figure dominating the bottom half.

Shirts like this often claim that they ‘tell a story’ – and quite often that’s marketing nonsense. But if you look closely at this shirt, you can actually see that the varied elements can be pieced together to form a narrative, and that’s just really cool. 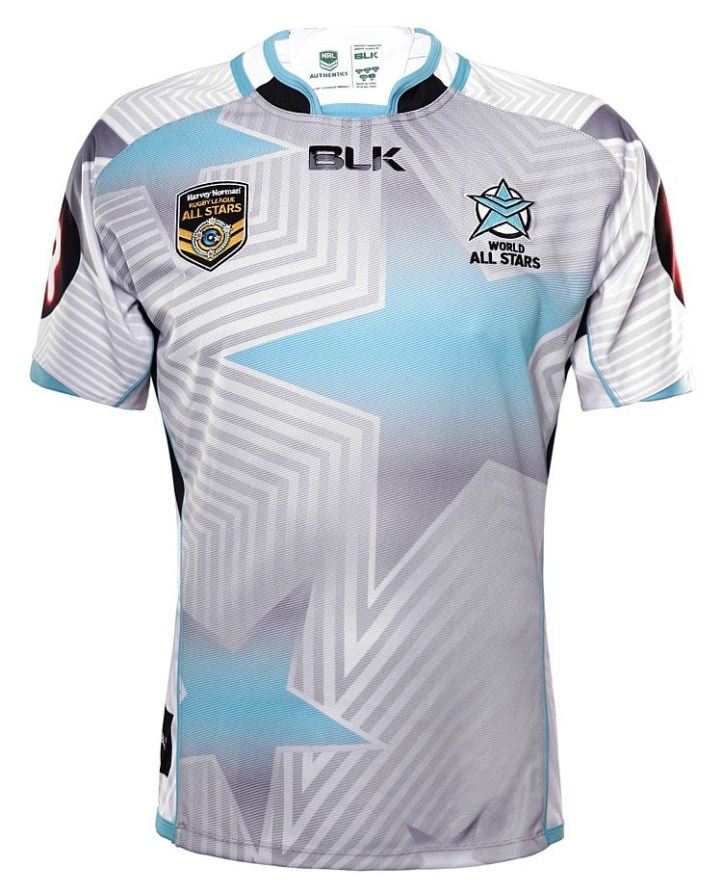 The shirt also makes a fair bit more sense, thematically, than the cool but perplexing ‘robot body armour’ vibe of last year’s design. You want All Stars? We’ll give you All Stars… literally all the stars.

Yup, we have giant grey and blue stars festooned upon the grey and white shirt to create a look that’s drastically different from last season’s primarily blue and gold design.

It’s a very different proposition to the more muted design of the 2016 shirt, but just like last year’s shirt represented the traditional rugby league chevron in a futuristic way, here we also have the chevron incorporated all over the design, with V-shaped lines emanating from every star giving a subtle nod to the concept.

The NRL All Star game is meant to pump fans up for the season with a showcase of the best talent the league has to offer taking the shackles off and playing the most entertaining and exciting game possible.

An exciting game needs brash, exciting and unconventional shirts, and once again BLK has satisfied the brief in spades!