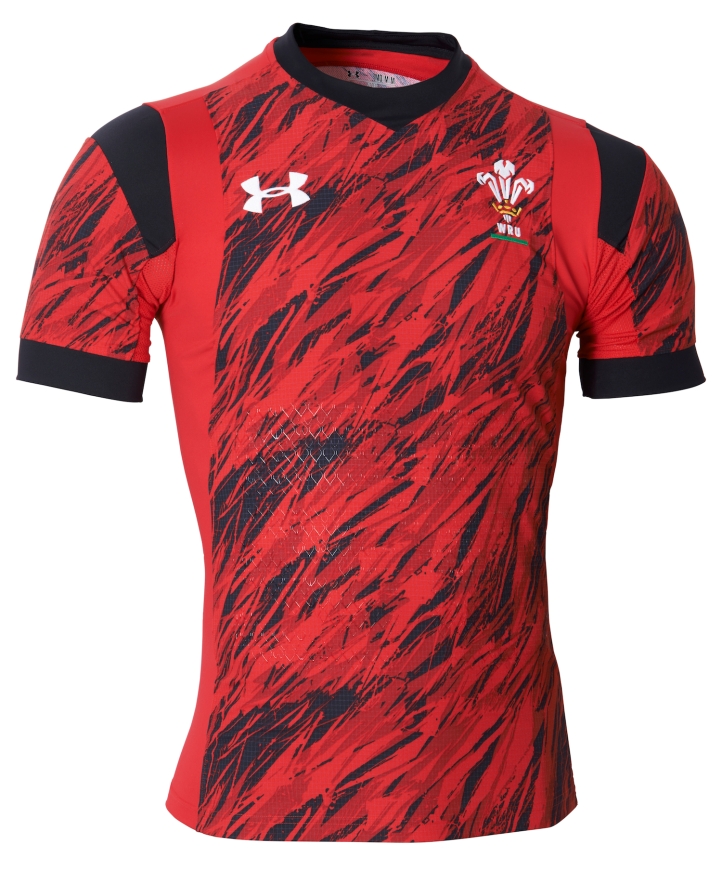 Wales have enjoyed mixed fortunes on the international sevens scene since they returned to regular competition in 2006. They amazingly managed to win the Sevens World Cup back in 2009, but have rarely troubled the top end of the World Rugby Sevens Series since, and have just a few Bowl and Plate victories (plus a memorable appearance in the 2013 Hong Kong Cup final) to show for the last six years on the circuit.

A new season brings with it new optimism however, and Wales will travel to Cape Town and Dubai with a squad packed with exciting talent – not least electric former Wales U20 star Jordan Williams – all hoping to impress enough to earn a place in the Great Britain Sevens squad for the Rio Olympics. What’s more, the WRU have also created a brand new shirt for the Wales Sevens to wear for the next two years and, as it should be with the shortened form of the game, it’s absolutely bonkers.

Wales first got into the bespoke Sevens shirt game two years ago at the World Cup, when they brought out a striking, memorable black and neon alternate shirt that was, in the finest traditions of the short-form game, both garish and gorgeous in one fell swoop. This year’s model, takes all that and runs with it. The WRU’s team explained that when they approached this jersey, they wanted to take what they’d learned designing the World Cup shirt and “Push it to the limit” – anyone want to accuse them of not doing that here?

Rather than go wild with an alternate shirt again, the WRU have chosen to roll the dice and use the primary shirt as the canvas on which to concoct their crazy schemes, and unsurprisingly, the base of the design is identical to the template used by Wales for their World Cup home and alternate shirts (the latter of which they’ll also wear for the Sevens as a change shirt), complete with the over-the-shoulder stripes that caused such furore when they were made gold for the World Cup. 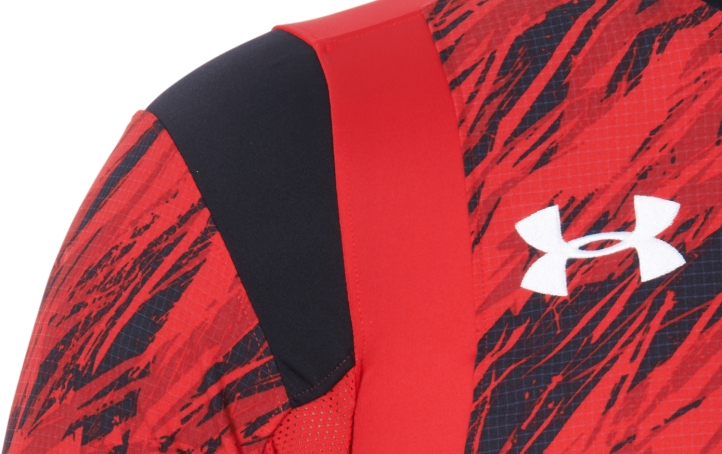 Here however, rather than polarising gold, we have black – it’s not a colour that’s traditionally part of the Welsh home jersey recipe – the 2013/15 home shirt is a rare exception, and it has been used many times as a change colour in the past, too. Here it gives the shirt a brooding, dark quality that many white-heavy Wales shirts lack.

But the black stripes and trim isn’t the main event here – you’ve seen the pictures, you know what we’re talking about. Oh yes, the pattern across the body and sleeves of the jersey, a mix of black and dark red lines, strokes, swooshes… we don’t know what you’d call it, but it’s completely unlike anything ever seen on a Wales jersey before.

Some people have described this pattern as camouflage – something that regular readers will know is pretty much right at the top of our shit list – but when you actually look at it, it’s clear that it’s not. It’s more like someone’s drawn fur, or maybe long grass, but done in a rather abstract, haphazard way.

We were curious, so we asked the WRU just what was up with that pattern, and they were refreshingly candid and frank about it. In an age where every new jersey has to have a deep philosophical story and meaning behind it, often an incredibly tenuous and borderline silly one, the WRU would admit that the main thinking behind this was to make something that looked striking and cool. Job done, we’d say.

The only brief they did give themselves was to create something that reflected the speed and excitement of sevens rugby, and we can definitely see what they intended – the myriad swooshes and strokes of the pattern on the jersey definitely gives a feeling of dynamism and movement.

We’ve said on many occasions that the purpose of a sevens jersey is to push the boundaries and try things that simply wouldn’t be acceptable on a 15s national team jersey. No, this Wales Sevens shirt isn’t going to please the traditionalists, or those who only love clean, classic designs, but frankly, that’s the point. Sevens shirts are supposed to bold, memorable and more than a little bit crazy – this ticks all the boxes.