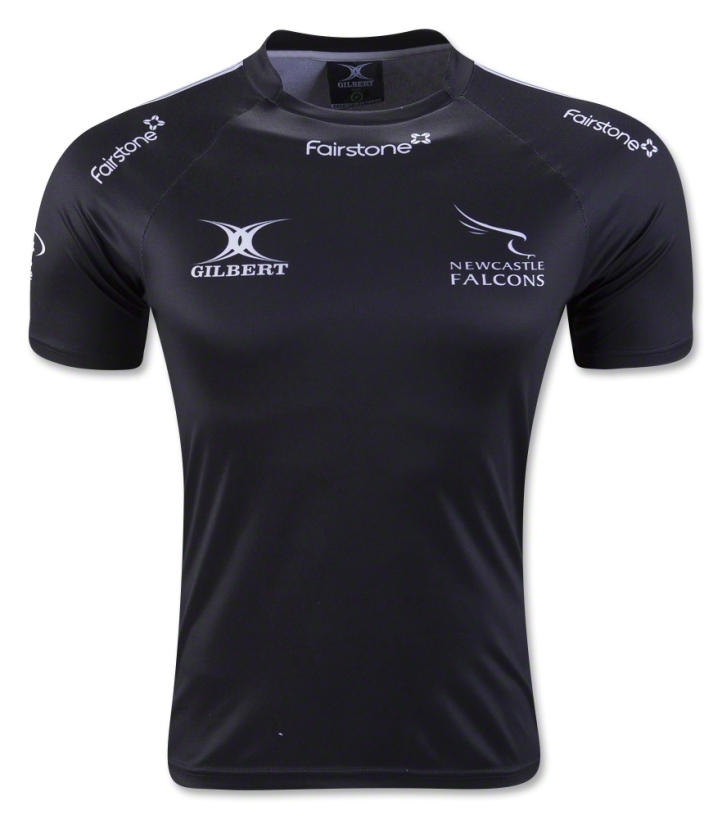 The 2014/15 season was another tough one for the Newcastle. The heady days of Johnny Wilkinson and their Premiership title win feel like a very long time ago, and as has been the way since they returned to the Prem in 2013, survival has to be considered a successful season for the English top flight’s only North East representative. 2015/16 looks like another relegation dog-fight for the Falcons, and for the second season, they’ll be doing it wearing gear provided by Gilbert.

Last season’s home shirt was a classy affair, with a predominantly plain black shirt broken up with only a bit of grey around the shoulders. They clearly got some positive feedback for that idea, because this year they’ve gone HAM down the plain black route, with barely any ornamentation on the shirt at all. Indeed, with main sponsor Fairstone now relegated to three logos around the neck and shoulders rather than a main chest motif, it’s almost too plain for its own good. 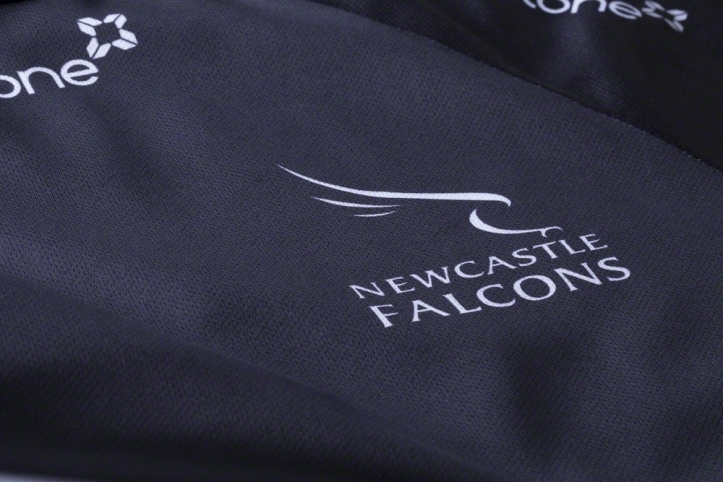 It’s probably the most plain top-flight shirt we’ve seen since the infamous London Irish O’Neills triumvirate from 2014, shirts so starkly plain, that we actually gave up reviewing them half-way through because we literally had nothing to say.

In truth though, this isn’t as bad as all that – the images we’ve managed to source are slightly misleading in how plain this shirt is. Around the shoulder, we again have a splash of grey – this year it’s series of thin grey stripes leading to a solid block of grey around the collar. It’s not exactly the nicest thing we’ve seen, but it looks pretty cool, and adds a much contrast to the blackness. 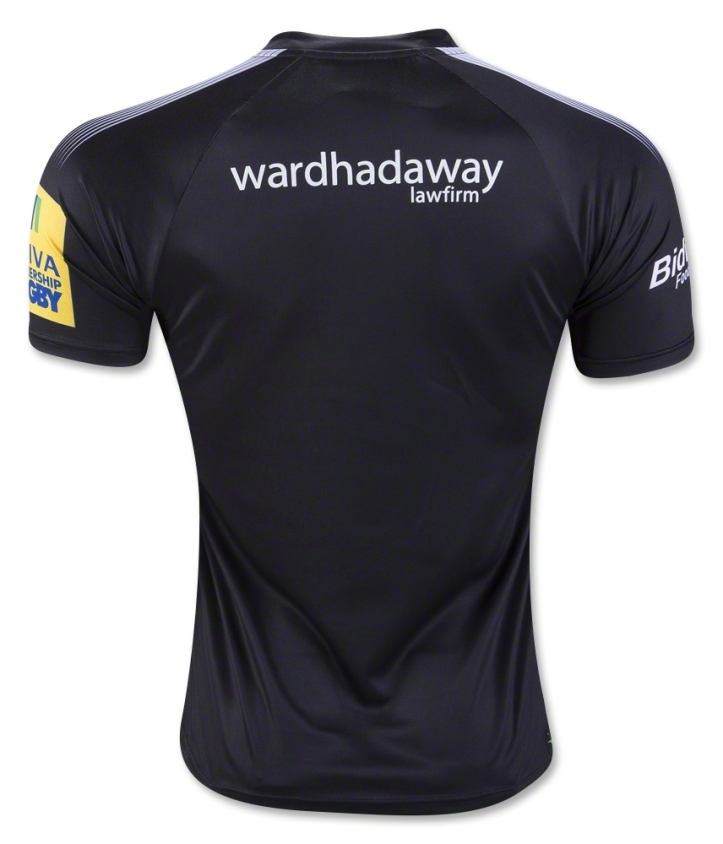 And it definitely needs it, because other than that this is an entirely plain shirt, with none of the tricks we often see from manufacturers to add a bit of interest to a solid-colour shirt in play – panelling, sublimated patterns and the like.

Plain isn’t bad however, and while it can sometimes be a bit boring, there’s a lot to be said for a classic look. We’re not sure about the swapping of a main sponsor logo for three smaller logos, however – it makes the top of the shirt feel a little cluttered, and unbalanced. Shame. 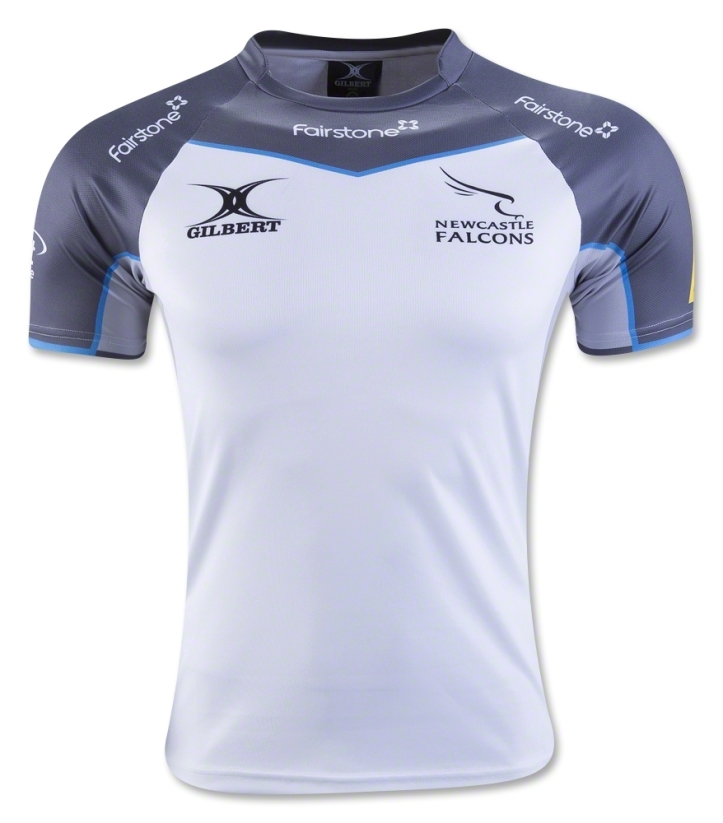 If the home shirt is plain to the point of being a little bland, the same certainly can’t be said of the alternate design – in fact it’s one of the most interesting and good-looking designs Gilbert has produced in recent years.

On the surface, it’s using the same chevron-based design template as the rather unfortunate Dragons home shirt, but where that turned into an over-busy mess of dragon scales, this is a much cleaner and more attractive affair. 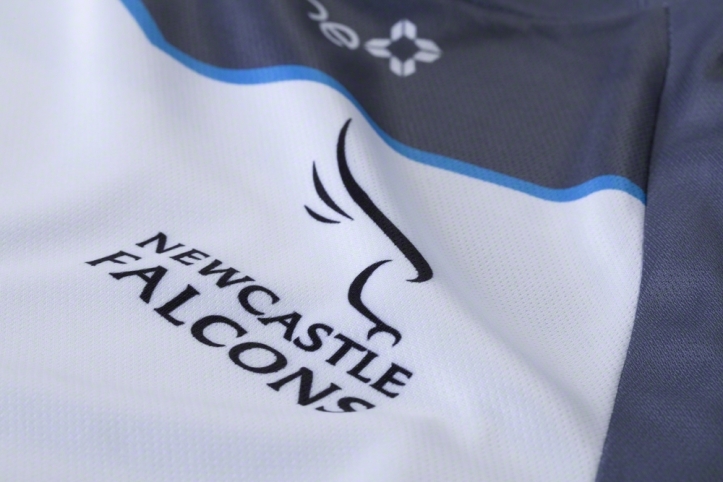 Instead of awful sublimated patterns then, the colours are kept plain, and the results are undoubtedly attractive. The way the white contrasts with the dark grey of the chevron and sleeves is striking, and the bright blue pinstripes around the arms and chevron really lifts the design, adding a nice splash of colour.

We also like the way the design carried on the around the back of the shirt – it adds a nice two-tone vibe, nicely separating the top section of the jersey and its sponsors from the clean bottom half. 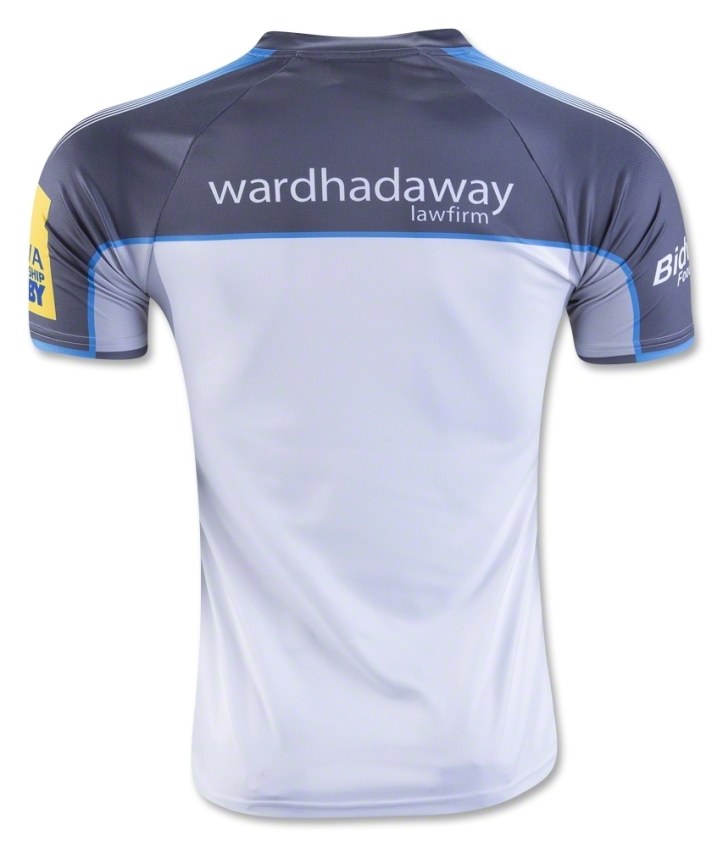 Again we can live without the sponsor triumvirate around the collar and shoulders, but at least the chevron here makes their positioning seem less random, placed as they are inside the grey area.

There’s nothing intrinsically wrong with the home shirt – it’s fine, but good god it’s hardly inspiring is it? Still, it’s not as plain as it could be, and most fans we’re sure would prefer a jersey to be too plain than too busy.

The alternate however, really works – the clean, industrial feel of the colours, the striking contrast of the chevron design, and the splash of colour from the pinstripes all combine to create a very fetching, very individual shirt. Another sign of progress for Gilbert in the design stakes.