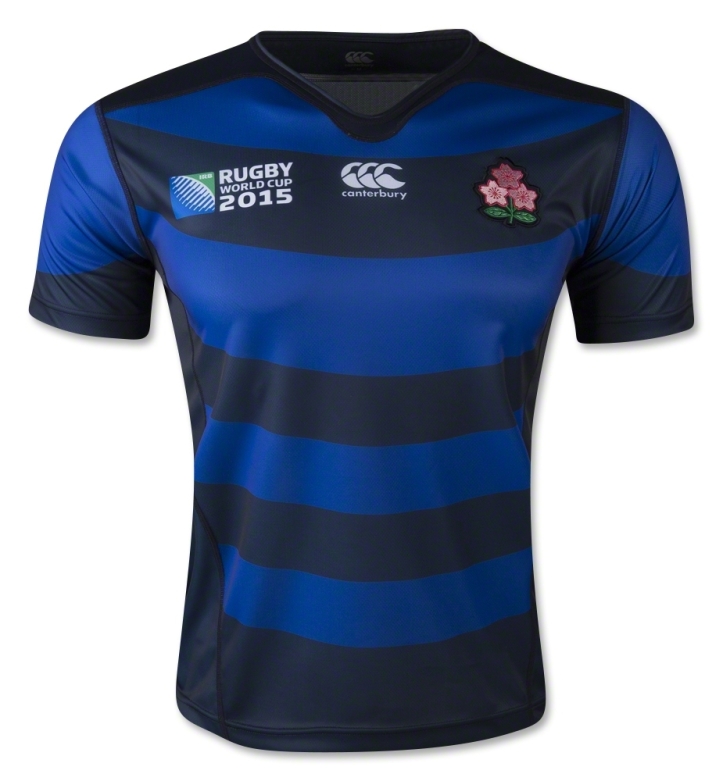 Earlier this week, we checked out the rather lovely new Japan Rugby World Cup home shirt from Canterbury. We were pretty darn taken with the cool new take on the traditional hoops – you could argue that they threw us for a… curve… (sorry)

The Japan alternate shirt has traditionally been, well… how can we say this… ‘Fucking dull‘? That may be a tad harsh, but let’s not beat around the bush here – the traditional plain blue change shirt looked like it should be more at home on the field of your local amateur club than at a Rugby World Cup.

There was nothing inherently wrong with them, but such a plain design invariably looked very off the peg. This year’s alternate might be basically the same as the home but with some swapped colours, but it certainly doesn’t look off the peg. 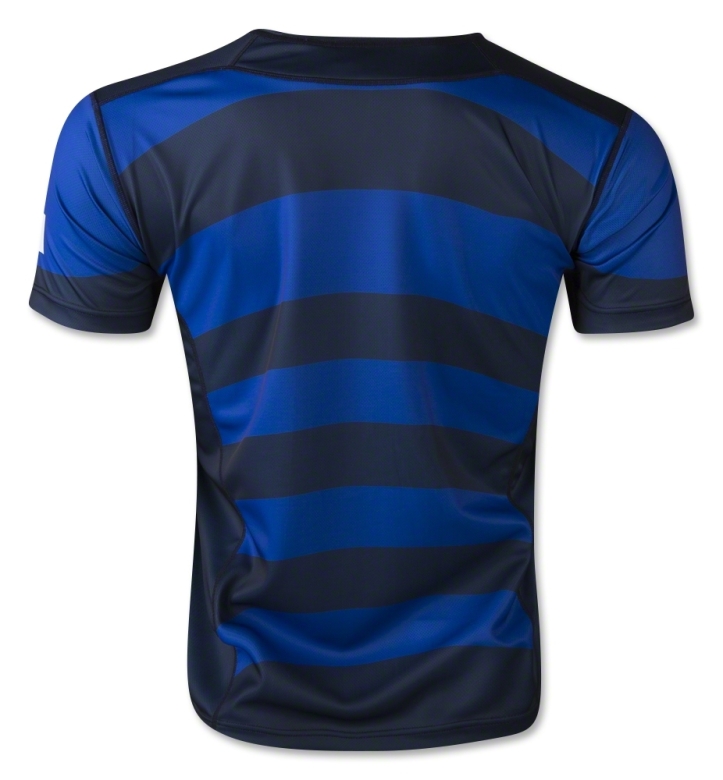 So once again we have the really cool and unique curved hoop design, but this time there’s more than just plain dark blue with white piping – the use of a second, brighter shade of blue as the contrast really sets this apart from previous Japan alternate jerseys, and is pretty unusual full stop.

While the home shirt is more classic and recognisably Japan, we really, really love this design. The cool use of colour blended with one of our favourite design templates of the tournament elevates it above the home – one that the neutrals will surely love.