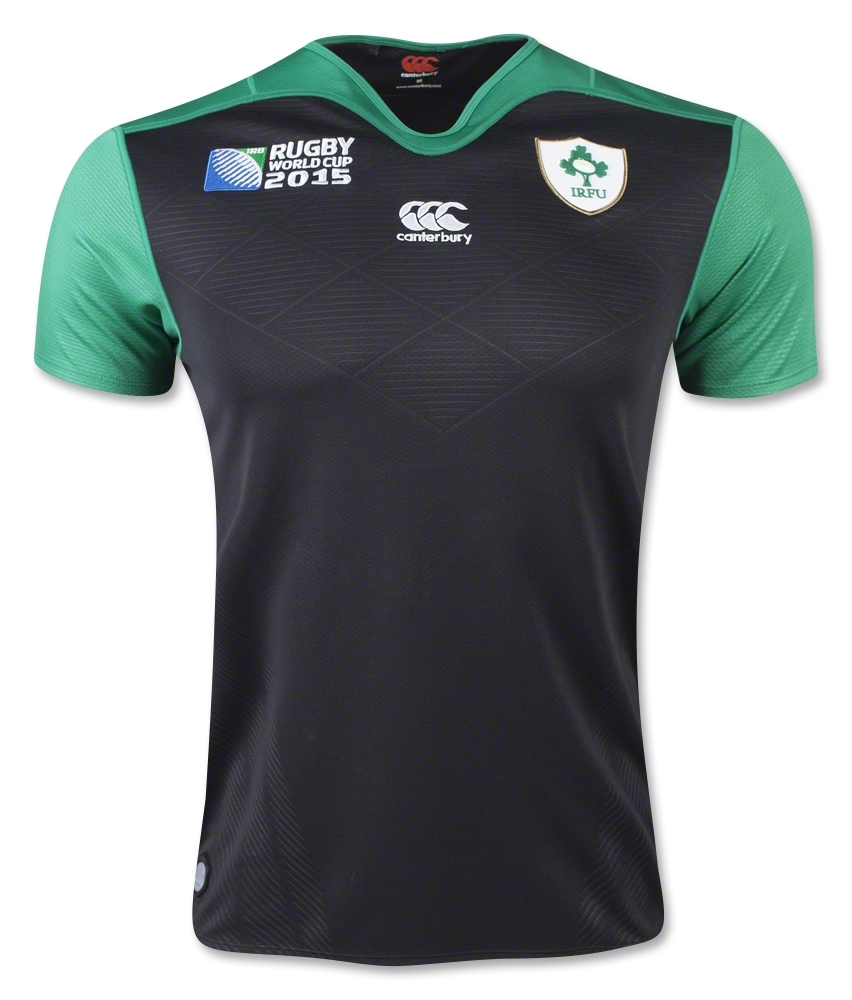 We checked out the new Ireland Rugby World Cup 2015 home shirt from Canterbury yesterday, and we were suitably impressed with the clean new design. Tournament rules dictate that there needs to be a change shirt, however, so we’ve got this all-black affair. Let’s dive in…

Let’s get the basics out of the way first – as with the England alternate shirt, what we have here is basically the same design as the home shirt, but with some colour-swapping, however, whereas with the England shirt, Canterbury opted to go for a slightly different shade of red for the sleeves and 360° Loop neckline, here we’ve got black and green for an altogether more stark contrast. 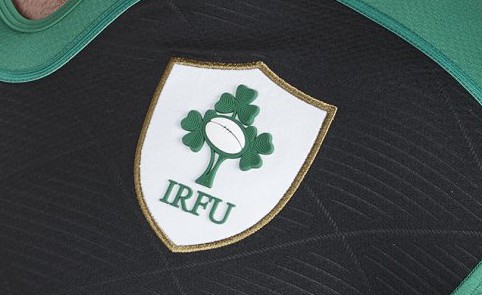 Other than the stark colour contrast, things are pretty much the same as the home shirt – we’ve got the cool diamond chevron pattern, and that absolutely awesome 3D injection-moulded IRFU crest. Both things are probably more noticeable against the black, particularly the badge, which really pops against the black.

The controversial thing here is the colours, or perhaps we should say colours. It’s not the first time Ireland have opted for a black alternate shirt – as recently as the Puma days they went for the black with green hints option. Traditionally though, the change shirt has been white, as with last year’s rather awesome pinstriped design.

And looking at this design, we can’t help but feel like that might have been the best option here, too. There’s something about the black and the green here that just looks… wrong. In truth it looks like a training shirt.

With the England alternate shirt, Canterbury used the 360° Loop neckline and sleeves to create some contrast and interest to the design by using different shades. This on the other hand, feels a bit like two different shirts that have been sewn together and don’t really fit.

Canterbury has been one of the most consistent and creative kit suppliers of recent years – even when they’ve tried something bold an unusual, they’ve usually pulled it off. It’s a genuine surprise to us then, when they produce something we don’t like, as is the case here. It’s not terrible, but it something just doesn’t feel right – it falls short of Canterbury’s high standards, and is definitely one to forget.