The brand new Springboks Rugby World Cup home shirt was released to some fanfare a week or so ago, but also released then, to much less attention, was South Africa’s alternate shirt. The Boks dark colour scheme means that there’s a decent that this shirt could have some use beyond the fact that it’s tournament-mandated by World Rugby – potential knock-out stage meetings with the likes of Scotland, Samoa or Ireland could all see this shirt used.

And it has to be said, this is a rather classy, fetching affair from ASICS – a simple colour-swap of the home shirt it may be, but the use of white with the dark green sleeves and collar is a very appealing combination. The yellow accents on the protea badge and on the inside of the collar are rather nice, too. 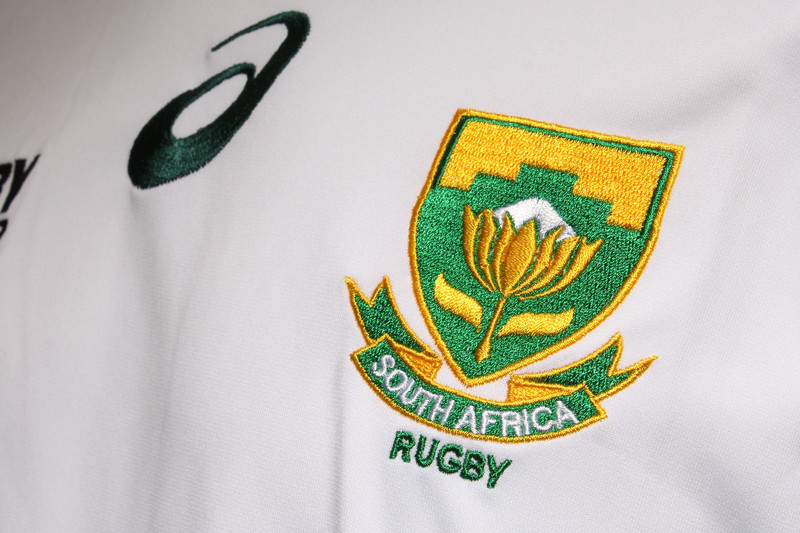 Handsome and effective the colour scheme may be, but if you’re looking at this shirt and scratching your head over the weird sense of deja vu that’s come over you, well you’re not alone. As you’ll no doubt know, ASICS has two big names in rugby right now – Australia and South Africa – and since they took on both of these nations, we’ve been pleasantly surprised that there’s little replication between the two rivals, design-wise, and unlike many suppliers, there’s not seemed to be much template-sharing between the two.

While this trend continued with these two World Cup shirts from a design perspective – the collars and general design of the shirts are obviously starkly different –the colours chose for the alternate shirts of both teams are, well… let’s not beat around the bush here, they’re pretty much the same.

Yes, the Wallaby green is a good deal lighter and more emerald-y than the Springbok shirt, but at a glance they look very similar indeed. Not Under Armour similar, admittedly, but still a lot closer than we’d like. They’re like creepily over-familiar cousins, and that sort of thing just doesn’t fly, even in Australia.

ASICS Australian and South African divisions are independent of one-another, so we wonder if this has all happened by accident – it seems unlikely, but it would explain why two teams would have such coincidentally similar alternate shirts.

We understand a team wanting to make the most of its basic colour palette, and there’s little doubt that this Bok alternate shirt is more visually appealing than last season’s gold-focussed design, but we can’t help wishing they’d taking a look back at recent history and revisited Canterbury’s experimentations with lime green on the alternate shirt – now that would have been something. 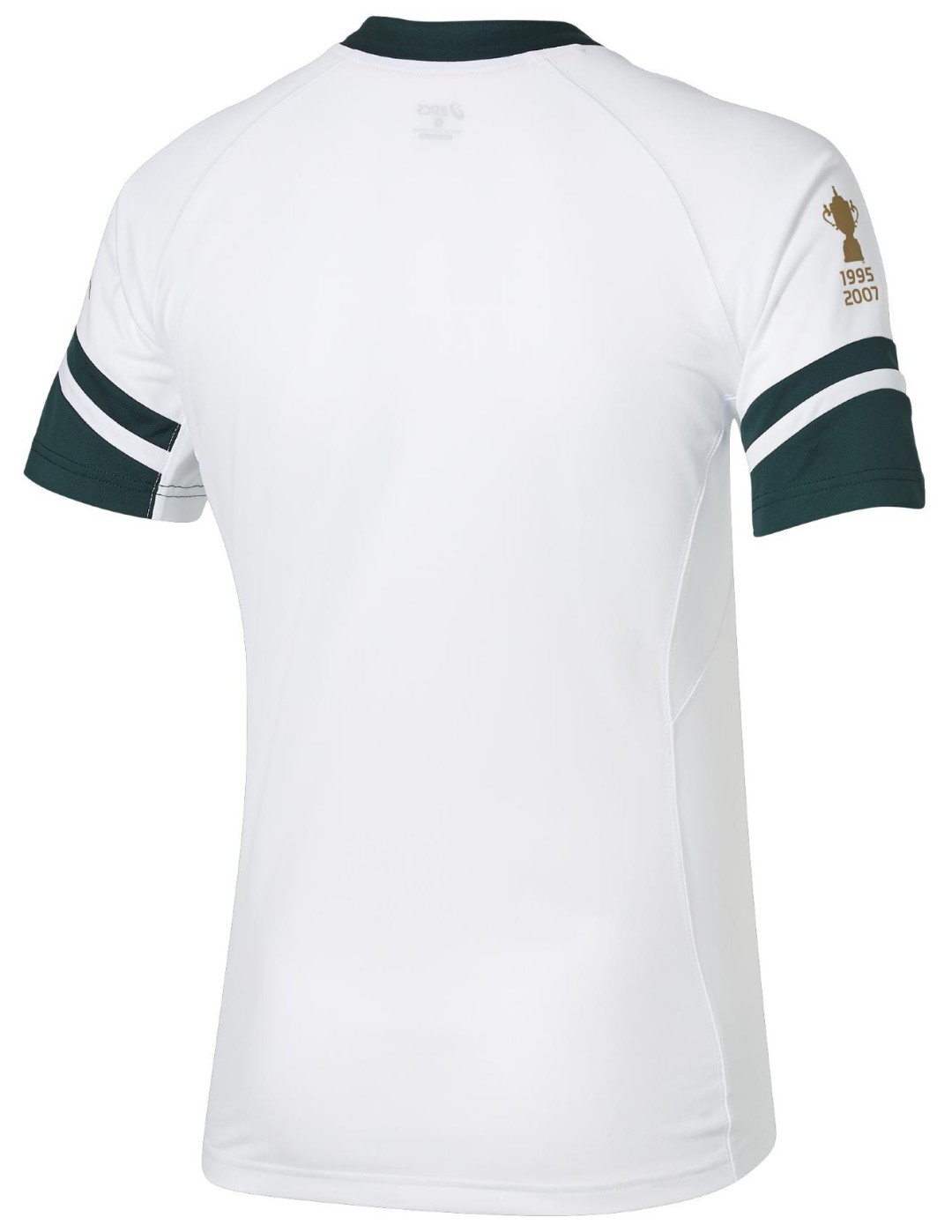 White is the alternate shirt colour du jour for many teams that use a darker colour as their primary in the rugby world – it’s a simple route to minimise clashes and looks good with pretty much any contrasting colour you choose to throw at it.

This is a really handsome shirt, let’s not forget that for a second – the colour scheme works really well with the basic Bok jersey design. What’s a shame then is that ASICS has chosen to use this winning formula for both its Rugby World Cup teams’ alternate jerseys – it doesn’t make either kit worse than the other, but it does diminish both of them slightly for being so very similar.