When it comes to Rugby Sevens, New Zealand are, if anything even better at it than they are at the 15s game. Just look at the history of the World Rugby Sevens Series – since the tournament began in 1999, they’ve topped the overall series standings a brain-melting 12 times. In the frenetic, ‘everything can change in one play’ world of Sevens, that’s a remarkable level of consistency and dominance.

You’d be a brave man to bet against the All Blacks retaining their crown in the the 2014/15 competition, and from Dubai onwards, they’ll be doing so wearing a rather natty new shirt from Adidas.

We like the way that all three senior New Zealand shirts this season share common elements that hold them all together thematically. As seen very subtly on the new All Blacks 15s home shirt, and a lot more evidently on the alternate shirt, the ‘fern’ motif is continued here – moved into a more prominent position on the underside of both sleeves. It’s pretty cool looking, and manages to provide real distinction between this shirt and the 15s jerseys. 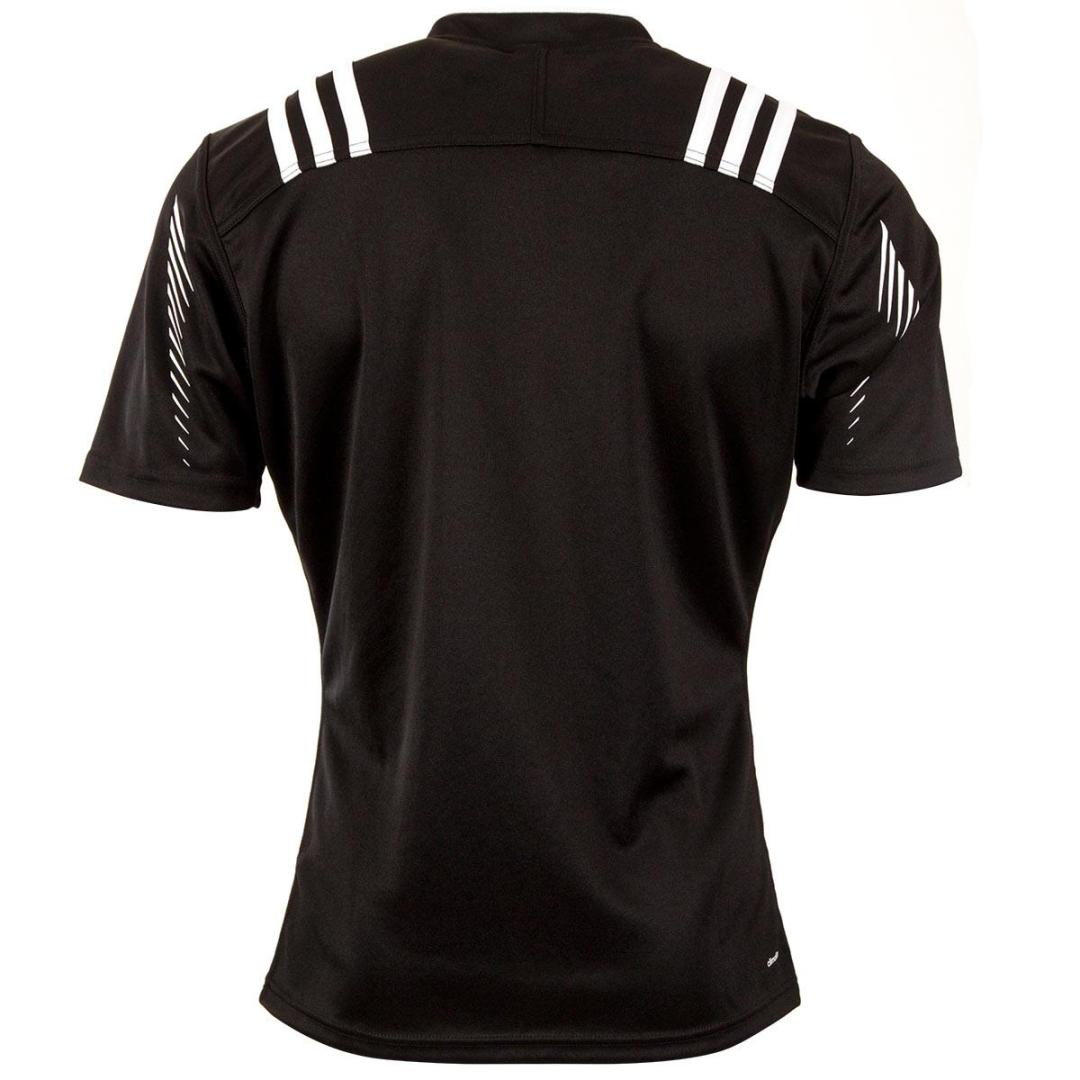 One of the key differences between the All Blacks Sevens shirts and their 15s shirts has been the presence of the famous Adidas stripes. In previous years they’ve been the standard ‘down the sleeve‘ type, but this year they’re replicating the new France jersey in having them go over the shoulder. We’re still not massively keen on this, but it’s not too offensive. It’s also worth noting that this shirt is black with white trim, as opposed to the dark grey featured on the ‘Blackest Jersey Ever’ 15s home design.

With this sevens jersey then, the All Blacks have a triumvirate of classy, modern and clean shirts, that will no doubt be worn through yet another season of boringly predictable brilliance in all forms of the game. Not that we’re jealous, of course…