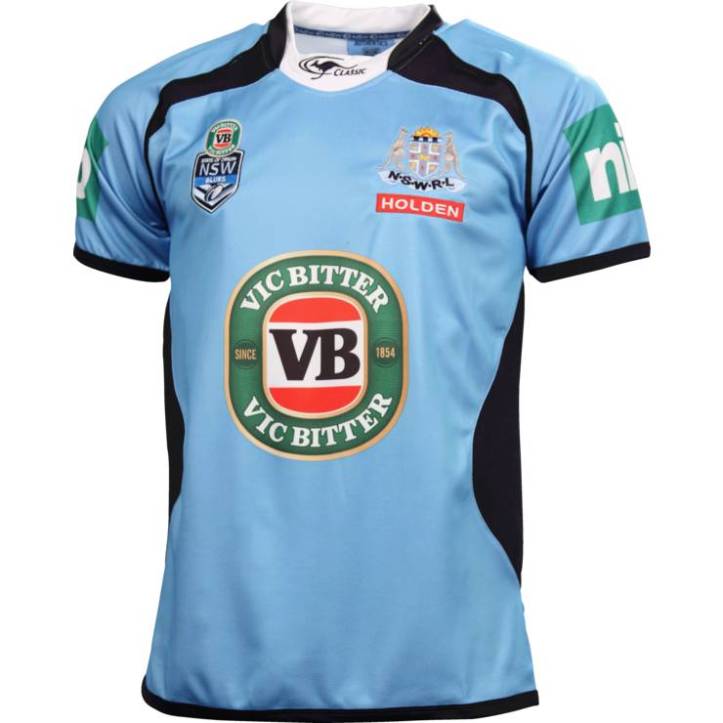 With only a smattering of internationals a year, the biggest events in rugby league are undoubtedly the Super League and NRL Grand finals, Challenge Cup and, above all, the State of Origin series Down Under. Three matches played between players from Queensland and New South Wales that rivals the colour, intensity and passion of any Six Nations derby, with the added spice that most of the players are up against their usual club mates.

Queensland have an impressive streak that surely must rankle the NSW Blues, but with a team that boasts World Cup and Premier winners, there’s no reason they can’t stop the Maroons from getting to nine in a row.

Their jersey this year comes again from Classic Sportswear, an Aussie brand who haven’t had much of a profile on the union side of things, though they have recently re-signed the Brumbies’ and turned out goodish jersey for this season. On the league side of things though, they’ve been pretty big players down the years and have adapted enough to produce a stylish jersey, that doesn’t quite match their opponents‘ shirt, yet is still a solid offering in its own right. 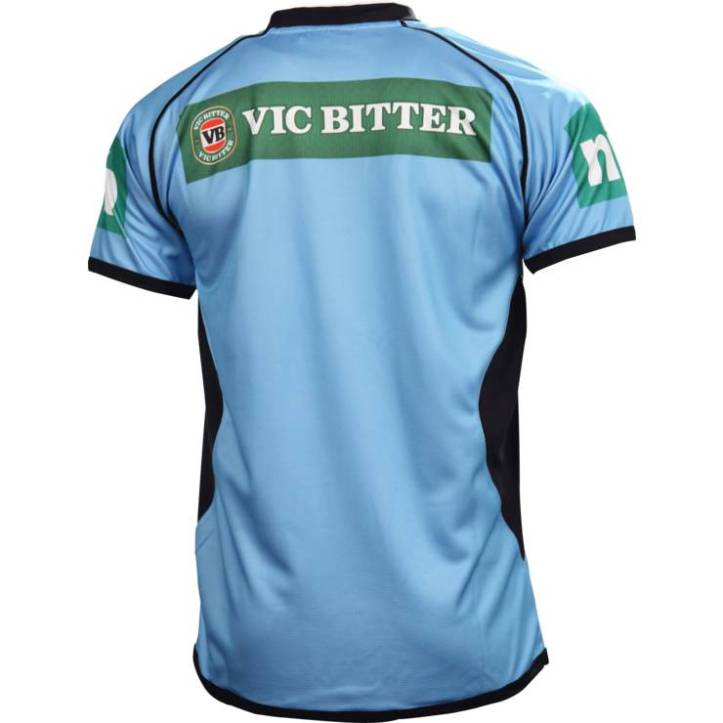 Whereas their neighbours to the north have gone for an overwhelming reliance on the single-colour scheme, NSW will be sporting a diverse palette that starts with their awkward Victoria Bitter sponsor. The red, green and gold slap bang in the middle of the shirt could be a major distraction on the light blue base, but smart placement of green logos on the sleeves and a small red Holden stripe under the state badge help balance everything out. Even better are the dark blue stripes on the shoulder and the curved panels on the side, that really help give the light blue a bit more impact and give the shirt an almost chiselled, muscular frame that we’re sure will become evident when being worn by the hulking 18 stone NSW pack.

It works even better on the back, taking away from another Victoria Bitter logo (we get the point) across the shoulders. Overall we’ve got nothing to complain about the jersey, with the white collar adding a nice contrast even though it resembles a vicar’s dog collar, but did Classic really need to yet add another, small VB logo over the right NSW badge? 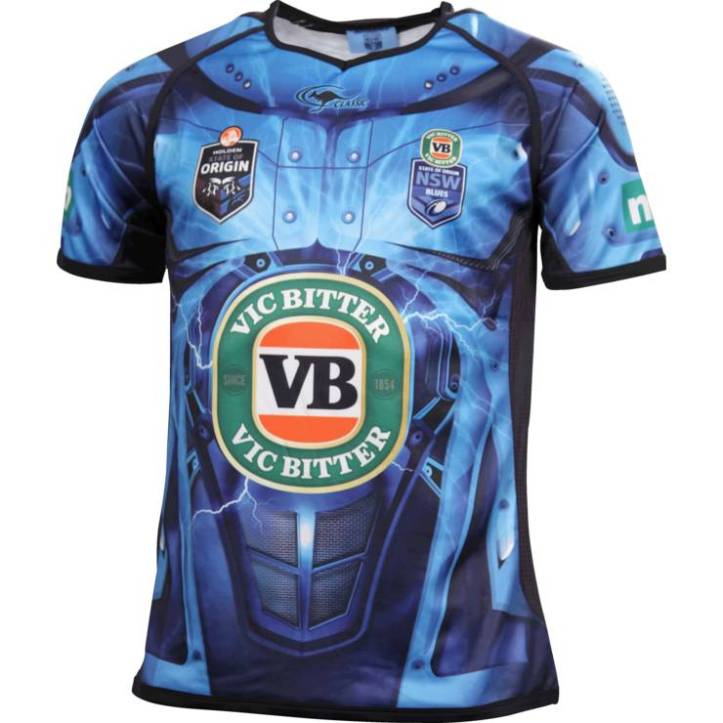 Whoever thought that up probably came up with the eclectic, lighting blue training top. It’d be shit enough if it was an original idea, but being as it’s a blatant rip-off of the NZ Warriors’ third jersey means the designer has neither taste nor morals. Bloody crims…