Continuing our sojurn into the world of rugby league, here’s part two of our 2014 Telstra NRL Premiership 2014 round-up. You can read part one here, enjoy… 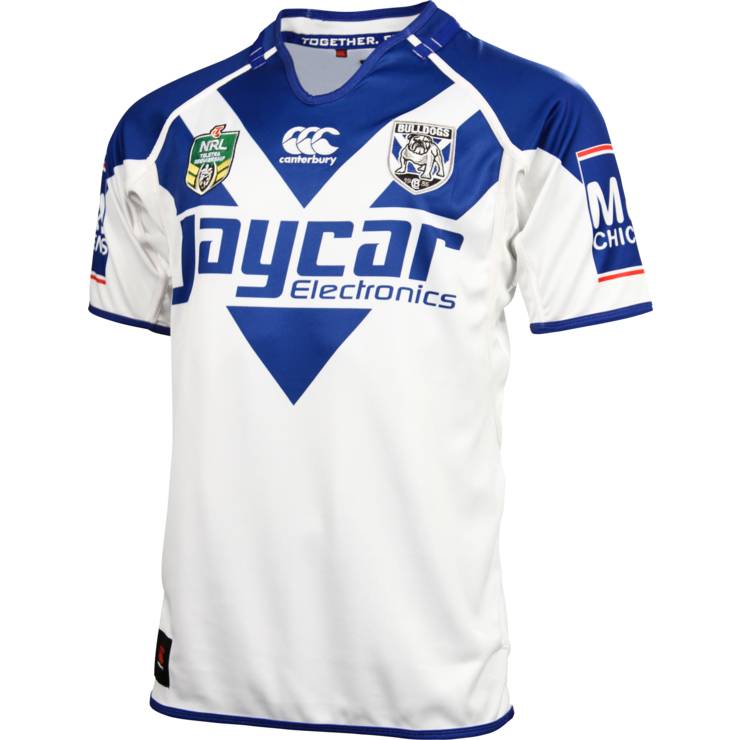 Yes, there’s a Canterbury in Australia too, and unlike their namesakes across the Tasman, the Doggies thankfully have their kits designed by rugby union stalwart Canterbury.

As is the case with their union jerseys at the moment, simplicity and tradition are key here. With the blue double chevrons and shoulder stripes against a white background that the team have employed since the 1960s. The blue trim on the sleeves and bottom also cap off this stylish number, which is similarly reversed with the away jersey.

The Dogs have also got the advantage of the Jaycar Electronics logo fitting seamlessly into the fit, unlike the gaudy yellow block of camp Quality logo a few years back, and even the Mitsubishi logo of the mid-2000s that, weirdly, made them look like they were wearing a tyre.

The Knights are another team to have their kits done by ISC, who only branch out of league into AFL and Yorkshire (nee Leeds) Carnegie and London Irish.

Whereas the Roosters’ colours lend themselves to a simple ISC jersey, the Knights’ red and blue stripes sadly just don’t work together, and therefore limit how nicely a kit can really look. Whether they’re vertical stripes or horizontal hoops, using those two shades solely doesn’t make for an appealing kit.

Let’s be honest, it looks like a Crystal Palace away kit from the 1990s, and we don’t see Mark Bright anywhere on the Knights’ squad list…

However, things get a lot better with the away jersey. Whereas last year’s was a simple white affair with a red band across the chest and blue shoulders and sleeves, this year’s offering is far more daring. A large blue chevron and red strips down the side and under the arms make for a lot cleaner design. In fact even the white collar with red on the inside means it might potentially look even better off than it does on! A definite game of two halves.

SHIT/GOOD RATING: BOTH SHIT AND GOOD

Now this is quite something. Fairly new to the rugby league party, the Cowboys however boast a great pedigree when it comes to standout jerseys. Last year’s home and away efforts were both stylish, incorporating the blue and white of their club colours respectively. But this year fans are in for a treat from ISC.

Similar to the Brumbies in both colour and appearance, the team Jonathan ‘Jiffy’ Davies briefly played for will be taking to the field this season in this gorgeous number, which breaks up the main blue body and white shoulders with a striking quadruple yellow chevron. The blue is noticeably darker than the royal shade used in last year’s and really adds to the contrast. 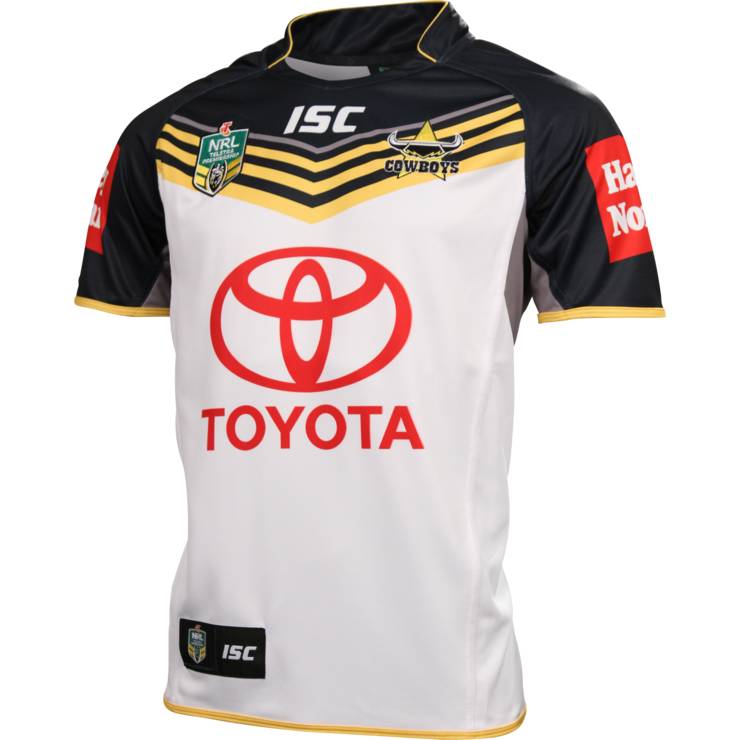 The away jersey is the exact reverse, expect that confusingly the Toyota logo that fits in so neatly on the home is turned red, spoiling the well-balanced concept. Each is topped off with yellow trim on the sleeves and bottom. If there was a table for quality of place the Cowboys would easily better their finish of eighth last term.