It goes without saying that there are a lot of rugby shirts released at this time of year. And as a fairly small team of all-singing, all-dancing (not really) rugby shirt hunting truffle hogs (not really that either) occasionally a fairly massive launch will happen and for whatever reason, we’ll totally forget to write about it. So um… yeah… Sorry Ireland.

So thanks to Twitter follower Tom Parkin for reminding us that we’d shamefully forgotten to review the new shirt from the men in green, while remembering to do such rugby powerhouses as Canada, Japan and er… Scotland.

So here it is, Ireland’s final Puma shirt, squeezed out just before the German sportswear firm pulled out of its deal with the IRFU earlier this year, clearing the way for a new supplier, rumoured to be Canterbury, to shod the Irish from next November. We’re somewhat sad, to be honest – Puma have, by and large, turned out pretty nice kits for Ireland in the last few years. They’ve been simple, classic-looking… and almost always completely ruined by some utterly wretched grip-tape weirdness.

WELL LOOK WHAT IT IS. Yup, just look at that weird, pseudo-modern mess shitting up the front of an otherwise perfectly inoffensive rugby shirt. Apparently, the Puma designers have only just got the new TRON film over in Herzogenaurach, and have decided that random lines all over the front of a shirt are FUCKING COOL. We, on the other hand, think it looks monumentally fucking stupid.

It’s almost as if they’ve chucked it in at the last minute to try to convince the IRFU that they hadn’t completely phoned in their last shirt design for a partner they were about to dump, and so they’ve turned out what is, frankly, an incredibly plain shirt, and stuck the weird wavy grip tape all over it like an over-elaborate box of chocolates.

One of our favourite bits of the shirt, ironically, is one bit you won’t see – the inside of the collar has the coats of arms of the four provinces – Ulster, Leinster, Munster and Connacht – displayed proudly. It’s a nice little touch and a reminder of the truly unique nature of the Irish rugby team. As you can also see, if you buy yourself a ‘Players’ version of the shirt, you’ll also get a handy pouch on the back of the neck to slot your GPS tracking unit in – and who hasn’t got one of them kicking around? 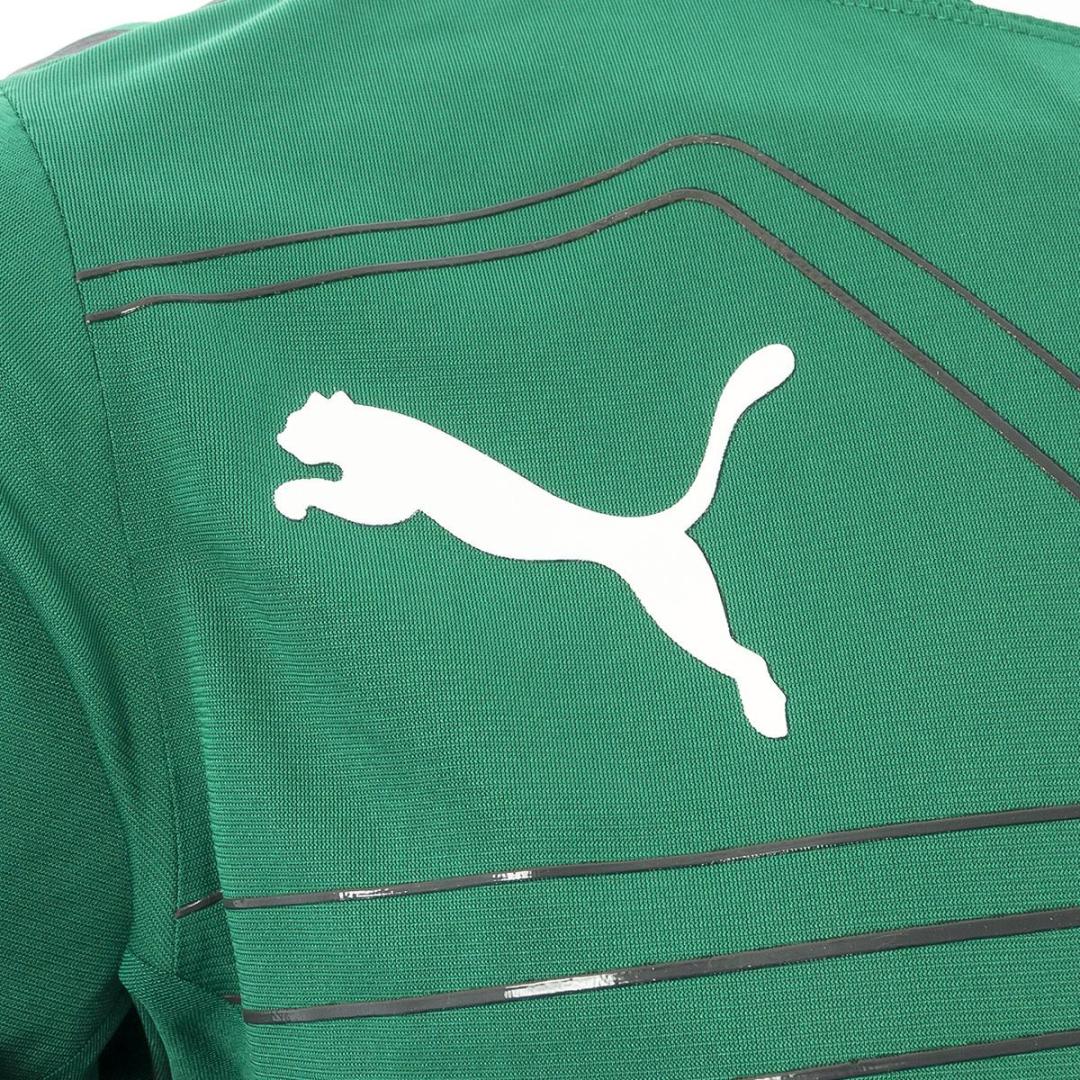 While on the surface, this is actually a pretty decent, if very plain shirt, that grip material kinda ruins things again, and if we’re honest, this does all feel a bit phoned in as far as Puma is concerned. We’re not against simple, classic shirts at all, but a few tiny bits of black and white aside, this is basically just a plain green t-shirt with some writing on it – is that really trying on Puma’s part? We’re not so sure.