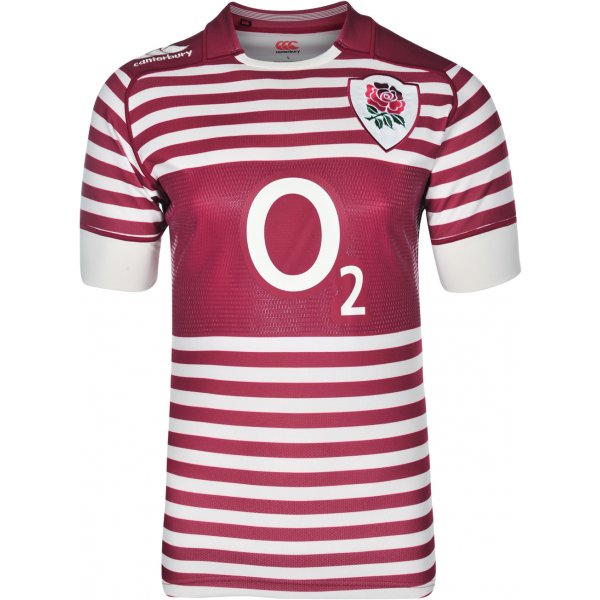 After a great deal of hype and intrigue over the last few weeks, Canterbury officially unveiled the new 2013/14 alternate shirt – and it’s caused quite a stir…

From black kits to purple kits to rose thorns and ‘George cross swooshes’, it seems that any time England deviate from anything moderately traditional, the Barbour jacket brigade are up in arms faster than you can say “warm ale from the back of a Volvo estate in Twickers’ car park”.

If you’ve read a newspaper or looked on social media in the last 24 hours, you’ll see that Canterbury’s latest effort has been greeted with similar furore, but the irony is that tradition is at the very heart of the kit’s design. The kit draws heavy inspiration from a painting that hangs on the wall of the President’s Suite at HQ, ‘The Battle Of The Roses: Yorkshire Vs Lancashire‘ – which depicts a late 19th Century game between two of the game’s early powerhouses.

As you can see from the image, the new kit’s design is heavily, heavily informed by the Lancashire kit in that painting, with a few subtle modern concessions, and yes, we actually really like it. Thin stripes are rarely seen on modern kits, with hoops being the preferred stripy option, but they look really striking here, while the blocks of solid colour on the shoulders and across the chest stop it looking too retro and outdated. We really like the shield containing the red rose – we can see that becoming a theme – and our only minor quibble is the CCC logo, which we think is a bit too high up on the shoulder… 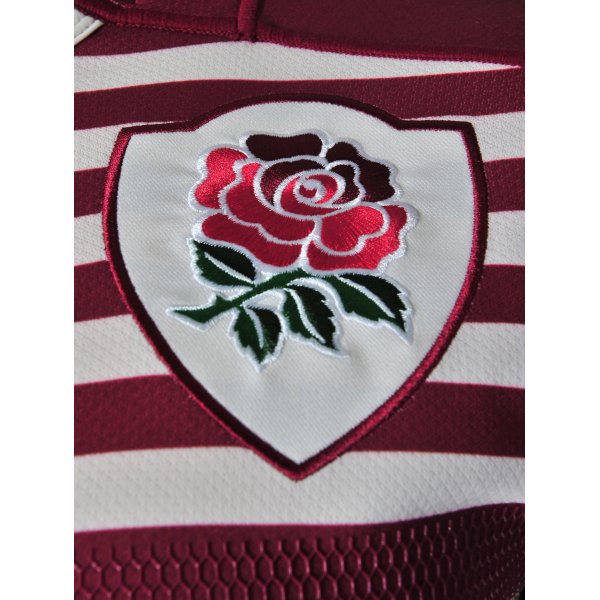 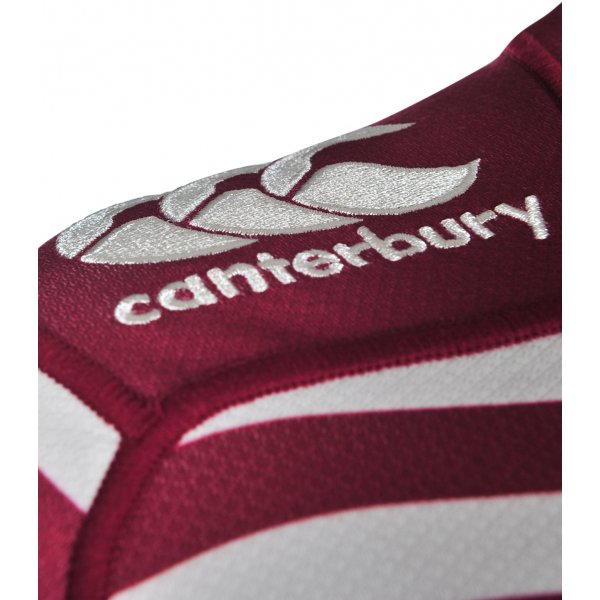 The design of national team kits are so ingrained on our pshyche as rugby fans, that we can be reactionary whenever a kit designer tries to do anything that deviates from the norm with it – but it’s a silly and counter-productive feeling. At the end of the day, this is an alternate kit – and we all know that alternate kits are one of the few opportunities that teams and suppliers have the chance to try something new and interesting with shirt design, so why get het up about it? See it for what it is and enjoy it.

Call it a sailor’s costume, call it a Victorian gentleman’s swimming costume – this is a clever, nicely designed kit with loads of really nice touches. And if you don’t like it, there’s a home shirt coming out soon, that’ll very probably be white, so just buy that instead – simple!