Times are hard for Welsh domestic rugby, but regardless of the off-field shenanigans, a new season is a time for optimism for fans, and what better way to epitomise that optimism than a run-down of the new shirts the regions will be sporting in 2013/14. 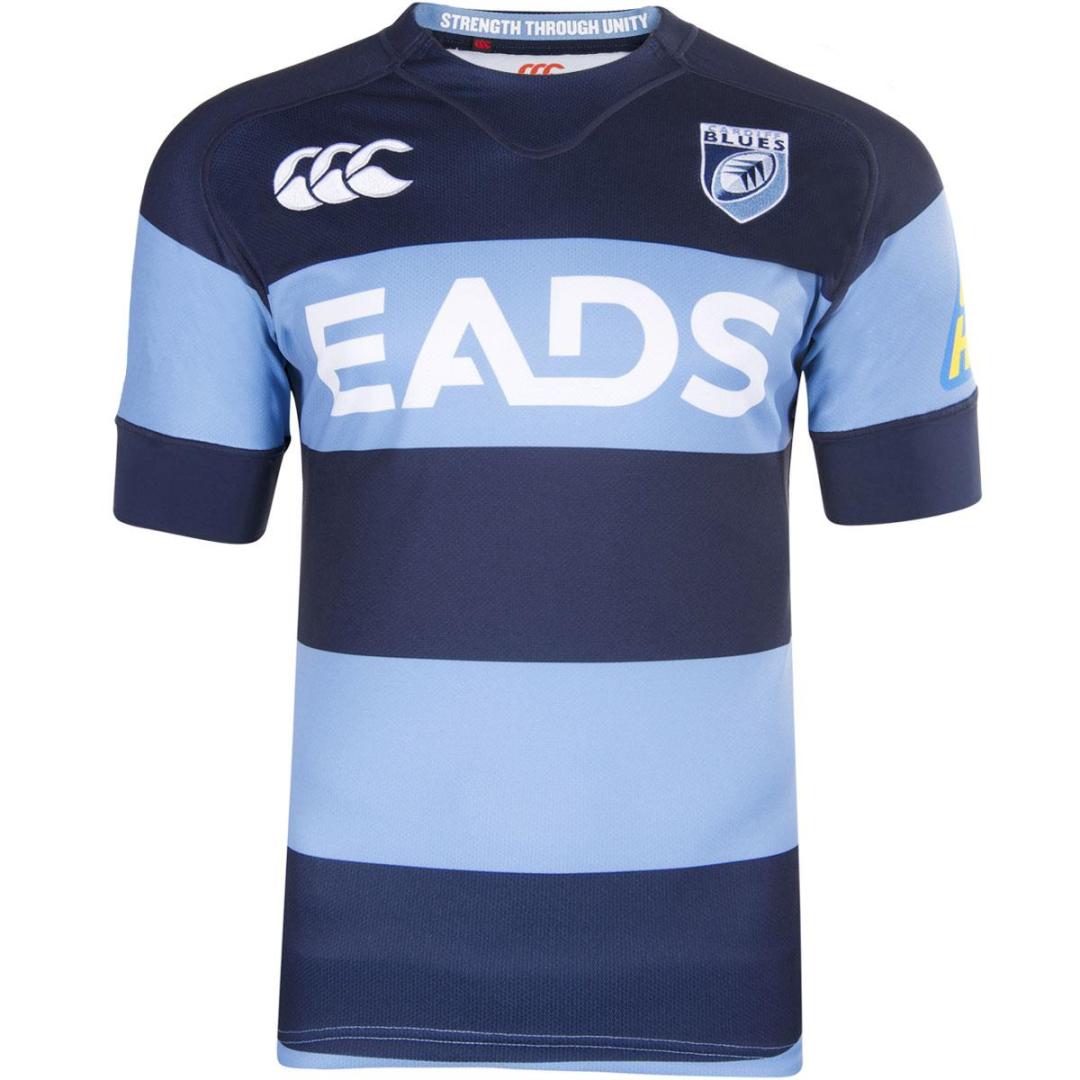 By far the most interesting and controversial new kit to be released this season from any team – why? Well, just look at those stripes. The Blues abandoned Cardiff RFC’s traditional blue and blue hoops to avoid them being seen as just Cardiff by another name, but the Blues’ decision to bring the hoops back (albeit with two shades of blue) is a controversial one, as it’s clearly going to alienate fans of Pontypridd and other feeder clubs for the Blues region, who aren’t exactly its biggest fans to begin with. Still, it’s a lovely shirt – classy, classic and subtle.

The Dragons have done some smart recruiting in the offseason, but while I think they’ll be less hopeless than they were last year, it’s still likely to be a fairly long slog for Newport fans. And what better way to reflect this moribund fatalism than by picking up the latest rubbish Dragons shirt? Another year, another bland black shirt with tacky flame motif accents. Newport RFC fans will be irked to find perhaps the smallest amount of yellow on the kit yet, while everyone else will be mistaking it for a market stall Ospreys shirt. Awful.

Want more from the RaboDirect Pro12 Check out the new Ospreys and Scarlets shirts here, or check our our round-up of the Irish Provinces shirts here.